Why The GOP Might Pick Up Colorado’s Newest District 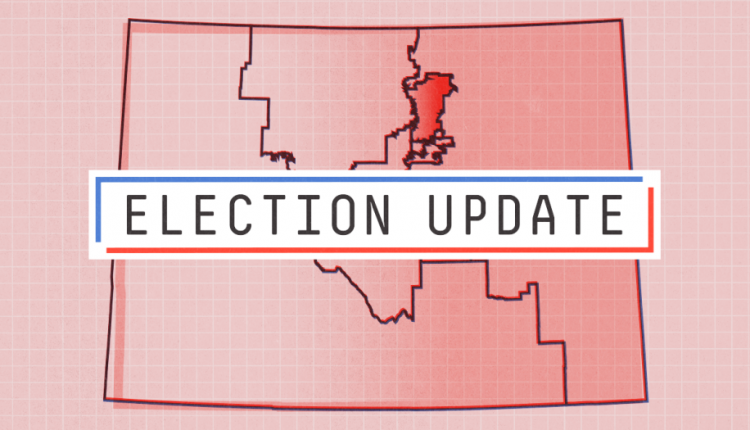 During the reapportionment process after the 2020 census, Colorado was awarded an additional congressional district, giving it a total of eight. This new district was designed as fairly competitive and indeed has the hallmarks of being tough to predict in November: The southern part of the district encompasses a portion of the Denver suburbs and includes a large Latino population, who historically supports Democrats, while its northern counties are much more rural and Republican.

But this district isn’t a pure toss-up. The 8th District leans very slightly toward the GOP, with a partisan lean of R+3,1 and right now, Republican candidate Barbara Kirkmeyer has a more than 2-in-3 chance of capturing the Centennial State’s newest district, according to FiveThirtyEight’s 2022 midterm election forecast.2 And this district has a few quirks that could make it a winner for the GOP, including its demographics, each party’s candidates and national interest in the race. As a result, this district could be another disappointment for Democrats — who are expected, at least by our metrics, to lose control of the U.S. House following this year’s midterm elections. Let’s break down why this brand-new district is currently looking to be a red one this fall.

We have only one internal poll of the race, sponsored by Democrat Yadira Caraveo, and it gives Kirkmeyer a 2-percentage-point edge. But since late summer, a handful of political prognosticators (including us) have moved the race more squarely in Republicans’ column.

This new district represents what is likely to be the state’s most hotly contested race — in part due to its politics and demographics. According to FiveThirtyEight data, Latino Americans make up nearly 35 percent of the district’s voting-age population — the largest percentage for any congressional seat in the state. Typically, Latino voters favor Democrats, but it’s not clear yet whether Caraveo will benefit much from the district’s racial and ethnic makeup. In fact, voters in the district backed Democrat John Hickenlooper for Senate by a margin of just 1.7 points back in 2020, according to calculations from the Colorado Independent Redistricting Commissions. (For comparison, Hickenlooper won the state by a margin of 9.3 points.)

The Redistricting Commissions compared results from eight recent statewide elections to see how voters in the new district cast their ballots. As you can see, the 8th District is far from a stronghold for either party. Recent elections have flipped from one party to another depending on the race and consistently feature narrow margins.

Plus, the inclusion of rural counties in the northern part of the district means Latino voters are outnumbered by non-Hispanic white voters, who veer conservative, said Jesse Acevedo, a professor of political science at the University of Denver. The district encompasses the northern suburbs of Denver, which tend to go blue, Acevedo told us, but it also includes the conservative Weld County. In contrast, he added, parts of the southernmost areas of the district are predominantly Latino, Democratic-leaning and low-income — but it’s not a guarantee that Democrats will win this bloc. “This is where the parties have to do the work to go in and try to motivate those voters to cast ballots in their favor,” Acevedo said. “And it’s not clear to me that the Democratic Party is doing the work that’s needed.”

Moreover, much like a significant chunk of voters in Colorado, a high share of registered voters in the district (46 percent) are unaffiliated with either major political party.3 Of the remaining electorate, about half are registered Republicans (24 percent) or Democrats (27 percent).

The district’s fairly even split in registration wasn’t an accident. Since 2018, the state has had an independent, nonpartisan redistricting commission that draws new district maps, which are then approved by the state Supreme Court. This means that Colorado’s Democratic-controlled state legislature wasn’t able to draw the new district in its favor, as we’ve seen in other states. Along with the addition of the new competitive district, the current map maintains the old map’s four Democratic-leaning seats and three Republican-leaning seats, and has a very low efficiency gap, which suggests that few votes are wasted. Given that the party not in control of the White House tends to do better in midterms, Republicans stand to benefit in this race.

But the high concentration of unaffiliated voters means moderation is key. An extreme candidate from either party is going to have a harder time winning here, and both Kirkmeyer and Caraveo seem to have taken that to heart. Kirkmeyer is one of the minority of Republican candidates who has explicitly denied former President Donald Trump’s baseless claims of a stolen election in 2020. And while she previously promoted strict anti-abortion views, Kirkmeyer has started distancing herself from them, including scrubbing anti-abortion language from her website. On the offensive side, Kirkmeyer has likened her opponent to progressives like New York Rep. Alexandria Ocasio-Cortez, and Republicans have highlighted a past endorsement of Caraveo from Vermont Sen. Bernie Sanders. Meanwhile, Caraveo and her allies have repeatedly tried to needle Kirkmeyer on her abortion stance. One ad from the Democratic Congressional Campaign Committee featured a clip of Kirkmeyer saying she “[doesn’t] agree to any exceptions to abortion,” though the Republican has recently endorsed one exception — if the mother’s life is in danger.

But persuading voters that Kirkmeyer is a GOP extremist might be a hard sell. That’s partly because prominent Democratic groups did the opposite when they ran ads during the GOP primary, attacking Kirkmeyer for not being reliably conservative. In fact, the party essentially propped up Weld County Commissioner Lori Saine, a conservative firebrand who was handily defeated by Kirkmeyer in the district’s primary. (To be clear, this isn’t the first time Democrats’ involvement in a Colorado race didn’t go as planned. The party implemented a similar tactic in the GOP primary for U.S. Senate, and voters ended up choosing the more conventional GOP candidate there, too.)

Moreover, the national Republican Party has heavily boosted Kirkmeyer’s candidacy. Last month, the National Republican Congressional Committee announced it was buying $2.6 million in television advertising in the district. The Democratic House Majority PAC is also investing in this race, but it’s primarily focusing ads in the Denver market, likely with the goal of getting out the vote in the reliably blue area. And outside spending for Kirkmeyer has eclipsed Caraveo’s fundraising haul.

Still, this race is no slam dunk for Kirkmeyer. Beyond politics and PAC money, the race might also come down to the hot-button issues 8th District voters prioritize as they head to the ballot box. The salience of these issues, like abortion access, especially following the Supreme Court’s decision to overturn Roe v. Wade and eliminate the constitutional right to abortion, could boost Caraveo. A recent poll from UnidosUS/Mi Familia Vota/BSP Research found that an overwhelming majority of Latino voters in Colorado (74 percent) believed that abortion should remain legal, regardless of their personal beliefs on the matter. The flip side is that other issues are more important to Latinos in Colorado, like inflation (their No. 1 issue, according to the poll), which could help Kirkmeyer since voters tend to trust Republicans more on economic issues.

In the end, the outcome of Colorado’s newest district may not come down to anything more complicated than the fact that it’s a toss-up seat in a midterm election environment that favors Republicans. Mystery solved.

Art Industry News: A Collector’s Priceless Trove of Cycladic Art Heads to the Met—But With a Huge Twist + Other Stories