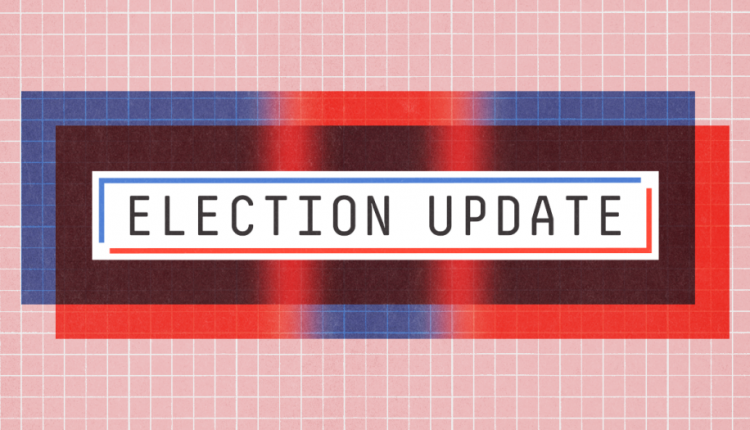 The Senate started out as a toss-up when we launched our forecast in June — and after a summer in which political developments mostly played to Democrats’ favor, there is now clear movement back toward Republicans. The FiveThirtyEight Senate forecast gives Democrats a 58 percent chance of keeping control of the Senate, down from a peak of 71 percent last month.1

How to translate a roughly 60 percent chance into words is a tricky one, since it’s right on the threshold where you might choose to emphasize that one party is ahead or that it’s pretty close to 50-50. Poker players use the term “flip” (short for “coin flip”) when two hands have about an equal chance of winning, even if the chances aren’t exactly equal. Most players would describe this poker hand as a “flip,” for instance, even though the pair of 10s would win 57 percent of the time.

In politics, the similar term “toss-up” is often applied, although the definition is fuzzy. We’re even inconsistent in how we use it ourselves.2

But let’s get real. If a friend asked me to characterize the Senate race, I’d say “it’s pretty fucking close,” and emphasize that neither party has much of an advantage. Here’s why.

For one thing, as of Thursday afternoon, Republicans realized a slight lead (of 0.1 percentage points) in the FiveThirtyEight generic ballot average for the first time since Aug. 2.

Obviously, a lead of a tenth of a percentage point isn’t much. The advantage may have flipped back by the time that you’re reading this. But the tied generic ballot overstates the case for Democrats. That’s because our polling average takes generic ballot polls as they come, which are a combination of polls of likely voters, registered voters and all adults. Our model, however, takes an additional step and adjusts polls of registered voters and adults to make them more similar to polls of likely voters, which this year have been more favorable to Republicans. So a tie on the generic ballot among all polls translates to a slight GOP lead with the likely voter adjustment.

Why Republicans’ odds of controlling Congress have improved | FiveThirtyEight

Something else that’s made this year’s forecast hard to convey in plain English is that there are three entirely plausible scenarios: A Republican sweep of Congress, a Democratic sweep or a split Congress (which would more likely involve a Democratic Senate and a GOP House, rather than the other way around). Until recently, a split Congress had the most likely of the three scenarios, though the chances of this outcome were under 50 percent. Now, however, a GOP sweep (41 percent) is more likely than a split (38 percent):

And all of that is before getting into the chance that the polls could overstate support for Democrats again, as they did in 2016 and 2020. This is a complicated subject; I mostly think the model does a good job of accounting for this, and one should keep in mind there’s also the possibility that the polls could be biased against Democrats. But I’m not entirely confident, so my mental model is slightly more favorable to the GOP than the FiveThirtyEight forecast itself. It’s worth noting, though, that some of the states where people had been most concerned about the polls being wrong, such as Wisconsin and Ohio, have shown a shift toward the GOP in recent weeks.

But the main reason why I think of the race for control of the Senate as a toss-up — rather than slightly favoring Democrats — is because there’s been steady movement toward the GOP in our model over the past few weeks. In principle, past movement shouldn’t predict future movement in our forecast and it should instead resemble a random walk. (We put a lot of effort in our modeling into trying to minimize autocorrelation.) This year, though, the forecast has moved in a predictable-seeming way, with a long, slow and steady climb toward Democrats over the summer, and now a consistent shift back toward Republicans.

What’s produced this pattern? It’s hard to know whether it reflects the real state of the race or is an artifact of how our model works. The summer produced an unusual streak of favorable developments for Democrats, from the backlash to the Supreme Court’s decision to overturn the constitutional right to abortion, to lower gas prices, to former President Donald Trump’s unhelpful involvement in the midterms, to a string of legislative victories for President Biden. There is, of course, a tendency to see patterns in random noise, but it’s as though the coin really did come up heads for Democrats six or seven times in a row.

From a modeling standpoint, another challenge is that Democrats were defying political gravity. The president’s party typically performs poorly in the midterms. There have been some exceptions and there is some reason to think this year may be one of them. But the model has been trying to balance polls showing Democrats having a pretty good year against its prior expectation that the electoral environment should be poor for Democrats.

As the election nears, the model relies on its priors less and trusts the polls more, so it was initially skeptical of buying into a post-Dobbs surge for Democrats. Right about the time the model had fully priced in Democrats’ improved polling, though, the news cycle shifted toward a set of stories that were more favorable for Republicans, such as immigration and renewed concerns about inflation.

It’s also possible to overstate the case for Republican momentum. Midterm elections tend not to turn on a dime in the way that presidential elections sometimes do. And there haven’t been any self-evidently important developments in the news cycle in the past week or so. If you’re one of those people who thinks gas prices are all-determining of election outcomes, they’ve even started to come down again slightly.

Rather, this is more a case of now having more evidence to confirm that the Democrats’ summer polling surge wasn’t sustainable.

That doesn’t mean it was fake: In fact, Democrats had a string of excellent special election and ballot referendum results in which they met or exceeded their polling. If you’d held the midterms in late August, I’d have bet heavily on Democrats to win the Senate. It sure would be nice to have another special election or two now, and to see how these polling shifts translate into real results. Polls can sometimes change for reasons that don’t reflect the underlying reality of the race, such as because of partisan nonresponse bias or pollster herding.

And certainly, Democrats have plenty of paths to retain the Senate. Republicans don’t have any sure-fire pickups; Nevada is the most likely, and even there, GOP chances are only 53 percent, according to our forecast. Meanwhile, Democrat John Fetterman is still ahead in polls of Pennsylvania, although his margin over Republican Mehmet Oz has narrowed. The model is likely to be quite sensitive to new polling in Pennsylvania going forward. If Democrats gain a seat there, meaning that the GOP would need to flip two Democratic-held seats to take the chamber, that starts to become a tall order. Nevada, sure, but I’m not sure Republicans would want to count on Herschel Walker in Georgia or Blake Masters in Arizona.

But the bottom line is this: If you’d asked me a month ago — or really even a week ago — which party’s position I’d rather be in, I would have said the Democrats. Now, I honestly don’t know.

Ever Wanted to Sleep Inside a Giant Acorn? See the Winners of Airbnb’s $10 Million Contest for (Rentable) Architectural Fantasias