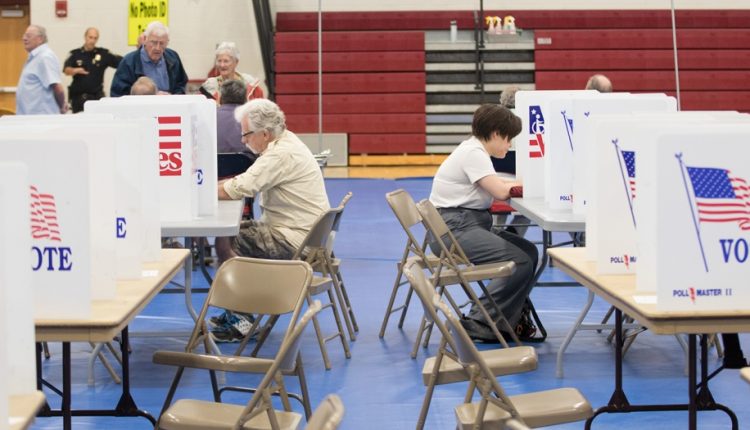 This November, Vermont voters look very likely to reelect Republican Gov. Phil Scott and to send Democratic Rep. Peter Welch to the U.S. Senate. Considering the candidates, the partisan disconnect between these two major statewide races might not seem shocking. After all, Scott ranks as one of the nation’s most popular governors and Welch has served as Vermont’s lone House member for eight terms, easily winning reelection over and over again.

But in the larger context of the 2022 midterm elections and national political trends, Vermont couldn’t be stranger. That’s because the voting margins in the Senate and governor races of most other states won’t differ that much, thanks to a decreasing tendency for voters to back one party’s candidate in one race and the other party’s candidate in another — an electoral phenomenon known as casting a split-ticket vote. While there will still be at least minor differences in these races, nowadays most voters tend to fall in line behind either the Democratic or Republican candidates, making it more likely that a state’s election results for Senate and governor will look pretty similar.

This November, 26 states have both a Senate and a governor’s race, and using the FiveThirtyEight midterm forecast’s average margin from each contest, we can project just how close the races in 24 of those states will run together.1 In Vermont, we estimate Welch should win by roughly 23 percentage points over his Republican opponent, while we expect Scott to defeat his Democratic opponent by about 24 points, putting those races a whopping 47 points apart. But Vermont is tracking to be an outlier: Our forecast’s median difference between the margins in a state’s Senate and governor races is only a bit more than 6 points (Pennsylvania), as the table below shows.2 That median difference would be the lowest in a midterm election in over three decades, indicative of how split-ticket voting has declined as a result of the increased polarization and nationalization of American politics.

Now, Vermonters wouldn’t be completely alone in sizably splitting votes in their Senate and governor races. Next door, New Hampshire looks very likely to reelect Republican Gov. Chris Sununu while also probably reelecting Democratic Sen. Maggie Hassan. In Kansas, Democratic Gov. Laura Kelly is locked in a tight reelection battle in what is otherwise a red state, but Republican Sen. Jerry Moran should handily win reelection. (These states are notable in that the incumbents are of different parties — more on that later.) But we expect to see a single-digit difference between the Senate and governor races in most states. In some cases, that might even mean nearly zero variation, as our projected vote margin for Nevada shows both Democratic incumbents running in essentially dead heats.

Overall, should the 2022 results in these states mirror our projected vote margins — and they largely did in 2018 — this midterm will likely feature the smallest median gap between concurrent Senate and gubernatorial races in midterms dating back to 1990.3 The 2022 estimated median would be even lower than the 2018 median, which had already set a modern record with a median difference of about 10 points. The overall decline in split-ticket voting isn’t limited to only Senate and governor races, either: In 2020, most Senate and House races didn’t differ markedly from the presidential vote in their state or district.

We’re not in 1990 anymore, Toto, thanks to forces driving voters to more uniformly back a single party. The Democratic and Republican parties have grown farther apart ideologically, and voters are increasingly likely to say that there are sizable differences between the parties. At the same time, voters’ political views have also become more polarized, with more Democrats becoming consistently liberal and more Republicans becoming more consistently conservative. And because of negative partisanship, voters are now more inclined to dislike the other party out of hand, making them less likely to consider voting for a candidate from the opposite party under any condition. These developments have left the country with fewer swing voters than ever; despite the large number of Americans who claim to be independent, most in fact prefer one side. More broadly, politics are more nationalized, which has reduced regional variation in elections for Senate or governor, making it less likely that ruby-red Alabama will elect a Democratic governor (last happened in 1998) or that deep-blue New York will elect a Republican senator (last happened in 1992).

Other factors such as incumbency also play into the differences between Senate and gubernatorial margins. While incumbency is not as powerful a boost as it once was, we still expect incumbents to perform better than non-incumbents. In races where different parties have incumbents defending the Senate and governor seats, you’ll tend to see a larger gap, like in Georgia, Kansas or New Hampshire, as the appeal of each incumbent will encourage voters to split their tickets. You’ll also see some sizable differences in states where one race doesn’t have an incumbent, such as Ohio and Vermont, as the absence of the incumbency advantage in one race can mean the national environment and partisan baseline of the state will exert a stronger influence on its result. By contrast, in states with incumbents from the same party in both races, you’ll generally see smaller differences between the two.

Important state-to-state differences can come into play here, too. A decade ago, FiveThirtyEight editor-in-chief Nate Silver introduced the concept of “elastic” and “inelastic” states, which refers to how sensitive a state is to changes in the national political environment and the relative swinginess of the state. We’d expect a more elastic state to have more variation in its voting preferences from year to year, and more variation from race to race in the same year. In the table below, we lay out FiveThirtyEight’s elasticity scores by state, which are used in our forecast. Tellingly, New Hampshire and Vermont are right near the top of the list.

Together, these national, state and candidate forces can influence how many voters split tickets for Senate and governor. Despite the recent decline in split-ticket voting, however, the small share of voters who do split their votes remains critically important. Take Georgia, a pretty inelastic state that currently projects to have about an 8-point difference between its Senate and gubernatorial races, which would rank as one of the state’s largest gaps in recent memory. Republican Gov. Brian Kemp, who leads in our polling average by roughly 6 points, looks more certain to win than Democratic Sen. Raphael Warnock, who leads by about 4 points. But if that gap largely holds, it probably makes a Warnock victory more likely because it suggests at least a few Georgia voters plan to split their votes between Warnock and Kemp. If the gap narrows, however, the races are more likely to run closely together, which could help Republicans win both races in what remains a somewhat GOP-leaning state.

As we get closer to Election Day, many factors will affect how these races play out, and even if the number of split-ticket voters is smaller, they can still shape who wins the Senate and gubernatorial contests in these states. So watch how big or small these gaps prove to be on Election Day, as they’ll tell us more about just how willing voters are to back different parties for major offices, a sign of just how partisan things could become.

Music Legend Lionel Richie Bought a Trio of Works by Calida Rawles About the Overturning of Roe v. Wade at Frieze London

Why The GOP Might Pick Up Colorado’s Newest District