What Happened To Stacey Abrams? 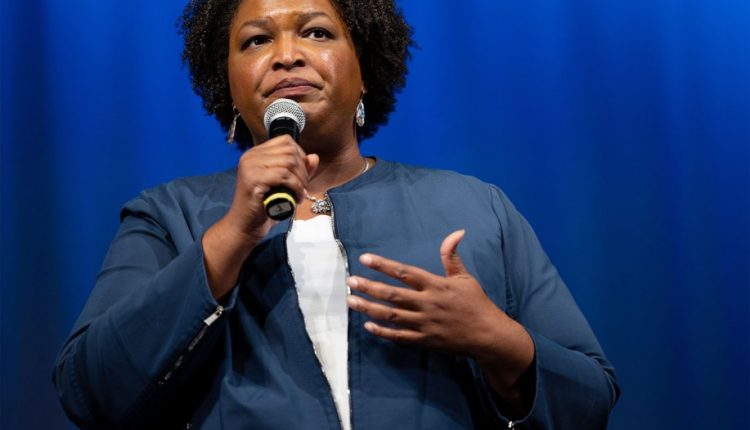 Four years ago, Stacey Abrams had the world at her feet. Yes, she had just lost Georgia’s gubernatorial race to Gov. Brian Kemp by fewer than 60,000 votes — but after such an unexpectedly tight contest, she was heralded by the Democratic Party as a promising new leader. There was speculation about whether she’d be chosen as Joe Biden’s running mate during his 2020 bid for the presidency (a prospect Abrams welcomed), and she was largely credited for pioneering a new playbook focused on turning out Black voters in Georgia, especially after Biden flipped the state in 2020. Though Biden eventually tapped then-Sen. Kamala Harris of California to share the ticket, Abrams kept her eyes on the governor’s mansion. But she enters this year’s race as even more of an underdog than she was in 2018.

Most recent surveys of the race consistently show Abrams, a former minority leader in Georgia’s state House, trailing Kemp by single digits, according to FiveThirtyEight’s polling average as of this past Friday at 12 p.m. Eastern. (All data in this article is as of this date and time.) An October poll from Data for Progress, though, found that the Republican held a lead of 10 percentage points over Abrams — 3 points more than when the firm last polled the race, in September. And while Abrams had stronger support among Democrats than Kemp did with Republicans, according to a September Monmouth University survey, the pollsters also concluded that Abrams’s path to victory this year was “much narrower.”

Abrams’s campaign is also attracting a lot less buzz this year compared with the frenetic excitement of her candidacy in 2018. That stands out because there’s a significant gap between Abrams’s polling against Kemp versus that of Sen. Raphael Warnock, another Democrat on the ballot, who is running for reelection against Republican Herschel Walker. According to our database, no recent nonpartisan polls give Walker a lead. Most nonpartisan surveys, especially those fielded following Walker’s abortion controversy, have given Warnock a single-digit edge. In fact, FiveThirtyEight’s weighted average is almost 2 points in Warnock’s favor. FiveThirtyEight’s Deluxe forecast of the election, meanwhile, has assessed the race as a toss-up.

In the governor’s race, our Deluxe forecast gives Kemp about a 9-in-10 chance of being reelected, as of this past Friday at 12 p.m. Eastern. Because Abrams is a Black woman seeking statewide office in the South, sexism and racism are likely to blame for some of her underperformance — but not all of it. Abrams’s lackluster polling can also be attributed to the tepid enthusiasm for her candidacy among Black men. Plus, unlike in 2018, when she was running for an open seat, she’s now up against an incumbent who has proven himself to be a deft politician while in office.

What does the FiveThirtyEight midterm model say with two weeks left?

“Incumbency still matters,” said Gbemende Johnson, a professor of political science at the University of Georgia. “On top of that, Kemp now has a record that he can run on, so the conditions are quite different for Abrams than they were in 2018.”

In short, a loss for Abrams this year could be less about her shortcomings as a candidate and more about a number of baked-in advantages playing to Kemp’s favor.

For one, Kemp’s relative popularity as governor is a boon to his candidacy. Plus, in his race against Abrams, he’s played into issues important to Georgians — like the economy and inflation — as a political point to keep him in office. Abrams, meanwhile, has been talking a lot about abortion — and even though a six-week ban on abortion went into effect in July, that issue appears to be less salient for Georgia voters.

What’s also working in Kemp’s favor is that the political environment in 2022 is much different than it was four years ago, when Republicans controlled the White House. Back then, Democrats could largely run on dissatisfaction with Donald Trump and work to tie their challengers to the former president. But Trump isn’t in the White House this year. And in the time since 2018, Kemp has lost favor with the former president after he resisted pressure to overturn the results of the 2020 election. He also had to beat back a Trump-backed primary challenger, former Sen. David Perdue, in May. In doing so, Kemp may have broken slightly with the mainstream of the GOP.

“It’s not hard for someone to position themselves to the left of Trump, particularly when ‘to the left’ simply means that you won’t overturn an election,” said Periloux Peay, a professor of political science at Georgia State University. “That does not mean that [Kemp] is, by any means, a moderate or even someone who leans conservative. He’s a staunch Republican.”

But even if his policies are very conservative, Johnson said, Kemp’s show of independence from Trump could still help him. “You could imagine, for example, that there are voters on the more moderate side who may have slight preferences for Democratic policies but still want to give Kemp credit for his performance or the performance of the economy in Georgia,” she said. “You might say, ‘He’s not necessarily my cup of tea, but at least he was not willing to interfere in an election in the way the previous president wanted him to.’”

Moreover, as we’ve reported previously, Georgia’s electorate is ideologically calcified by race and geography. In short, that means it’s likely that Abrams will win an overwhelming majority of Black voters, while Kemp will likely perform better with rural, white voters. That dynamic exists primarily because the demographics of the Peach State have changed drastically in the past two decades, thanks to an inflow of new Black residents. So whether this contest is close may come down to how many Black voting-age Georgians cast their ballots. What’s working against Abrams, however, is that she’s reportedly struggling to make inroads with Black men, who might be moving slightly toward Republicans. Abrams, for her part, has tried to account for that by hosting conversations called “Stacey and the Fellas” to engage Black men in the state. But it’s not clear whether her efforts are paying off: At least one survey showed Kemp netting 15 percent of the Black vote.

Candidates are sitting out debates. Will voters care? | FiveThirtyEight

It could also be harder for Abrams — compared with Warnock — to appeal to independent or moderate Republican voters who are disillusioned with the GOP but don’t want to support a progressive candidate. That’s because not only does she not have a statewide record to run on, but also there are longstanding stereotypes about female Black politicians being perceived as progressive, even if that’s not necessarily the case. Plus, conservatives have spent the last four years painting Abrams as a far-left bogey(wo)man. At times, too, Abrams has seemingly struggled to find her place within the Democratic Party. While she’s taken more progressive stances as of late on issues like reparations to Black Americans as a restitution for slavery, her record as a state legislator was marked by bipartisan negotiation.

Other issues facing Abrams this year are largely out of her control. The state’s restrictive new voting law could dampen turnout among voters of color, and Biden could also be a drag on both Abrams’s and Warnock’s candidacies since his approval ratings in the state are well below both Democrats’ numbers, according to an October Quinnipiac University survey. Per the poll, just 44 percent of likely voters in the state approved of Biden’s job performance, while 51 percent approved of Warnock’s performance and 48 percent had a favorable opinion of Abrams.

“Kemp … may have some success linking his rival to Biden’s policies, especially among voters who are unhappy with what’s happening at the national level,” Johnson said. “That’s what I’ve seen in terms of the opposition’s narrative around Stacey Abrams — a sentiment that a vote for her would send the state in the wrong direction.”

Still, the race for governor might be closer than we think. So far, turnout in Georgia is higher than it was four years ago, and the early vote currently shows a higher share of Black people voting this year than at this time in previous elections. “If Stacey Abrams is going to win or come close to winning, it’ll likely be because of early in-person voting or absentee ballots,” Peay said. “I wouldn’t be surprised to find that Stacey Abrams has a lead going into election night, and then it tightens as the night goes on.”

In the end, the outcome of Georgia’s gubernatorial race may come down to the fact that the environment is simply better for Kemp. Abrams can’t be counted out completely, but a win for her this year does seem far-fetched — especially compared with 2018.

Economy Week Ahead: Interest Rates and Jobs Market in Focus