What Americans Think About Political Violence 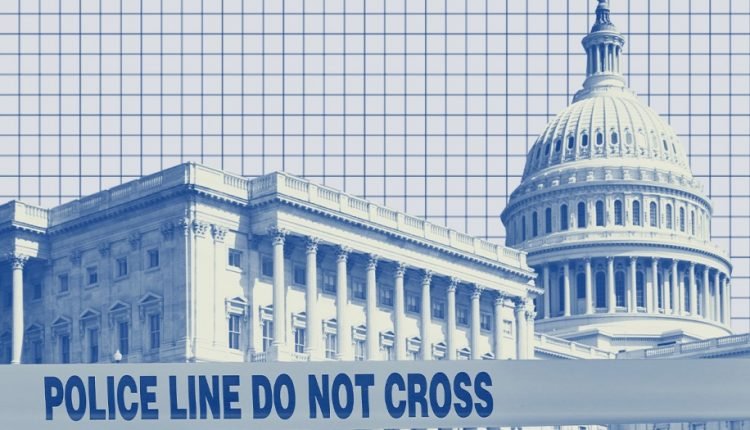 Last week, a man broke into the home of House Speaker Nancy Pelosi and violently attacked her husband, Paul. While Pelosi’s husband is expected to make a full recovery, and details are still emerging about the attack, it was a brutal realization of the increase in threats of violence against lawmakers and their families in recent years. And most disturbingly, recent polling shows that some Americans say political violence is sometimes justified.

Polls in recent months have gauged Americans’ views on political violence in a few different ways, but they almost always capture some segment of the population that deems political violence acceptable. When asked whether the use of force or violence was justified “to advance an important political objective,” 1 in 5 Americans said it was, at least sometimes, according to a survey from researchers at the University of California, Davis, conducted in May and June. And in a Reuters/Ipsos poll from September, 17 percent of Americans somewhat or strongly agreed that political violence against those they disagreed with was acceptable, with slightly more Democrats agreeing with the statement than Republicans or independents. However, just a small fraction of registered voters said taking up arms or a civil war was necessary to fix our democracy in a recent New York Times/Siena poll.

As striking as some of those results are, some research suggests Americans’ true views are much more passive. Some of these responses can be chalked up to respondents not paying close enough attention, vaguely worded questions or both, according to a study published in the Proceedings of the National Academy of Sciences in March. The study’s authors found that, when engaged with the survey and presented with specific examples of political violence, between 89 and 100 percent of respondents wanted a suspect in a politically motivated violent crime charged.

Regardless, the reality is that threats of political violence are on the rise, and it’s making Americans concerned. When asked whether they were “concerned that extremists will commit acts of violence after the election if they are unhappy with the election outcome,” 64 percent of Americans said they somewhat or strongly agreed, in a Reuters/Ipsos poll fielded in October. Similarly, 48 percent of Americans said they were very or somewhat concerned about the possibility of violence associated with the 2022 midterms, according to a UMass/YouGov poll conducted in October. And Black Americans are much more likely than white or Hispanic Americans to expect “displays of violence” related to the midterms, according to a Grid-Harris poll, also from October. When asked whether they thought election results would spark displays of violence in their area, 40 percent of Black Americans said it was very or somewhat likely, compared to 23 percent of white Americans and 36 percent of Hispanic Americans.

Yet once again, the sentiments captured in polling don’t necessarily translate to reality. In a recent YouGov/Economist poll, a majority of Americans (51 percent) said they thought it’s very or somewhat likely that there will be violence at polling places this election, but only 30 percent were concerned about it. And in that New York Times/Siena poll, 71 percent of voters said democracy was at risk in America, but only 7 percent said it was the most important problem facing the country.

Rather than embracing political violence as acceptable, Americans are more likely to find ways to downplay the threat. In response to the attack on Pelosi this week, some Republicans and right-wing figures have been spreading conspiracy theories that the attack was actually the result of a lovers quarrel, a baseless reframing that disregards the possibility that the violence was politically motivated.

The broader reality of political violence in the U.S. is much more complex than a single poll question can capture. As we’ve reported before, political polarization is leading more Americans to become distrustful, spiteful and even hateful of those who have different political views from them, creating a dangerous environment for democracy and those who would be willing to use violence to dismantle it. The attack last week is a stark reminder that it only takes a single person taking these ideas to the extreme to cause real damage, let alone the thousands we saw on Jan. 6.

The Museum of Cycladic Art in Athens Kicks Off a Controversial Deal to Show 15 Ancient Artifacts From U.S. Billionaire Leonard Stern’s Collection