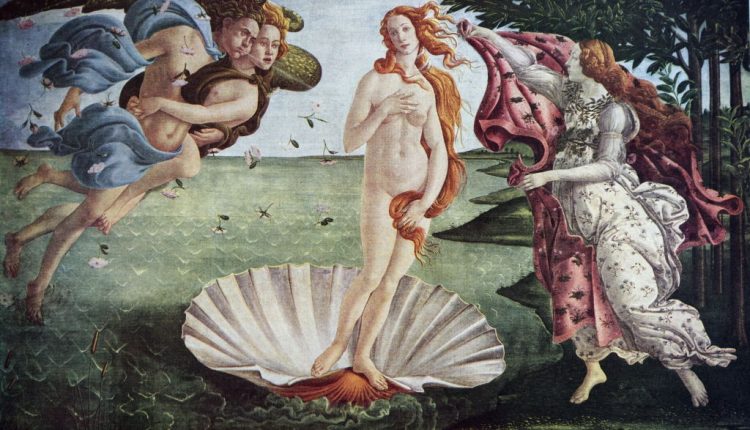 The Uffizi Gallery in Florence has taken legal action against fashion label Jean Paul Gaultier for selling several clothing items decorated with Botticelli’s Birth of Venus, one of the most prized works in its collection.

A cropped image of Venus appears on a scarf, skirt, sleeveless top, and the front of a pair of trousers that also sports the god Greek god Zephyr, blowing the goddess Venus to shore, across the rear.

These items are part of the French fashion house’s “Le Musée” capsule collection, which also uses The Three Graces by Peter Paul Rubens, which is in the collection of the Prado Museum, and Michelangelo’s The Creation of Adam from the Sistine Chapel ceiling—the fashion house said they hoped to create a “contrasting pastel triptych in ode to the Renaissance.”

Artnet News reached out to the Prado museum and the Sistine Chapel to learn if they were aware of the collection and taking any action, but did not immediately hear back.

In a statement released today, the Uffizi claimed that its legal office sent Jean Paul Gaultier a letter of formal notice in April requesting that it either remove the items of clothing from the market or get in touch as soon as possible in order to make a commercial agreement that would “remedy the abuse committed.”

The museum went on to claim that it had been forced to take legal action after the letter was ignored. The fashion house has not responded to Artnet News’ request for comment.

Although the artwork in question, which was painted during the 1480s, is in the public domain and therefore free from copyright, Italy’s Codice dei Beni Culturali (Cultural Heritage Code) still protects the country’s extensive cultural heritage from commercial use.

The code stipulates that authorization must be granted for the use of images of Italy’s public cultural property and a license fee must also be paid.

Michelangelo’s David, which is in the collection of Accademia Gallery in Florence, has also been the subject of frequent lawsuits, most controversially in 2014 when it was used in an ad by the U.S. arms engineering company ArmaLite, which doctored an image of the famous statue so that David appeared to be carrying a rifle.

At the time of writing, the clothing items in question were no longer listed on Jean Paul Gaultier’s website but can still be seen in Instagram posts published in April.

It is not the first time that Botticelli’s Venus has appeared on the runway. The same work has previously featured on a sheer mesh top in Jean Paul Gaultier’s S/S 1995 collection.

The 10 Must-See London Gallery Shows During Frieze Week, From a Tribute to Sam Gilliam to Some of the Earliest Computer-Generated Art