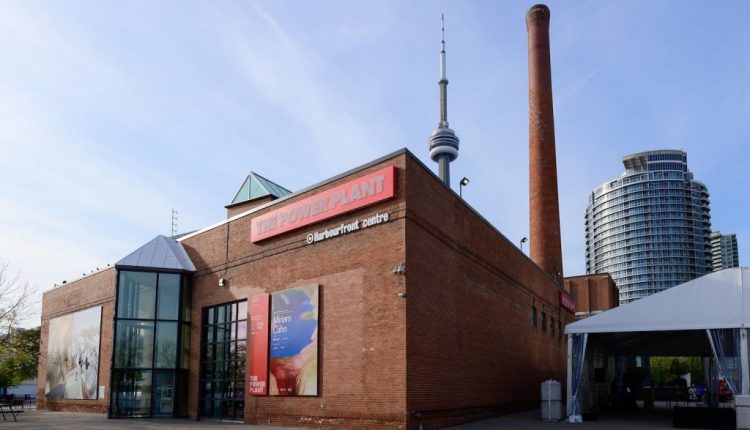 The board of the revered Power Plant Contemporary Art Gallery in Toronto resigned en masse last week, announcing their decision in a surprise press release posted to social media. The move was made in protest against the Harbourfront Centre, the nonprofit entity that oversees the art space, which terminated the positions of 12 board members this year. In a statement dated September 21, the former board members said the “very existence of the Power Plant has been jeopardized by the actions of Harbourfront Centre.”

Multiple sources told Artnet News that the move is the culmination of years of tension and infighting between the two entities. These claims are supported by the extraordinarily technical maneuvers taken in court by the two parties.

For instance, competing legal actions in recent months have centered not on whether Harbourfront had the right to terminate the specific board members, but rather, on the question of whether their decisions and ensuing actions were carried out appropriately. “They were fighting about the wrong thing  and they left unsolved the thing that they needed to work on,” said one source familiar with the situation who asked to remain anonymous.

In early June, the “Harbourfront attempted to terminate 12 independent members of the Power Plant’s Board of Directors, and replace them with its own slate of directors from its own board or staff,” according to the former board members’ statement. The decision was made without consulting the Power Plant and no “compelling rationale” was provided, they said.

The Power Plant board is divided into two types of members: Class A and Class B. It was the Class B members—those appointed by the Harbourfront—that were targeted. However, one source told Artnet News that, amid rising tensions between Power Plant and Harbourfront, the technical distinctions of the board member classes take a backseat to the real issue, which is the longstanding clash between the leadership on each side.

According to the former board’s statement, the members who Harbourfront wanted to terminate are “diverse, qualified, and independent,” all hallmarks of corporate good governance, including six women—five of whom represent BIPOC communities—and three contemporary artists. All “performed their duties diligently and professionally over the years without single criticism or comment from Harbourfront,” which elected them all.

But there appear to be competing versions of not only the actions themselves but their impact. According to a statement emailed to Artnet News by a representative for Power Plant, the Habourfront was “exercising its right to replace a number of Directors on The Power Plant’s Board.” The change in governance does not affect The Power Plant’s programming, daily operations or employee positions, and the gallery maintains its full curatorial independence, the spokesperson said. After the June announcement, the Harbourfront took legal action to enforce its decision to terminate those board members in Ontario Superior Court. In their statement, the former Power Plant board deemed the move a waste of precious resources for a nonprofit and said they have “repeatedly and unsuccessfully tried to resolve its differences with Harbourfront and keep this matter out of the courts.”

Harbourfront’s application to the court emphasized its rights over the Power Plant’s governance, including that only the Harbourfront can appoint and remove Class B directors, and asked the court to affirm the “validity” of its June 2 resolutions to terminate 12 of them.

The court papers further state that any attempts to resist the actions are “null and void.” The 142-page application included an affidavit from Tenio Evangelista, the Harbourfront Centre president, and numerous exhibits, citing bylaws dating to 1980.

But the Power Plant board made it clear they wouldn’t go down without a fight. In their response to the Harbourfront, they called its decision to remove some of the board “invalid,” and they resisted its calls for a general meeting soon after. “In light of the invalidity of the purported removal and election of directors, we are of the view that you do not have any right to request a directors’ meeting,” the board told the Harbourfront. Of the 27 members of the board, only 3 remain at the Power Plant, and all are employees of the Harbourfront. On the webpage that previously listed the museum’s board members, there is now only a brief note that reads: “The Power Plant thanks the Board of Directors for their unwavering support over the years and is proud to be associated with such leaders of our community.”


Richard Lee, who spoke to Artnet News on behalf of the former board members, said they don’t think Harbourfront is “dealing in good faith. Do they have the right to do this, according to the bylaws? Sure. But they’re not really engaging in the spirit of the bylaws and all of the great things we have in place to ensure that we have a balance to a functioning organization.”

Artnet News reached out to Harbourfront to ask what issues prompted the termination. “There were governance and operational concerns that were not being addressed by The Power Plant Board. Despite repeated communications over the last year that were presented to the Chair of the Board, they continued to not be addressed. We therefore had to exercise our rights to ensure good governance,” CEO Marah Braye said in an emailed statement.

Braye addd that allegations of inappropriate interference with the Power Plant board are “not correct. . . In fact, these changes were made to ensure the appropriate governance structure to support The Power Plant’s director and address any operational needs.”

Asked if new directors have already been installed, she responded: “A number of Harbourfront Center directors have been proposed to be added on an interim basis.”

Braye added: “We are firmly focused on seeking new and independent Board candidates for The Power Plant who represent the diversity, skill set and experience that has been at the heart of our mission for almost 50 years.”

But little is known about the new proposed slate of directors, according to the former board’s statement, and they reportedly “refused to meet with the Power Plant and have refused to follow the rigorous Board nomination process.”

In their resignation statement, the former board called the Harbourfront’s actions unfortunate and unnecessary, noting that the Power Plant has been Canada and Toronto’s leading contemporary art gallery, presenting the work of more than 600 artists, and has a “best-in-class” reputation both in Canada and abroad.

“I regret that it has come to this but there really needs to be an investigation by funders into how Harbourfront Centre has managed this,” said Sabine Matheson (formerly John Matheson) who served on both the boards of the Harbourfront and Power Plant, including a five-year stint as chair of the board of Power Plant, from which she retired in 2019. “There should never have been a lawsuit and the consequences of this are potentially devastating.”

“Regrettably, the structural relationships between these two organizations were created in a way that left them ambiguous,” Matheson added. “While it has been possible for people of good will to manage this ambiguity over the years, it is apparent that these structural issues now need to be fixed, and not papered over.”

“Harbourfront is a not-for-profit. They spent hundreds of thousands in donor and taxpayer money to sue another, related not-for-profit,” Matheson said. “They have no explanation for why they were fighting in a courtroom instead of solving problems in a board room.”

And it appears there are even more fractious relations within the organization. According to an Instagram post made by  @thepowerplantunion” “Neither boards at [Harbourfront] or [Toronto Power Plant] ever reached out to their employees , performed any reviews, nor asked us about our experience working at the institution.”

The post continued: “We want to make it clear that comments and statements that have been said publicly online that suggest [Toronto Power Plant] board was supportive in any way of our unionization are FALSE.”