The Republican Party’s Monster in Donald Trump: Will It Come Back to Haunt Them in 2024? 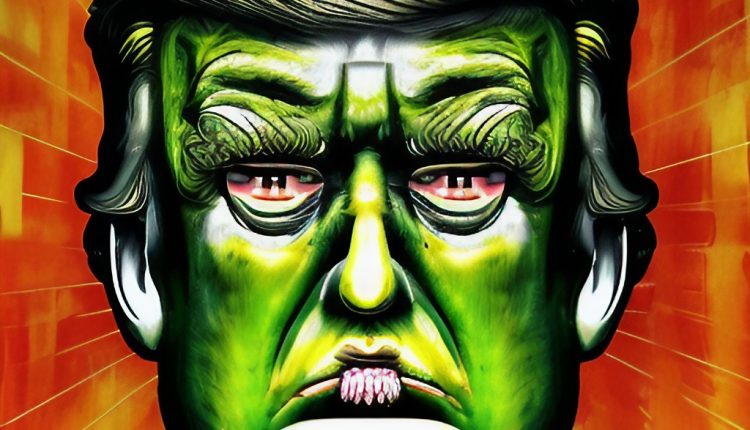 With the election of Joe Biden to the U.S. Presidency in 2020, many felt that it marked the end of Donald Trump’s political career. However, rumors are swirling that Trump may be gearing up for a 2024 bid for the highest office in the land, with some supporters even floating an Independent party nomination. Regardless of his chances of success, it is clear that Republican politicians have created a Frankenstein monster in Donald Trump – one that could come back to haunt them should he choose to run again in 2024.

As an independent, Trump would have more freedom to craft his campaign than if he remained within the Republican Party umbrella – although this also carries risks and uncertainties as his base would be limited outside of traditional Republican voters. His past tweets and inflammatory rhetoric have been seen as undermining democracy. Even with considerable support from Republicans, it’s unclear if he could pull enough independents or crossover votes necessary to win a general election in 2024.

Such a scenario could be disastrous for the GOP, which built its foundation on conservative values like fiscal responsibility and small government – something not typically associated with Trump’s tenure. Suppose Trump can garner enough support outside of the Republican Party to become successful as an independent candidate and fails to secure the GOP nomination. In that case, his legacy will almost certainly fuel resentment among Republicans towards their party for ‘creating’ such an uncontrollable beast.

Regardless of who ultimately does win in 2024, one thing remains certain: The Republican Party has set off a chain reaction by creating a political monster in Donald Trump – one they may not be able to put back into its cage again if given another opportunity at victory come Election Day.