The Polls Are Getting Better For Republicans 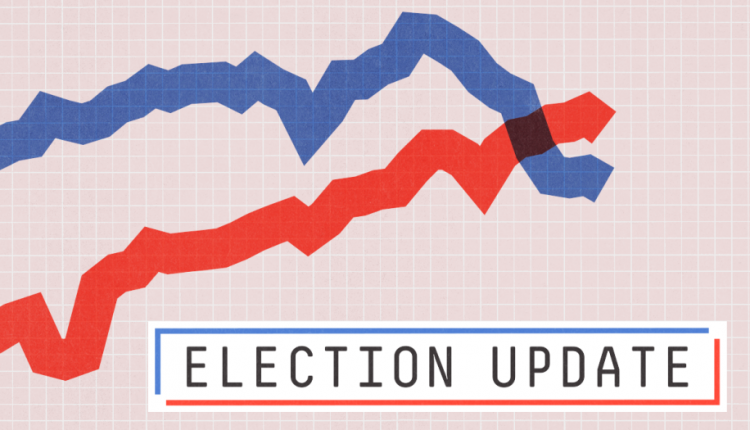 For months, Democrats were defying midterm gravity. Now, it looks like they may be coming back down to earth.

The president’s party almost always does poorly in midterm elections, and early in the year, it looked like that trend would hold true in 2022. But after the Supreme Court overturned the constitutional right to an abortion in its Dobbs v. Jackson Women’s Health Organization case, Democrats experienced a boost in the polls.

The generic congressional ballot is a poll question that asks people nationwide which party they plan to vote for for Congress (without naming specific candidates). And as recently as Oct. 13, Democrats led by 1.1 percentage points in FiveThirtyEight’s generic congressional ballot polling average. Now, however, Republicans lead in this polling average by 0.5 points,1 suggesting the national mood has turned back toward the GOP.

Individual polls mostly confirm this movement. I compared generic-ballot polls with a FiveThirtyEight pollster rating of B+ or higher from October to the same polls conducted in September. On average, they showed a 1.2-point shift toward Republicans. This included shifts of 4 points from two of the best pollsters in the business, Monmouth University and Siena College/The New York Times Upshot.

This change has affected FiveThirtyEight’s midterm forecasts too. Democrats’ chances of holding onto Senate control have fallen from 66-in-100 on Oct. 13 to 55-in-100 today. And Republicans have gone from having a 69-in-100 chance of flipping the House on Oct. 13 to an 80-in-100 chance today.

Republicans’ chances in the House have risen that high because the forecast expects the final margin to be even better for Republicans than the generic-ballot polls currently suggest. The forecast projects that, on average, Republicans will win the national popular vote for the House by 4.0 points.

How does the forecast get from 0.5 points to 4.0 points? For one thing, Democrats aren’t fielding a candidate in 23 House districts this year, so they won’t get any votes there. In comparison, there are only 14 districts where Republicans aren’t fielding a candidate. However, all the uncontested districts were already safe for the other party, so this shouldn’t affect the seat breakdown.

Finally, generic-ballot polling historically tends to get worse for the president’s party as the election approaches. The graph below shows how the FiveThirtyEight generic-ballot polling average2 shifted in the last 90 days of the 2006, 2010, 2014 and 2018 midterms. As you can see, the president’s party lost ground in the final month of every year but 2018.

Of course, we’re only two weeks away from Election Day, and millions of Americans have already voted early or absentee, but there is still time for polls to get better for Republicans. On average, in 2006, 2010, 2014 and 2018, the generic-ballot margin got 1.2 points worse for the president’s party in the final 15 days.

But that doesn’t mean the Dobbs decision didn’t make a difference. Take another look at that graph. The 2022 line (along with the 2014 line) is at the very top of the chart. In other words, Democrats may lose ground from here on out, but they are starting from a higher baseline than usual. And without the boost Democrats received over the summer, we may have been forecasting a so-called “red wave” — a Republican landslide of 6-10 points. While the possibility of another polling error in Republicans’ favor means that outcome is still on the table, it’s more likely that 2022 will be a more modest Republican victory. For Democrats, it could have been a lot worse.

A.I. Is Exploding the Illustration World. Here’s How Artists Are Racing to Catch Up