See You Later, Darth Vader? George Lucas’s Narrative Art Museum Is Delayed to 2025, But the Collection Continues to Grow 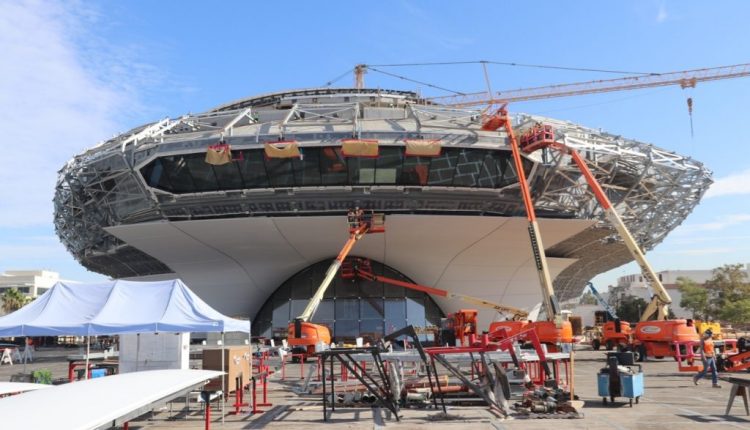 This week, George Lucas’s Museum of Narrative Art in Los Angeles announced that its opening has again been delayed, this time to 2025.

For fans eager to see what the $1 billion, spaceship-looking building in the city’s Exposition Park complex has to offer, the news was surely met with disappointment. But with the announcement also came a fresh look into the institution’s burgeoning, 100,000-piece collection—and all the high-profile purchases of narrative-focused artwork it has made in recent years.

Among the Lucas Museum’s 2022 acquisitions are a print series by New York-based artist Chitra Ganesh; a photograph by the late Laura Aguilar; and an illustration by Jaime Hernandez, which was created for the alternative comic “Love and Rockets” and appeared on the cover of a 2010 Village Voice issue.

Those artworks join other, splashier purchases made by the Lucas Museum over the last several years. Last May, it snagged Robert Colescott’s famed George Washington Carver Crossing the Delaware: Page From an American History Textbook at Sotheby’s for $15.3 million—a purchase that, for many, announced the arrival of a new major player in the world of collecting institutions.

That same year, the museum picked up Kerry James Marshall’s RHYTHM MASTR Daily Strip (Runners), a group of prints from 2018 aimed at redressing the lack of black representation in comics, as well as pieces by Frida Kahlo and Alice Neel. “Through narrative art, people from every age and background can find connections between their lives and the lives of others across eras, cultures, and regions of the globe,” Pilar Tompkins Rivas, the museum’s chief curator, said in a statement.

In 2020, the Lucas Museum acquired Four Freedoms Set II, a 2018 series of photographs by the art collective For Freedoms, as well as Art Connoisseurs, a 2019 painting by Kadir Nelson which appeared on the cover of the New Yorker the year it was created. Both artworks riff on the starchy whiteness in the work of Norman Rockwell—many examples of which also live in the Lucas Museum’s holdings.

These and other recently completed artworks will contrast a series of much older pieces in the museum’s collection. Included in the latter camp are The Judgment of Solomon (1526) by Lucas Cranach the Elder; Triumph of Galatea (c. 1650), attributed to Artemesia Gentileschi and Onofrio Palumbo; and John Singer Sargent’s Las Meninas, After Velásquez (1879), a copy of the Spanish painter’s masterpiece, which was finished 200 years prior. Narrative art, “shapes how we see each other, how we talk about each other, interact with each other, how we love, hate, control, do whatever with each other,” the Lucas Museum’s director and chief executive, Sandra Jackson-Dumont, told the Los Angeles Times this week. “It’s an amazingly powerful, socially shaping art form. These stories actually contribute to the world, and we need places where we unpack them. It actually can create a more humane society.”

Supply chain shortages and other pandemic-related issues are the reasons behind the delay of the Lucas Museum of Narrative Art’s opening to 2025, Jackson-Dumont explained. Construction on the venue began back in March of 2018. It continues today as workers flesh out the futuristic design conceived by MAD Architects founder Ma Yansong.

The completed museum will span five stories and 300,000 square feet of interior space. Below its arched mid-section will be a shady, open-air plaza providing pathways to other destinations at Exposition Park, such as the Los Angeles Memorial Coliseum and the California Science Center.

‘It’s About Me as a Blind Person and Painter’: How Artist Manuel Solano Conjures Vivid Canvasses From Memory