The NBA Playoffs Are Usually No Place For Rookies. This Year Is Different.

Rookies rarely get a chance to make history in the NBA playoffs, but that’s exactly what happened in Game 3 of the second-round matchup between Golden State and Memphis.

When Jonathan Kuminga and Ziaire Williams took the floor for the opening tip, it was just the second time in the 21st century that a set of rookies had started on opposing teams in the conference semifinals or later.1 Kuminga scored 18 points in his 18 minutes, and Williams tallied 7 points in 30 minutes of work.

While the moment was a headliner, Williams and Kuminga are far from alone among rookies who have offered outsize contributions during the 2022 playoffs. Nine first-year players averaged at least 10 minutes per game played through the first three rounds of this postseason.

Highly drafted rookies on whom teams rely heavily rarely contribute to wins. Only 54 rookies of the 220 selected in the top 10 since the 2000 draft started at least 60 games and played at least 30 minutes per game during the regular season. Of those, only nine reached the playoffs. Similarly, rookies selected lower in the draft are generally less ready to contribute to winning basketball in their rookie years, and they also tend to join winning teams with more set rotations.2 As a result, teams that rely on rookies — no matter where they are selected — don’t often reach the playoffs, let alone succeed when they get there. But that hasn’t entirely been the case this postseason. Let’s look at each of the rookies who have gotten minutes in their teams’ rotation during these playoffs.

Jonathan Kuminga became the highest-drafted rookie to reach the Finals since 2004.3 The Warriors have used Kuminga sparingly during the playoffs, but he has still had a role. Kuminga started three games against the Memphis Grizzlies in the second round and scored 18 points in one and 17 in another, becoming the second-youngest rookie in history with a double-digit scoring game in the playoffs.4 His role as a provider of offensive punch was consistent in the regular season: Per Second Spectrum, he was Golden State’s second-best high-volume screener,5 scoring 1.009 points per chance, and he was even more efficient in isolation and the post.

The Warriors’ most efficient screener in the playoffs has been their other rookie, Moses Moody, who in some games against Dallas supplanted Kuminga in the rotation. With opponents hiding defenders on Moody, the Warriors have used his screening to drag weaker defensive targets into the pick and roll.

The Toronto Raptors have been no strangers to success, winning the championship in 2018-19 and following up with a trip to the second round in 2019-20. But they went just 27-45 while playing away from home for all of 2020-21, a season that team executive Masai Ujiri referred to as the “Tampa Tank.” But the reward for their troubles was Scottie Barnes. He finished 11th in total minutes in the regular season, the sixth most by any rookie in the past 10 years. That level of dependence on a rookie rarely results in a playoff appearance; since the 2000-01 season, only 37 other rookies have started as many or more games as Barnes, and only 14 have also reached the playoffs. 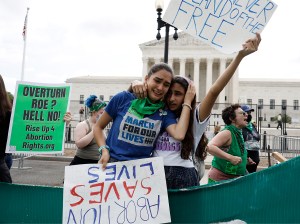 Barnes did more than just reach the playoffs, though. He recorded 15 points, 10 rebounds and eight assists in Toronto’s first game of the first round; only one other rookie in history has hit those marks in his playoff debut.6 He recorded the 14th-highest Box Plus/Minus in a rookie playoff debut,7 just ahead of Michael Jordan. Barnes then missed two games with a sprained ankle, and Toronto lost both; he returned for Games 4 and 5, and Toronto won both. Though the Raptors ended up falling to the Philadelphia 76ers, Barnes’s isolation offense against one of the best defenders in Joel Embiid ended up being one of their best — albeit infrequent — sources of offense, scoring 1.333 points per chance in a game that saw Toronto’s offense overall manage 0.881.

The New Orleans Pelicans were a young, up-and-coming team entering the 2021-22 season, with only one player older than 29. They added experience during the season in C.J. McCollum and Larry Nance Jr., but they also leaned on even more youth — rookies Trey Murphy III, Herb Jones and Jose Alvarado. All three were critical to the team’s rise to the playoffs.

New Orleans won two play-in games to reach the postseason, where they lost in six games to the No. 1-seed Phoenix Suns. All three rookies averaged more points and minutes across those eight games than in the regular season. While New Orleans won their games by 5 combined points, they won the minutes with Murphy on the floor by 65 points; Murphy boasts the highest on/off differential per 100 possessions in the entire playoffs, per Cleaning the Glass.

While Jones earned headlines for his incredible defense as a rookie, Alvarado didn’t disappoint on that end either. He frustrated veteran point guard Chris Paul with backcourt steals and forced eight-second violations. Not to be outdone, Jones remains second in playoff blocks of opposing 3-point attempts even though he has played in six fewer games than the leader.8 He finished the playoffs averaging 1.8 steals and 0.8 blocks per game, joining a list of seven rookies who reached those thresholds in the playoffs.

The Memphis Grizzlies entered the season stocked with young talent, yet Ziaire Williams still managed to find a role as the youngest player on the youngest team in the playoffs. He was dominant around the rim in the regular season, finishing ninth in accuracy among players with 10 or more attempts.

The Denver Nuggets had playoff expectations entering the season, but injuries to established stars opened up opportunities for new contributors. Bones Hyland didn’t have a rotation spot to start the season, earning as many “did not play-coach’s decision” designations in the first four games as the rest of the year combined. He fought his way into the rotation and finished the season as one of only 22 rookies ever to average 15 points, five rebounds and five assists per 36 minutes. He played at least 14 minutes in every playoff game for Denver and even had the team’s highest plus-minus in its lone playoff win.

The Chicago Bulls similarly saw injuries to veterans open up minutes for a rookie: Illinois product Ayo Dosunmu. He finished sixth among rookies in minutes played and led the 28 rookies who played at least 800 minutes in effective field goal percentage. Though he began the playoffs mostly out of the rotation, he led bench players in minutes and points in Game 4 against the Milwaukee Bucks and started in Game 5.

It’s hard to point to archetypal similarities among the rookies who have played rotation minutes in these playoffs. Some have been high-usage scorers (Kuminga and Hyland), while others have been low-usage defenders (Dosunmu, Jones and Alvarado). Some are shooting specialists (Murphy and Williams), while others prefer to shoot inside the arc (Barnes and Kuminga). Every position across the spectrum is represented outside of center. Even their draft positions vary. Barnes, Kuminga and Moody were lottery selections; Murphy and Hyland were taken later in the first round; Jones and Dosunmu were drafted in the second round; Alvarado was undrafted.

Furthermore, the team contexts that allow their playoff successes seem scattershot. The Warriors and Raptors enjoyed long periods of playoff success, endured brief tanks and have since returned to the playoffs after adding young talent high in the draft. The Nuggets and Bulls added middle-of-the-draft rookies to veteran cores, and injuries opened opportunities. The young Grizzlies built on a playoff appearance last season and still managed to add a lottery talent to the mix. Despite already rostering six players 24 years old or younger, the Pelicans worked three rookies into the rotation and ended up in the playoffs.

As a result, no one player type or team situation can be used as a guidebook for future rookie success in the playoffs. Every situation is unique. It’s hard to say whether so many rookies making an immediate impact speaks to the diverse talents of the 2021 draft or to the fertile contexts those talents joined. That the 2021 draft’s success looks so different across so many rookies and teams speaks perhaps most to the NBA itself, with so much young talent already proving itself on the biggest stage. The nine rookies contributing to these playoffs have already made history, but they and the rest of their draft class are far from done.

Jaren Jackson Jr. Could Be The NBA’s Best Defender — If He Can Stay On The Court

Elena Delle Donne Has Picked Up Where She Left Off

The New York Rangers Have Thrived Under Pressure. Can They Keep It Up?