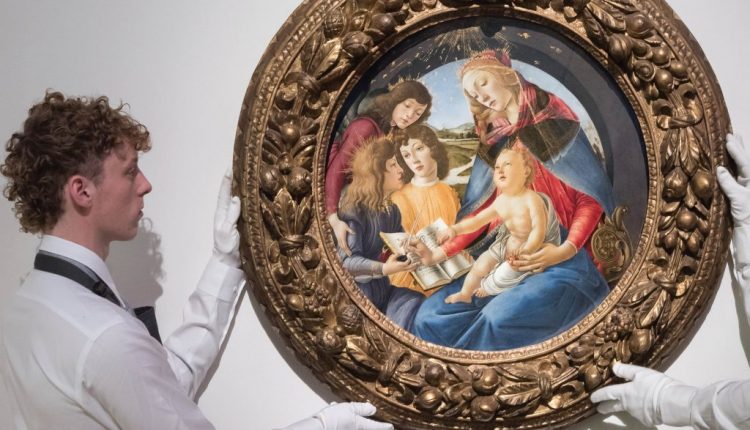 Welcome to the Art Angle, a podcast from Artnet News that delves into the places where the art world meets the real world, bringing each week’s biggest story down to earth. Join us every week for an in-depth look at what matters most in museums, the art market, and much more, with input from our own writers and editors, as well as artists, curators, and other top experts in the field.

A glittering forest with a floor covered in leaves by Gustav Klimt. A country road painted with psychedelic purples, greens, and pinks by David Hockney. A tangle of loping lines against a gray background by Brice Marden.

Most of us have encountered art like this on the walls of a museum. As a matter of fact, these particular works have been shown at LACMA, the Guggenheim Bilbao, and the Serpentine in London. But after those shows closed, they were all packed up and sent back to the same owner, Paul Allen.

Paul Allen is a bit of a legend in art collecting circles. Part of that was because of his fortune. When he died in 2018, Allen was the 44th richest person in the world. Another part of that legend was his secrecy. Allen was notoriously private about the art he collected. Although he did lend works to museums around the world, he was not always identified as the owner and he never appeared in an auction room holding a paddle.

Allen was born in 1953 in Seattle and became friends with Bill Gates in high school. They co-founded Microsoft in 1975 and ushered in the microcomputer revolution. But Paul had a lot of other interests, too. At the age of 35, he became the youngest owner in the NBA when he bought the Portland Trailblazers. He also owned the Seattle Sea Hawks and founded museums in his hometown dedicated to vintage computers, military aircraft, and pop culture.

For most of his life, art remained a more private passion. But four years after Allen’s death from Hodgkin’s lymphoma in 2018, Allen’s estate is selling a portion of his art collection—more than 150 lots, to be exact—at Christie’s. And for the first time, the public is able to get a brief glimpse at the many treasures Allen acquired altogether, before they likely disappear into private hands again for who knows how long.

The collection is estimated to fetch more than $1 billion, with all the money going to charities he supported during his life. It’s pretty much guaranteed to become the most valuable collection ever sold at auction.

So how does one man assemble such a valuable trove of art in a relatively short amount of time? And how does that kind of collector track down, evaluate, and live with art? What makes someone a good art collector in the first place? This week, executive editor Julia Halperin spoke to two experts: Max Carter, the vice chairman at Christie’s handling the sale; and Mireya Lewin, the director of the Paul Allen Collection.

The Art Angle Podcast: How A.I. Is Changing the Business of Being an Artist

The Art Angle Podcast: Can Artists Ever Beat Flippers at Their Own Game?

The Art Angle Podcast: Why the Art World Is Such a Hard Place to Be a Parent

The Art Angle Podcast: How the Universe Taught Wolfgang Tillmans to Make Art

The Art Angle Podcast: Rick Lowe on How Art Can Solve Real-World Problems

The Art Angle Podcast: How K-Pop and Connoisseurship Made Seoul a New Art Capital