The 10 Districts Most Likely To Decide Control Of The House 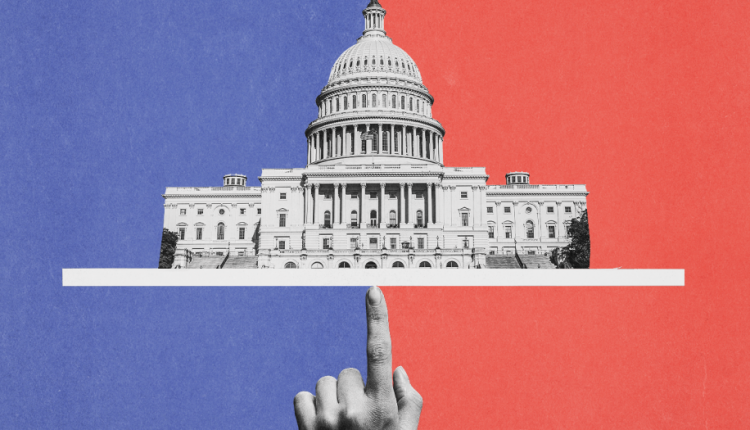 Winning the House of Representatives was supposed to be a gimme for Republicans this year. Democrats’ current majority is just eight seats. And since the end of World War II, the president’s party has lost 26 House seats in the average midterm election.

And while Republicans are still favored to flip the chamber, they are no longer the sure bets they once were. That’s because the national political environment has improved for Democrats, likely partially due to the Supreme Court’s decision to overturn Roe v. Wade and end the constitutional right to abortion. According to the Deluxe version of the FiveThirtyEight forecast,1 Republicans have a 70-in-100 chance of taking control of the House, and Democrats have a 30-in-100 chance. In other words, Democrats have about the same chance of winning the House as Houston Astros second baseman José Altuve has of getting a base hit.

At those odds, the chamber is legitimately competitive, which places extra weight on every swing seat. But which seats should we pay attention to? Thankfully, the FiveThirtyEight model can tell us. Along with win probabilities, the model spits out the odds2 that each district will be the “tipping-point seat” in the House, or the seat that clinches a majority for the winning party.

The FiveThirtyEight model simulates the election 40,000 times. Here are the 10 House seats that were the tipping points most often in those simulations.

Immediately, you can tell why Republicans are favored — but not guaranteed — to retake the House. The GOP is favored in nine of these 10 seats3 — but Republicans’ average chance of victory across these districts is just 60-in-100. Republicans are also helped because the battle for the House takes place on light-red turf. The 2021-22 congressional redistricting process largely preserved a Republican-leaning status quo. According to FiveThirtyEight’s partisan lean metric,4 seven of the 10 most likely tipping-point districts are more Republican-leaning than the nation as a whole. Their average partisan lean is R+2.7.

Is Oregon going to elect a Republican governor? | FiveThirtyEight

These 10 seats also clearly show that the path to a House majority runs through the suburbs and exurbs. According to a FiveThirtyEight analysis of population density in these districts, all but the rural Arizona 2nd and urban Michigan 10th are predominantly suburban and/or exurban. The suburbs and exurbs have increasingly become where elections are won and lost as the country realigns along urban-rural lines — cities get bluer and the countryside gets redder. And that trend looks like it will continue in 2022.

The list reflects how decisive open seats could be in the House too. Around 30 Democrats decided not to run for reelection to the House this year. That’s significantly more than the number of Republicans who retired or ran for another office. Six were also defeated in primaries, and two of those (sort of) appear on our list of likely tipping-point seats. In the Oregon 5th, a progressive Democrat, Jamie McLeod-Skinner, defeated Rep. Kurt Schrader, and Rep. Andy Levin left the Michigan 10th behind in order to seek reelection in a bluer seat, which he lost in a primary to Rep. Haley Stevens. Two completely new, and therefore incumbent-less, seats were also created by redistricting, the Colorado 8th and North Carolina 13th. Finally, one seat on our list is open because of a Republican retirement, the New York 22nd (where Rep. John Katko would likely have run). That seat illustrates how Republicans can’t just play offense this cycle — they also have to tend to their own backyard. If Democrats flip enough Republican-held seats, they could keep the House even if they lose a few of their own.

And the other five seats show how crucial incumbents will be to each party’s chances. Four are Democratic incumbents: Rep. Tom Malinowski in the New Jersey 7th, Rep. Cindy Axne in the Iowa 3rd, Rep. Tom O’Halleran in the Arizona 2nd and Rep. Susan Wild in the Pennsylvania 7th. But incumbency can also come with baggage. For instance, O’Halleran is a former Republican with a moderate voting record in the House. That could be why Democrats still have a chance in Arizona’s 2nd, which became solidly red in redistricting. But Malinowski has been dogged by an Office of Congressional Ethics finding that he may have violated conflict-of-interest laws by failing to disclose personal stock trades. He’s also facing a strong Republican recruit in the general election, former state Sen. Tom Kean Jr., the son of a former governor. Finally, the last likely tipping-point seat has a Republican incumbent: Rep. Yvette Herrell in the New Mexico 2nd. Her presence on the list demonstrates how Republicans are counting on the handful of incumbents they have in Democratic-leaning seats to hold on to make their climb to 218 easier.

There is one other thing these 10 districts have in common. It isn’t something that should worry Republicans or Democrats — but rather us election watchers. There hasn’t been much polling in them. We’ve unearthed only 29 polls across the 10 districts, and 19 were partisan polls, leaving us with a potentially skewed picture of the campaigns. The model accounts for this skew, but we’d rather have independent polls. As a result, our Deluxe forecasts for these 10 districts give more weight to non-polling factors like district partisanship, incumbency and expert ratings. That increases the chances that the election result will surprise us. All the more reason not to take your eyes off the House this midterm cycle.