Taipei’s National Palace Museum Admits to Accidentally Breaking $77 Million Worth of Chinese Artifacts, But Denies a Cover Up 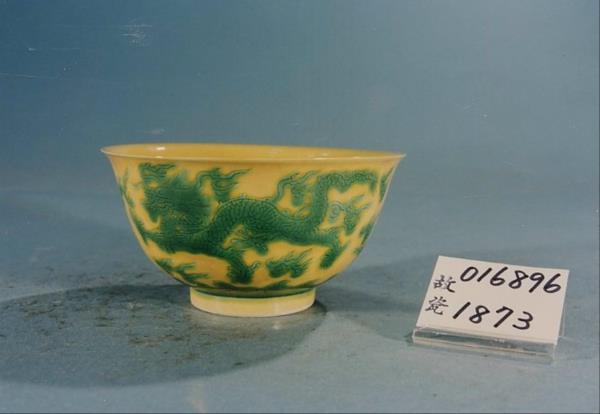 At a governmental state of affairs hearing held on October 28 in Taiwan, one legislator revealed that three historic ceramic pieces from Taipei’s National Palace Museum’s (NPM’s) vast collection of Chinese artifacts have been damaged over the past two years.

During the proceedings, Taiwan’s opposition legislator Chen I-hsin, who heard about the incidents from an unnamed source, alleged that the museum’s director, Wu Mi-cha, had covered up the damage to the works, which are reportedly valued at $77 million. The NPM confirmed that the pieces had broken, but denied a cover up.

The pieces in question were: a yellow and green dragon-patterned bowl from the Ming Dynasty’s Hongzhi period (1487-1505) that was damaged in February 2021; a yellow bowl featuring dragons and a white lining from the Qing Dynasty’s Kangxi period (1654-1722) that was broken in April 2022; and a blue-and-white floral porcelain Qing plate from the Qianlong period (1711-99) that shattered this past May. Chen’s source also alleged that Wu tried to hide evidence by classifying documents, issuing gag orders, and ensuring the damaged objects “must not be handed over, that no record shall be left of the incident, [and] that no inspection report shall be made prior to repairing the damaged pieces,” a post-hearing release from the NPM states.

At the hearing, Chen asked Premier Su Tseng-chang to investigate further, Focus Taiwan reported. But Su recalled that Wu had verbally reported the damage to him, and confirmed he had also ordered internal investigations and reports. Wu further emphasized that these are the only items that have been damaged at the museum since he assumed his role in February 2019.

The NPM told the Guardian that the museum wasn’t required to report the incidents to the culture ministry or announce them to the public because the ceramic works were temporarily classified as low level “general antiquities.” It also said the value of the pieces was “way lower” than the reported $77 million.

Their statement adds that classifying documents was standard museum practice, to preserve the integrity of the Civil Service Ethics Office’s investigation.

That investigation did not find any single person responsible for the first two mishaps, despite scouring a decade’s worth of CCTV footage. The third incident, however, was the direct result of poor handling by a senior staffer who put the Qing dish on a desk, and it fell to the floor. That employee is facing disciplinary action. Wu also held a press conference to address the museum’s current transportation and storage practices and the need to improve these procedures.

The director explained that the other two artifacts likely broke in transit between China and Taiwan. Normally, several items are packed into one box, padded only by cotton, and multiple boxes are placed in cartons. Going forward, he promised to pack individual items in their own boxes, and keep those boxes in larger, sturdier, chests.

The NPM contains one of the world’s most impressive collections of Chinese artifacts, largely brought over from the mainland’s Forbidden City during the Chinese civil war.

With tensions between China and Taiwan on the rise, Taiwan opposition parties are using the incidents to push their view that Taiwan authorities want to destroy Chinese culture. “I believe that only by completing reunification as soon as possible can we prevent our national treasures from being destroyed for no reason again!” one social media user wrote.

The Ming bowl is currently in the restoration studio. Both damaged Qing relics will be treated after the Ming piece.

The Case For A Republican Sweep On Election Night