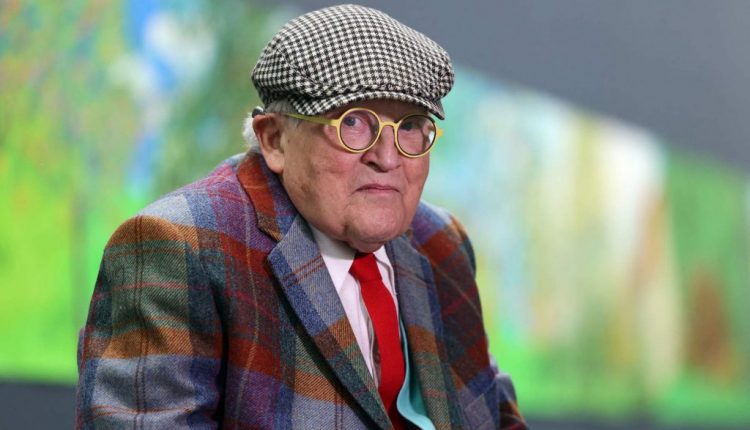 Auction houses continue to dip their feet in the primary market, and starting today, Sotheby’s New York is presenting “Magnum Opus,” a major selling exhibition of the work of Brazilian photographer and environmentalist Sebastião Salgado. But in this case, the show, which is free and open to the public through October 12, entirely benefits the Instituto Terra, the conservation nonprofit co-founded by the artist and his wife, Lélia Deluiz Wanick Salgado.

“Magnum Opus” includes 50 platinum prints by Salgado, straight from the artist’s studio, and dating from his earliest work in 1978 through to today. The prints have been created in larger formats than fans are normally afforded—even in museums exhibitions—with each image measuring around 3 by 4 feet on average.

The show covers five decades of the artist’s career, from his earliest series, including “Other Americas” (1977–1984), in which he documented the lives of impoverished communities across Latin America, to his recent exploration of the destruction of the rainforest in “Amazônia” (2021).

“For more than three decades, Salgado’s work has featured in our photography auctions,” Sotheby’s head of photographs Emily Bierman told Artnet News. “Following the recent installations of his Amazônia exhibition in Paris and London, I was inspired by his commitment to conservation and the power [of] his body of work to find a way to collaborate.” “Magnum Opus” also launches Sotheby’s new Social Impact program, which aims to promote access to art and environmental protection, among other concerns. The initiative will be further marked by the auction house’s first-ever gala, hosted by CEO Charles F. Stewart this week on September 28. In addition to a seated dinner and live performance by Latin popstar Anitta, the event will also include a sale of artworks centered loosely around Earth’s natural treasures, including an archival elephant print by wildlife photographer Michel Ghatan and an abstract acrylic floral painting by Susan Swartz.

Exclusive experiences, however, are the sale’s true headliners. Building off previous experiments, like their MayDay Covid relief charity auction, which offered virtual conversations with celebrities like Hillary Clinton and the Strokes, this new sale will field bids for an in-person studio visit with David Hockney and a photo session with Annie Leibovitz—who also serves as the Gala’s co-chair. Those unable to attend the party in person may pre-register to bid by telephone.

All proceeds from the selling exhibition, Sotheby’s Impact Gala, and its related auction will benefit the Brazilian reforestation nonprofit Instituto Terra. In fact, many artworks from the gala’s forthcoming sale have been drawn from Instituto Terra’s collection. Although some reforestation efforts have encountered recent scrutiny for their lack of biodiversity and community engagement, Instituto Terra “has been an unparalleled regional force in applied intervention to the global climate crisis” according to the organization’s website. They’ve planted nearly 3 million native trees, revitalized more than 2,000 natural springs, and championed 250 threatened animal species.

“We have numerous long-term collaborations in the works, at a local and global scale, that will continue to expand on our tradition of partnering with our communities,” she added, “including support for artists via grants.”

How Do You Judge the Value of Social Practice Art? Artist Helina Metaferia Developed Metrics to Determine if a Project Is Successful