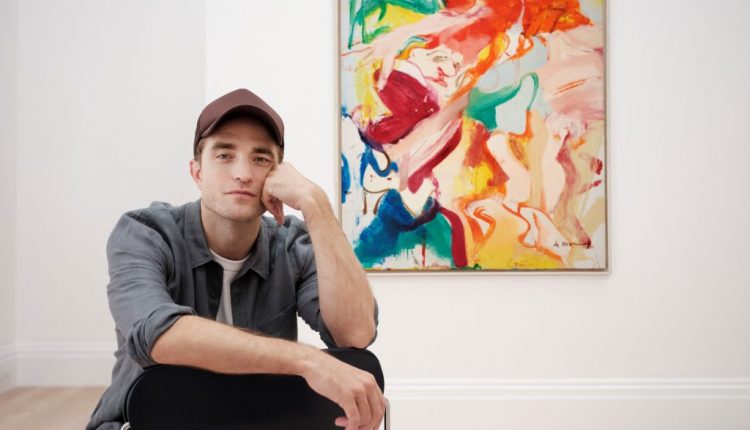 What happens when you combine Robert Pattinson and an unusual market experiment that involves artists consigning directly to auction? You get Sotheby’s Contemporary Curated sale in New York, which brought in $35 million on Friday. The result fell in the middle of its $27.2 million-to-$38.9 million presale estimate.

Closely watched was the debut of “Artist’s Choice,” an initiative that seeks to help artists and their galleries benefit directly from skyrocketing auction prices while offering collectors a chance to nab work that is fiercely guarded on the primary market. The outing was a smash success, with all works vastly outperforming their estimates. This is perhaps not entirely surprising, since by design the featured artists were fiercely sought-after. The six works, all priced between $15,000 and $120,000 each, realized a combined $919,800.

“We saw deep bidding across all works in the sequence—especially from Asia, with half the group acquired by collectors from the region.” said Noah Horowitz, Sotheby’s worldwide head of gallery and private dealer services.

Of the 222 lots on offer in the overall sale, 186, or 87 percent, sold. Five works carried guarantees, a relatively small percentage compared with typical rates for major evening sales. But enough about that. The other big question was: How good a picker is Robert Pattinson? The Twilight star selected an eclectic grouping as a guest curator of the sale—and one of his selections ended up as the day’s biggest lot. Willem de Koonig’s Untitled (c. 1964) fetched $4.1 million, exceeding the $2.5 million high estimate. The work had been owned by the same collector, who acquired it directly from the artist, since its completion; the fact that it had never been offered at auction undoubtedly added to its allure.

The de Kooning was by far the top earner of his grouping, accounting for the lion’s share of the $4.8 million total. The rest were all five- and six-figure prices that hewed close to their estimates. Julie Mehretu’s untitled 2005 drawing sold for $277,200 against a high estimate of $250,000, followed by Richard Serra’s crayon on paper in two parts, Cape Breton Horizontal Reversal #3 (2014), which fetched $151,200, clearing the high estimate of $120,000.

A bronze sculpture by Thomas Houseago and a Lynette Yiadom-Boakye’s portrait also landed in the middle of their estimates. The real fireworks, albeit at a lower price point, and all for works executed this year, took place for the aforementioned Artist’s Choice works, starting with one by Vaughn Spann. The paint is barely dry on Night Sweat (Marked Man) (2022), which sold for $327,600, nearly tripling the high $120,000 estimate.