Rishi Sunak, Britain’s New (and Richest) Prime Minister, Is Also an Art Collector. Here’s a Peek Inside His Quirky Holdings 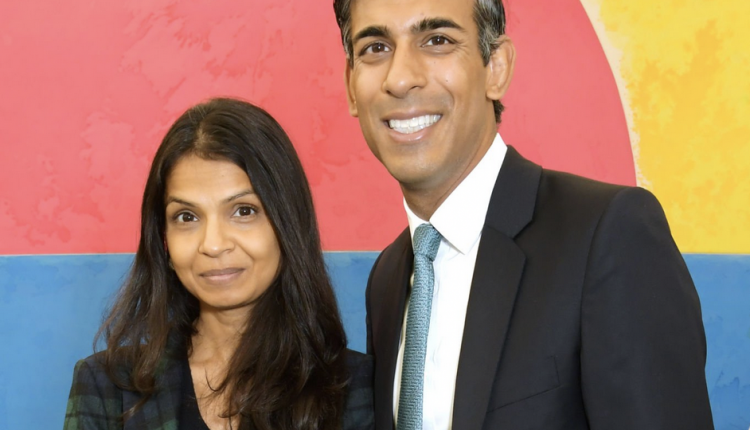 Rishi Sunak has just become Britain’s third Prime Minister in two months. He is also the first person of color to hold the position, and the wealthiest.

Sunak’s wife, Akshata Murty, is the daughter of an Indian software billionaire, and together they are the richest couple to inhabit 10 Downing Street, with a combined net worth that dwarfs the king’s (and that has resulted in serious legal scrutiny.)

What’s that got to do with art? Well, a lot, as Sunak learned during his time overseeing Britain’s budgets as a former chancellor of the exchequer under Boris Johnson and treasury secretary.

Media outlets made jokes in April when Sunak asked the Royal Mint to start making NFTs. He faced harsher backlash during the pandemic, when he suggested that artists and musicians should re-train their skills to earn livings in more practical fields. And then Sunak was in charge of dispensing critical pandemic relief across the country’s culture sector.

Has anyone moved their art collection there yet? It’s a great tax avoidance scheme.

Despite his sometimes hostile view toward artists, Sunak and his wife are in fact avid art collectors themselves, as the Telegraph reported in 2020, and Sunak even opened new freeports late last year.

We scoured the internet for a comprehensive guess at the works that’ll inform Rishi Sunak’s time as Prime Minister. However long it lasts. In February 2020, the Telegraph reported that Sunak and Murty loaned British artist Harland Miller’s Rags to Polyester—My Story to an exhibition at York Art Gallery.

“The title of the painting refers to the fashion industry, in which Akshata, the daughter of an Indian billionaire, is involved,” they reported, “and the date the painting was last sold—2012—is the year after she launched her first collection.” (Murty’s mother is also a Penguin-published author.)

The Spectator offered another peek into then-chancellor Sunak’s tastes with a Freedom of Information request that revealed some of the works he took on loan from Britain’s Government Art Collection—a trove of more than 14,000 artworks. This warm, abstract study by the late Graham Sutherland was one work that he hung at home, according to their records.

Also housed in Sunak’s residence while he was chancellor was an Untitled aqua-tint by British sculptor Antony Gormley, a 2-D complement to the artist’s series of sculptures featuring lone figures made even lonelier by their lack of detail.

A modern, floral still life titled Two Poppies on a Blue Table by Ivon Hitchens rounded out Sunak’s home decor from the Government Art Collection, according to The Spectator. Michael Armitage, Pathos and the twilight of the idle (2019). Image Courtesy Ben Davis.

As for Sunak’s office, the Spectator noted that he displayed this print on an enlarged £10 bank note by the British feminist artist Chila Kumani Singh Burman. Justine Smith, E.U. Ewe, made with wire, plaster, paper and real Euro currency. On sale for 4,000, on the preview day of ART 2002 at the Buisiness Design Centre in Islington, North London. Photo by Tim Whitby – PA Images/PA Images via Getty Images.

Also in his chancellor’s office, Sunak had four framed screenprints by Justine Smith, an artist who explores the relationship between art and money, often by using actual banknotes in her work. The works were titled Pound, Euro, Dollar, and Yen. “If only it were so easy just to print money,” The Spectator imagined Sunak musing while looking at the work.

Sunak displayed this deliberately shocking piece by British artist brothers Jake and Dinos Chapman in his flat. The skulls in the 1997 print, Double Deathshead, may reference the symbols worn on the armbands of Nazi soldiers. Rangoli art on the doorstep of 11 Downing Street ahead of the Chancellor of the Exchequer’s delivery of the budget on March 3, 2021 in London. Photo by Chris J Ratcliffe/Getty Images.

Sunak is the first Hindu Prime Minister of Britain, a colonial empire that once had India under their heel, and he may have painted these Rangoli artworks on his doorstep himself.