Paris + Is Entering a Packed Art-Fair Landscape. Is There Enough Business to Go Around? 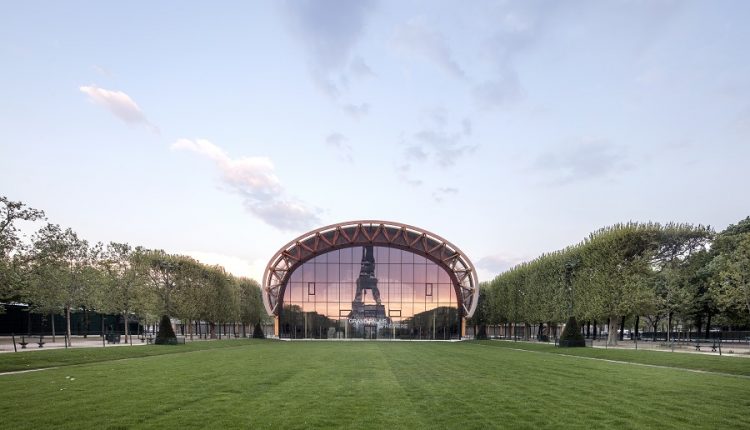 The announcement that Art Basel had won the coveted October slot at the Grand Palais, ousting FIAC, sent shockwaves through the art world. And those with a vested interest in the status-quo European fair landscape immediately perceived it as a threat.

Art Basel is leaning into the anticipation, hailing the inaugural edition of Paris + (as it is informally called) from October 20 to 23 at the Grand Palais Éphémère as a “flagship event.”

“We are certainly expecting strong attendance from foreign collectors for the inaugural edition of our show in Paris,” Marc Spiegler, global director of Art Basel, told Artnet News.

Spiegler conceded that not all of Art Basel’s exhibitors immediately welcomed the news of Paris +. “Some exhibitors raised concerns when we announced the new fair,” he said, “but I believe they are reassured by our commitment to Basel and ambition to build a unique proposition in each city…. We’ve seen interesting cross-pollination happen across our fairs [in Basel, Miami and Hong Kong].”

The big question surrounding Paris + is the same one that circulates whenever a new player enters the scene. Is there going to be enough business to go around? While Art Basel is unique in having Unlimited, a hall dedicated to large-scale installations, Paris + will be oriented toward “dynamic dialogues” among art, design, fashion, music, and film. An off-site program will place art in the Place Vendôme, the Jardin des Tuileries, and elsewhere in the city.

Having been the epicenter of the art market in the early 20th century, Paris was later eclipsed by New York and London. Now it is enjoying a renaissance, thanks in part to the inauguration of Bourse de Commerce – Collection Pinault and the Fondation Louis Vuitton as well as the increasing number of international galleries opening spaces there. Between the first half of 2021 and 2022, Paris saw its fine-art auction sales spike nearly 30 percent, to $619.6 million, according to Artnet Analytics.

Chris Dercon, the outgoing president of RMN-Grand Palais, has high expectations for Paris+. Asked why MCH Group, Art Basel’s parent company, won the October contract instead of FIAC owner RX, he said he concluded that the former “would promote Paris and France best and allow the ecosystem of art in France and particularly French galleries to have a powerful and ambitious development platform.”

Dercon added that fairs need to make “significant investment” in order to face new challenges relating to the environment and digital development. Plus, the pandemic disruption put pressure on organizers to make up losses. “We did not invoice RX anything in spite of the eminently late character of their decision and the financial impact it had on us, as RX decided to cancel the FIAC and Paris Photo a few days before their opening,” Dercon noted.

The constraints of the Grand Palais Éphémère, the temporary building housing Paris + during the Grand Palais’s renovation, will also shape how Paris + is received. “The layout will be much smaller so the regular booths will also be much smaller; therefore we need to compromise on the scale of the works but the quality will be high,” said Zurich gallerist Peter Kilchmann. Presentations at Paris+ are likely to become more ambitious once it relocates to the Grand Palais in 2024. Enough to Go Around?

In the wake of Art Basel last year, a handful of collectors grumbled about the difficulty of securing a hotel room and the inconvenience of traveling there, setting off some of the zero-sum-game conversation.

Meanwhile, other collectors have said they might be opting to skip Frieze, or come for just a few days toward the end, in favor of Paris +. “I hope that Art Basel’s competence will convince foreign collectors to come to Paris rather than London because it’s Frieze that was FIAC’s real competitor for 20 years,” Anne-Claudie Coric, executive director of Templon, said. “It’s probable that Art Basel must reinvent itself too in a way even if Switzerland has unique, fiscal and logistical advantages, notably the free ports that are a key element of the international art market’s fluidity.”

Yet most gallerists do not think that Paris+ could readily outshine Art Basel. “Paris has become an unmissable destination for everyone in the international art world [but] Paris and Basel are distinctly different cities and I expect that they will be very different fairs, each with their own unique appeal, not unlike Frieze New York and Frieze L.A.,” said Marc Glimcher, CEO of Pace Gallery.

Or, as New York gallerist Peter Freeman put it, Art Basel “will always have the best quality in every category [and] attract the most serious and focused collectors, and institutional visitors.”

Plus, by securing a spot in Paris before a rival, Art Basel is in a position to call the shots. “Since Paris+ belongs to Art Basel, its success couldn’t be a threat,” François Dournes, a director at Galerie Lelong, said. “On the contrary, it can only reinforce the Basel fair which is sufficiently far away in the calendar for there not to be any problem of competition.”

Several gallerists think that the synergies between Art Basel and Paris + could have a negative impact on other fairs “such as Frieze in London, Art Cologne, or MiArt,” said French gallerist Nathalie Obadia. “Non-European galleries hesitated about participating in FIAC because Paris didn’t have the image of being a strong place in the art market and London, with Frieze, attracted more international galleries. But Brexit and the fact that Paris has become the European art capital makes the difference.”

VAT is understood to be 7.9 percent at Art Basel and 20 percent in Paris and London, which gives Basel a clear advantage. However, the overall tax situation is complex and varies according to multiple factors, including the origin of an artwork and destination once sold.

The distinct market situation is of vital importance. “Paris+ is more of a branding exercise and it would only be impactful [on Art Basel] if Paris overtook London as a financial capital in the Eurozone so it’s [not a case of] cannibalizing,” Belgian collector Alain Servais said.

Inevitably, gallerists are impatient to see exactly how Paris+ will turn out. “It’s difficult to appreciate a fair’s impact before it’s taken place,” French gallerist Kamel Mennour mused. “Marc Spiegler and [Paris+ director] Clément Délépine’s team are doing everything to make the biggest [collectors] come from all over the world [and] the fact that a big company like Art Basel commits to Paris is a very positive sign.”

World’s Emergency-Lending Capacity Is Getting Stretched as Crises Deepen

Art Burns: Artists Pick the 10 Most Brutal Reviews They’ve Ever Received in a New Book of Negative Criticism