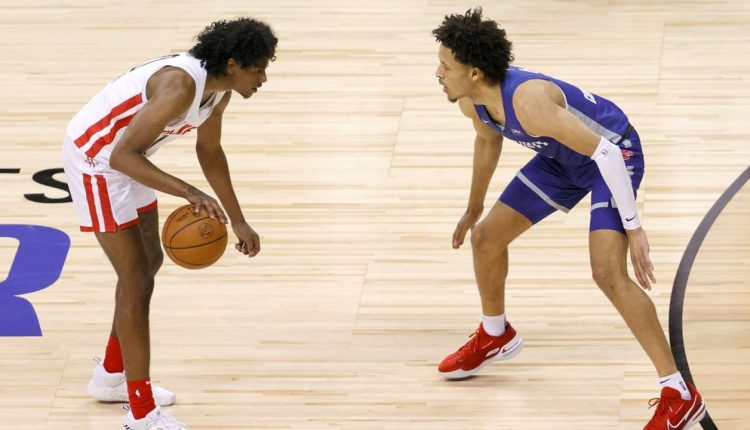 NBA Summer League gave basketball fans an early look at what this year’s draft class has to offer — and what a class it is.

Plenty of eyes will be focused on Pistons guard Cade Cunningham, Rockets guard Jalen Green and Cavaliers big man Evan Mobley this season. The top three picks of the 2021 NBA Draft figure to play prominent roles on their new teams and lead their franchises into the future.

The talent in this group goes beyond those three guys, though. Could other young players crash the Rookie of the Year party?

Here’s how the award odds are shaping up with less than two months to go before the start of the 2021-22 NBA season:

— Cunningham, Green, Mobley and Magic guard Jalen Suggs land in the top tier not only because they are some of the most highly touted prospects in recent memory, but also because they will have to contribute for rebuilding squads. Mobley is at a slight disadvantage because he won’t be a primary initiator in the same way as Cunningham, Green and Suggs. Still, he should be able to impact the game in other areas, particularly with his versatility on the defensive end.

— Raptors forward Scottie Barnes was selected in the top five, but he is entering a different situation than the players above him on the odds list. Toronto possesses a core of Fred VanVleet, OG Anunoby and Pascal Siakam, and it added Goran Dragic in the sign-and-trade deal that sent Kyle Lowry to Miami. The Raptors won’t rely heavily on Barnes offensively, which is good for his development — but not his Rookie of the Year chances.

— It’s hard to envision a huge statistical year for Davion Mitchell unless the Kings eventually move one of their other guards. Mitchell has a terrific skill set and work ethic, but De’Aaron Fox, Tyrese Haliburton and Buddy Hield are going to eat up a lot of minutes and possessions.

— Beyond that, you’re betting on rookies whose cases may rely on helping a playoff team rather than raw production. Can Jonathan Kuminga be a factor for the Warriors alongside Stephen Curry, Klay Thompson and Draymond Green? At 24 years old, is Chris Duarte ready to immediately step into the Pacers’ rotation? It seems unlikely that anyone on the list below Suggs will really pop, but that’s why you get those odds.