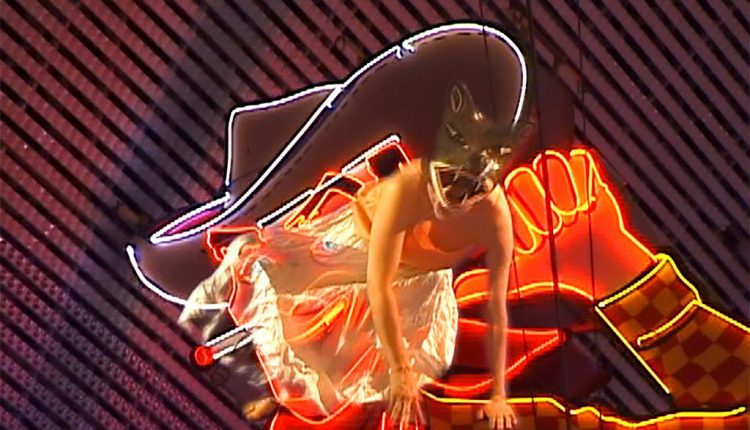 The art event plays to the strengths of the local art scene, which has a robust institutional landscape, which has blossomed even more in recent years, with new directors at two of its main museums, Haus der Kunst and Kunstverein Munich.

Borrowing from the well-loved Condo format that has taken place in London and New York, Various Others features 19 partner galleries from abroad collaborating with their Munich colleagues. Some were given a carte blanche, like at gallery Beacon, where Société presented a solo display of Trisha Baga’s installation There’s No “I” in Trisha (through October 15).

Sperling, one of the event’s founding galleries, hosted Berlin’s KOW with a two-person show by Anna Ehrenstein and Andrew Gilbert (through October 15), an uncanny union of two artists who each explore power structures in very different ways.

And, not unlike Brussels or Vienna, Munich is steeped in collectors—and some of these patrons opened their doors to the public, with Sammlung Goetz and Paulina Caspari hosting viewings.

Here are seven shows not to miss in Munich this month.

On view through November 13 Pippa Garner, Un(tit)led (Women Should Be Free) (No Charge). Courtesy of the artist.

California artist Pippa Garner gets her first solo exhibition at an institution in Europe, a survey of an ephemeral output of work that spans five decades at Kunstverein Munich. Her artistic career began during the Vietnam War, when she worked as a combat artist, documenting and interpreting the historic event. (She was known then as Philip Garner.)

The show “Act Like You Know Me” retraces Garner’s artistic production over the years through photographs (many of her sculptures and artworks were lost, given away, or reused for other projects). It is a tribute to Garner’s unique transgressive methodology of questioning American consumerism, the marketing of lifestyle, as well as gender, identity, and body politics. Together with Sprüth Magers, the Munich gallery Christine Mayer has brought together a dark and amusing combination of two enfant terribles: the German painter Hans-Jörg Mayer and the experimental filmmaker Kenneth Anger. Anger, a few years Mayer’s senior, had an outsized influence on the German artist’s practice. Though working in different media, Anger and Mayer are both self-declared Luciferians who mine this occult religion for their work, and that fascination pulses across this rather eccentric two-artist show. To accompany Mayer’s large, colorful paintings that seem to depict half-transformed human figures are are a trio of printed film stills from his seminal 1954 work Inauguration of the Pleasure Dome, focusing on a freakish masquerade scene. In Germany, the Minimalist painter and sculptor Imi Knoebel needs no introduction—yet an extensive exhibition, like the one at Sammlung Goetz, one of Germany’s most respected private collections, offers a refreshing view into the artist’s career, with museum-quality works and historical considerations. The retrospective, which shirks a chronological succession of work, spans five decades. Organized in collaboration with Knoebel and his wife Carmen, the exhibition features his well-known fiberboard paintings and geometric works made with aluminum, as well as rarely exhibited expressive paintings from the 1980s. An exhibition of Rego’s work carries particular weight this year on the heels of her death in June, at age 87. Yet Rego’s paintings and drawings have a strong gravitas in any context. the show “Fragments of a Language of the Body” bowls you over with two floors of works by the Portuguese artist. (Coincidentally, perhaps, Jahn und Jahn announced this month that it will be opening a space in Lisbon, Rego’s hometown.)

The in paintings, sketches, and drawings on view offer unflinching depictions of difficult subjects and female figures undergoing various life milestones and traumas: suffering, pregnancy, ageing, abuse, abortion. Rego’s skill as an artist is representing such a vast breadth of human emotion from total vulnerability and subjugation to empowerment—even if the latter comes in the simple glance of a subject. Concurrently on view in Venice are several large paintings, given prime place in Cecilia Alemani’s Venice Biennale. It is part of overdue appreciation for an artist of titanic importance in the canon of portraiture. The experimental, 94-year-old artist was finally given a long-planned show at the Haus Der Kunst. A major survey of Jonas’s deep and varied artistic practice—which began in the 1960s, when she helped create performance art as we know it today—has a particular poignancy given that it is a postponed project started by the museum’s former director Okwui Enzewor in 2018.

After Enzwor was ousted from the museum, his Jonas show (as well as a show dedicated to Adrian Piper) was called off, citing “cost” concerns. A show of work by Markus Lüpertz, a member of Germany’s near-monarchic male painter cohort, took its place. (Ironically, that show was organized by the curator Walter Smerling, who is known for murky financial dealings with German institutions.)

The Haus Der Kunst’s new artistic director Andrea Lissoni has brilliantly revived this show with his own vision, organizing it into open-ended themes and bodies of work. It is a fascinating way to wander through the work of an absolutely timeless artist. A detail of Gabriel Rico’s Because Nothing is More Pleasant to the Eye Than Green Grass Kept Finely Short (99 cm) (2022). Photo: Studio Rico, Courtesy of OMR, Mexico City.

One of the newer galleries on the Munich art scene—and, now in Berlin, as well, where the gallery expanded to this month—Max Goelitz hosted a precise exhibition of work by Mexican artist Gabriel Rico, collaborating with one of Mexico City’s more notable galleries, OMR.

Rico, who is also represented by Perrotin, creates entrancing sculptures that are in an almost neurotically created balance, where disparate materials—wood, bones, neon rope, a rusted old horseshoe—are brought into new constellations. Each individual piece of these masterful compositions seem to be caught in a tension between their historical function—a playing card, a piece of a fishing tool—and the connotation derived from being part of a larger work.

To this end, on view at the gallery is a particularly striking piece from 2022—a large-scale, wall-mounted circle made from a ready-made arrangement of 41 different kinds of knives, some new, some old, some antique. The work introduces a tense kind of holy interpretation of society’s most basic tool. “Transvestites” in front of the entrance to the Institute of Sexology, Berlin 1921. © bpk / Kunstbibliothek, SMB, Photothek Willy Römer

“To Be Seen” opens this week at the Munich Documentation Centre for the History of National Socialism—often just called the NSDOKU—an institution that opened in 2015 on the site of former “Brown House,” the Nazi Party’s Munich headquarters. NSDOKU examines the history and impact of the Nazi party from the time of its formation to the present day.

The upcoming show will focus on the stories of Germany’s LGBTQI+ community, who suffered greatly under the Nazi regime. It will also focus on how queer life became more present in public life during the 1920s, at a time when progress was being made in the realm of human rights and social freedoms. This progress, however, was snuffed out as the Nazis came to power. The show presents historical archive material alongside contemporary works by artists including Maximiliane Baumgartner, Nicholas Grafia, Henrik Olesen, and Wolfgang Tillmans.

Find out more about Various Others’s programming on its website.

When Hate Becomes an Instrument: 4 Queer Culture Workers From Turkey Respond to the Anti-LGBT+ Rally in Istanbul