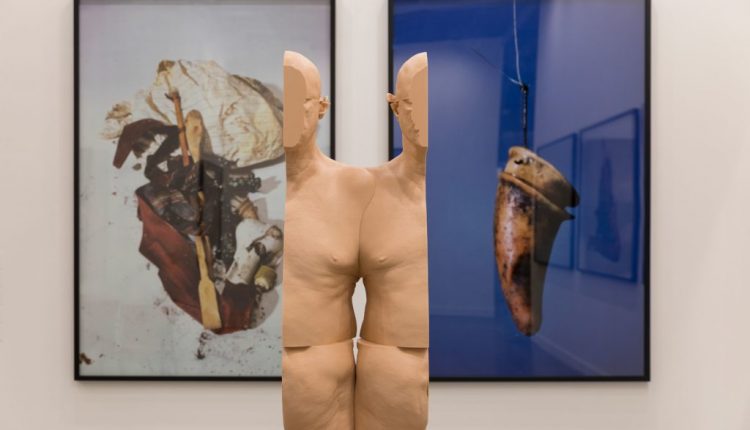 A new generation of Italian collectors is bringing an international dimension to the country’s art scene. With an insatiable curiosity about art being created both in Italy and elsewhere, these collectors are actively supporting artists of their own nationality while taking an engaged interest in artists from other cultures.

Some come from cultural families and began collecting in their teens, having already received artworks as presents or through inheritance. Others gravitated towards art through passion, sometimes going against the grain of their family.

What is striking is how these collectors wear several hats—either by running an artists’ residency, an art-and-architecture platform or a consultancy. Collecting is not a mere sideline activity but is inextricably linked to their daily occupations. Their commitment to collecting is all the more remarkable given how badly affected Italy was during the pandemic. Age: Quoting Hermann Hesse, Rusconi has “entered the third stage of her life.”

Distinguishing Factor: Rusconi has long been dedicated to promoting artists and collaborating with institutions. She formerly owned a photography gallery, Fotografia Italiana, which was later renamed eponymously to represent contemporary artists. Today she runs Nicoletta Rusconi Art Projects. This has branched out to an exhibition space and artists’ residency, Cascina I.D.E.A., in a restored farmhouse in the Piedmontese countryside. Rusconi’s latest venture is an Instagram profile called ARTbite that promotes artworks costing €300 ($347) and €3,000 ($3,473). Rusconi seeks a “therapeutic value” in art. She says: “I buy from the heart and my collection contains everything that has moved me over the years. Collecting for me is life; it is breathing.”

Fun Fact: Rusconi had an epiphany in 2002 when she visited the Barnett Newman exhibition at Tate Modern and was moved to tears by the artist’s Stations of the Cross minimal paintings. “It was clear to me that my heart was showing me a path and that I wanted to follow it.” Distinguishing Factor: Festa runs an art consultancy, Andrea Festa Fine Art, and bravely founded a gallery in his apartment in Rome last year during the pandemic. “The classic concept of a gallery is in crisis because the online experience is destroying the traditional gallery,” Festa says. “I have a beautiful, classical apartment in the centre of Rome and my gallery is focused on paintings.” Festa views collecting as something obsessive: after first collecting comics at the age of 10, he began collecting music and movies on VHS and DVDs in his teens before turning his attention to art in his twenties.

Fun Fact: Festa studied theater while concurrently pursuing his studies in pharmacology. He has been working as a pharmacist for nine years while honing his eye as a collector. What’s in the Collection: Mostly works created from the 2000s onwards by artists in their thirties and forties. Artists include Bea Bonafini, Sara Anstis, Andrea Bocca, Torbjørn Rødland, Sabine Marcelis, Soft Baroque, Gideon Rubin, Silas Inoue, Thomas Braida, Flora Yukhnovich, and Chloe Wise.  “What drove me to supporting their practice is having the chance to meet them personally,” Monti says.

Distinguishing Factor: Monti supports emerging artists through the residency program that he founded in 2017 at Brescia’s Palazzo Monti. His family had acquired the splendid 13th-century palace a few decades earlier and Monti had the palazzo and its 18th-century frescoes restored. Over the last four years, 180 artists have fulfilled a residency. “The artists are free, but not legally bound, to leave any kind of artwork behind, such as a sculpture or photo,” Monti says. “Our goal is to have fewer artists but for longer periods of time, and to give them more financial support.”

Fun Fact: Monti inherited a tapestry work by Fortunato Depero from his grandfather and then made his first acquisition—a multiple by Vanni Cuoghi—at the age of 14. After studying at Central Saint Martins College of Art and Design, he worked for eight years as a communications manager for Stella McCartney in London and New York. Distinguishing Factor: Perini-Natali’s family founded an industrial group and this environmental background shaped his taste and the prevalence of blues, grays, and references to industrial objects in his collection. He started visiting artists’ studios at the age of 24 and extensively researches the artists that interest him. “I really believe the collection has to be a mirror of the collector,” he says.

Fun Fact: After working for his family’s company, Perini-Natali studied visual arts at NABA, Milan’s New Academy of Fine Arts. He has a Masters degree in Contemporary Art Markets—his thesis was on art and industry—and did an internship at Sotheby’s, Milan. Distinguishing Factor: Sartago, who is based in London, has been acquiring two artworks per year since the age of 16. Her parents are the architects Piero Sartogo and Nathalie Grenon who worked on projects with artists such as Alighiero Boetti. She grew up going to art fairs and her knowledge of architecture influenced her sensibility towards art.

Fun Fact: As a director of art and architecture at Superblue (which creates “experiential” art installations), Sartago commissioned the Japanese architect Sou Fujimoto to create Forest of Space in dialogue with Drift’s Shy Synchrony installation atDesign Miami/ Basel in September. Back in 2018, she teamed up with Phillips on a project for which she asked eight architects, from Norman Foster to Alessandro Mendini, to each design a carpet.

Fantasy RB PPR Rankings Week 7: Who to start, sit at running back in fantasy football