Marc Chagall’s Catskills Studio, Where He Painted More Than 100 Works, Just Went Up for Sale for $240,000 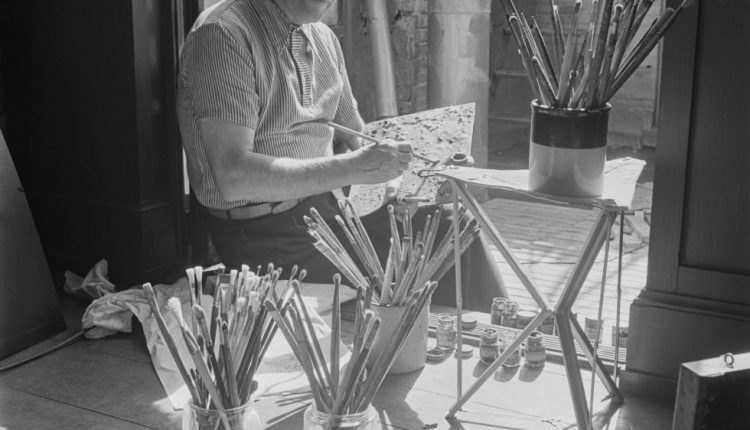 The cottage in New York’s Catskills Mountains that served as Marc Chagall’s studio from April 1946 to August 1948 has just hit the market. Located at 420 Mohonk Road in High Falls, the real estate firm Berkshire Hathaway is asking $240,000 for the two-bedroom, 840-square-foot property, which features a tiled mudroom, original wood floors, and a spacious skylight in the main bedroom.

Chagall was born in 1887 to a Jewish family living near the city of Vitebsk—then part of the Russian Empire, now modern-day Belarus. He moved to Paris in 1910, but returned home just before the start of World War I to marry his sweetheart, Bella Rosenfield, who gave birth to their daughter Ida in 1915. In September 1923, the family fled the increasingly strict Soviet Union for Paris.

By May 1940, antisemitism was rife throughout Vichy France and so the Chagalls, with help from Emergency Rescue Committee, fled to the U.S. in 1941, eventually settling in New York City.

Bella died from an infection in 1944 and Chagall soon fell into a malaise that could only be cured by his new housekeeper, Virginia Haggard McNeil. Twenty-eight years his junior, McNeil left her husband and began to model for Chagall. Exterior of Chagall’s studio at 420 Mohonk Road. All photos courtesy of Berkshire Hathaway.

McNeil headed upstate alone after she became pregnant with Chagall’s child. “Marc was terribly upset by this inescapable evidence of our new love,” McNeil wrote later. When the artist suggested she look for a home for them in the area, McNeil came across an expansive plot with two buildings, including the cottage that reminded Chagall of the isbas or traditional dwellings found in Vitebsk.

Works produced during this prolific period in Chagall’s career show a preference for a more simplified style than seen in his earlier artwork. The property’s surrounding gardens inspired The Redhead, Green Dream, Arum Lilies, and Bouquet with Flying Lovers—all painted here, alongside Self Portrait with Wall Clock and Flayed Ox. His time in High Falls, however, wasn’t all idyll. Real estate agent Ellie Perez told the New York Post that the F.B.I. regularly dropped in to search the premises. In 1948, the U.S. government denied Chagall’s visa due to his leftist politics. The family moved back to France, and had sold the property by 1952. McNeil left Chagall for a Belgian photographer that same year.

“The new owner divided the house and art studio parcels, and sold them separately,” Rik Rydant told the Poughkeepsie Journal. In 2011, he co-curated a local show exploring Chagall’s time in the town. The current occupant, Larry Lynch, has lived in the studio parcel since 1970—and has kept everything original.

“The listing has attracted all sorts of folks,” Perez told Artnet News. “We’ve had [interest from] artists and people from the historical society.”

Bottoms Up, Bronzino! The Frick Has a New Book Pairing Classic Cocktails With Masterpieces From Its Collection