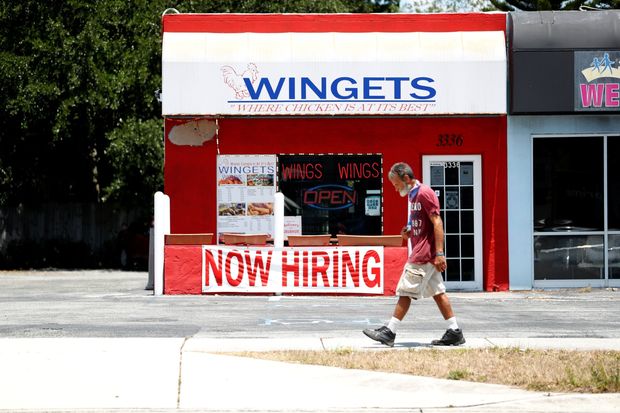 Worker filings for initial jobless claims have dropped by 35% since late April, adding to signs of a healing labor market as the U.S. economy ramps up.

Weekly unemployment claims, a proxy for layoffs, fell to 385,000 last week from a revised 405,000 the prior week, the Labor Department said Thursday. Last week’s decline in claims marked the fifth straight week that new filings fell, from 590,000 the week ended April 24.

“Claims remain elevated by normal standards, but the downward trend has been relentless in recent months, and a return to the pre-Covid level over the summer seems a decent bet,” said Ian Shepherdson, chief economist at Pantheon Macroeconomics.

Thursday’s reading brings the four-week average of initial claims—which smooths out volatility in the weekly figure—to 428,000, the lowest point since the pandemic began, though still well above pre-pandemic levels. Weekly claims averaged around 220,000 in the year before the pandemic.

Economists separately expect that the May employment report, set to be released Friday, will show that the economy added 671,000 jobs last month, after gaining 266,000 in April, and that the unemployment rate fell to 5.9% in May from 6.1% the prior month.

Explainer: how medical oxygen is made