‘It Felt Like My Michelangelo Was Stolen Off the Wall’: Trial Begins Over Back Tattoo Photoshopped Onto Risqué Cardi B Album Cover 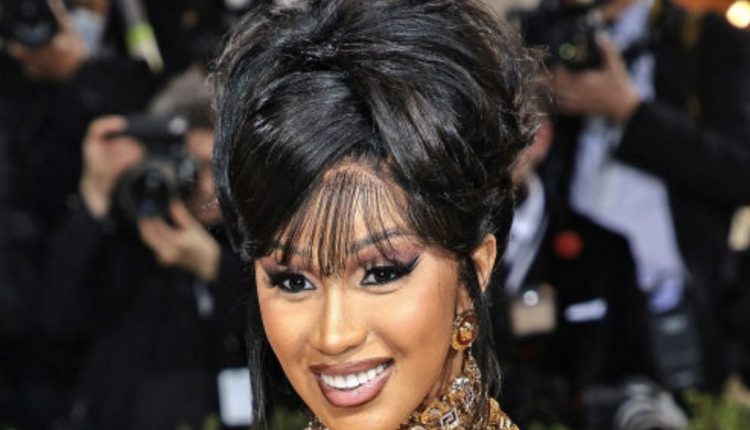 A copyright infringement lawsuit filed five years ago by a self-proclaimed “family man” against Cardi B over a provocative album cover went before a jury in an Orange County courtroom this week. Kevin Brophy Jr. of Los Angeles brought the suit after noticing his distinctive back tattoo, inked by renowned artist Tim Hendricks, featured on a model on the cover of the rapper and songwriter’s debut mixtape Gangsta Bitch Music Vol. 1 (2016).

He is seeking $5 million in damages, claiming Cardi B misused his likeness in “a misleading, offensive, humiliating and provocatively sexual way.” On the cover, a tattooed male model buries his face between Cardi’s legs while she sips a Corona and stares back at the viewer.

Cardi B is fighting the allegations, arguing that only a small portion of the tattoo was used without her knowledge. In December 2020, she argued that the image is “transformative fair use,” The Hollywood Reporter wrote. The album cover, as pictured in December 2020.

“This wasn’t hers to take,” said Brophy’s lawyer, Barry Cappello, referring to Cardi B’s creative choice during his opening statement, according to Courthouse News. “It’s the personal property, the personal identity, of a private citizen.”

Brophy, who appeared in court with his usual shaved head, replete with visible tattoos, took the stand first. “I would never ever sign off on an image like this, being a father of two,” he said. “No one ever asked for my consent. This was just an image that came into my life.” He also said his wife and children have both grilled him about the image.

“This was my Michelangelo,” Brophy continued, citing the time, money, and effort put into the tattoo of an entangled tiger and snake. He sat for numerous one-hour sessions with Hendricks over the course of a year and a half. “It just felt devalued. It felt like my Michelangelo was stolen off the wall.” Brophy’s back piece, as featured in December 2020.

Courthouse News reported that after submitting his first draft, the graphic designer behind the cover art, Timm Gooden, was asked to find a more suitable tattoo to replace the model’s existing back tattoo, which featured “a cartoon animal with his finger in his mouth.” Gooden then Googled “back tattoos” and found Brody’s.

Cardi’s lawyer, Peter Anderson, pointed out that Gooden only took a portion of the image of the tiger “and put it on a toned, muscular, Black gentleman—the model, who has a full head of black hair.” He added that Brody “is a white man with a shaven head.”

Anderson also questioned whether Brophy could identify anyone who’d actually recognized him immediately from the album cover. Instead, Anderson asserted, this lawsuit itself has caused most of Brophy’s woes. “That’s a self-inflicted wound,” Anderson said.

The trial is expected to last four days.

Neither party has responded to enquiries from Artnet News at the time of going to press.