Are You Familiar With ‘Hop-Hop Architecture’? See Examples of Style From an Illuminating New Museum Show Dedicated to the Movement 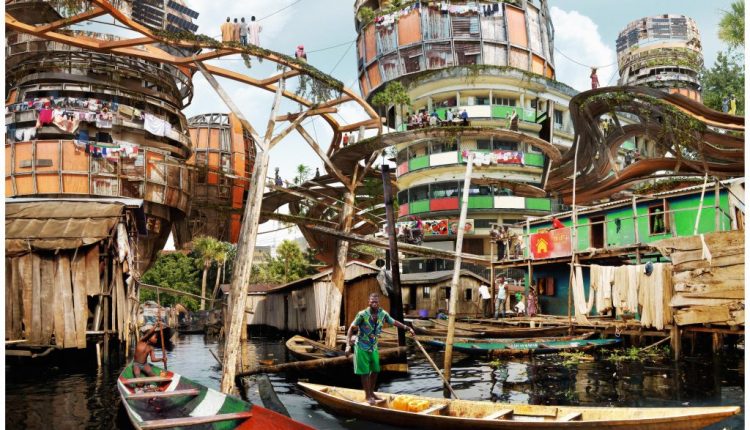 This week, the Museum of Design in Atlanta unveils “Close to the Edge: The Birth of Hip-Hop Architecture,” a survey of temporal, reactive, and improvisational architecture, designed by scholar and architect Sekou Cooke.

“Hip-hop architecture had been talked about and debated at Cornell University in the mid-90s, after the legendary thesis project by Nathan Williams,” Cooke told Artnet News. The curator has since written a book on the topic, hosted a symposium, and organized this touring show. “Close to the Edge” outlines the movement’s 25-year rise through facade studies, urban development proposals, installation strategies, and building designs.

While on the surface hip-hop and architecture might appear at odds—one celebrates spontaneity, the other relies on structure—the combination of the two is an “anti-style” design movement that riffs off the music’s playful pastimes: deejaying, emceeing, b-boy dancing, and graffiti. Cooke has identified three categories that are particularly important to the movement: Identity, Process, and Image. Together, he said, these categories hold space for “designers with deeply rooted, hip-hop identities, those committed to processes extracted from hip-hop elements, and reflecting an image that may somehow be tied back to aspects of public consciousness attributed to hip-hop.”

Designing the show specifically for MODA’s sprawling galleries, Cooke sought to create intimacy through wall text and sonic environments. He met the museum’s mandate for interactivity with a turntable feature “where visitors can manipulate 3D prints in action.” He has also expanded the traveling show’s “If Ya Don’t Know…” glossary wall with “historical images of hip-hop’s elements, grounding them back to a Southern context.”

Altogether, the show asks how call and response can become an architectural imperative, in the same way hip-hop and its entourage activities are all based on flow.

“Close to the Edge: The Birth of Hip Hop Architecture” is on view October 15 through January 29, 2023 at the Museum of Design in Atlanta. Take a sneak peek of the exhibition below. “Close to the Edge” at the Center for Architecture in New York, late 2018. Photo: Erik Bardin, courtesy of MODA. Self-Censorship Among Artists and Museum Workers Is on the Rise in Poland, a New Report Finds