In Pictures: See What $1 Billion Worth of Art Looks Like, Courtesy of the Paul Allen Collection Sale at Christie’s 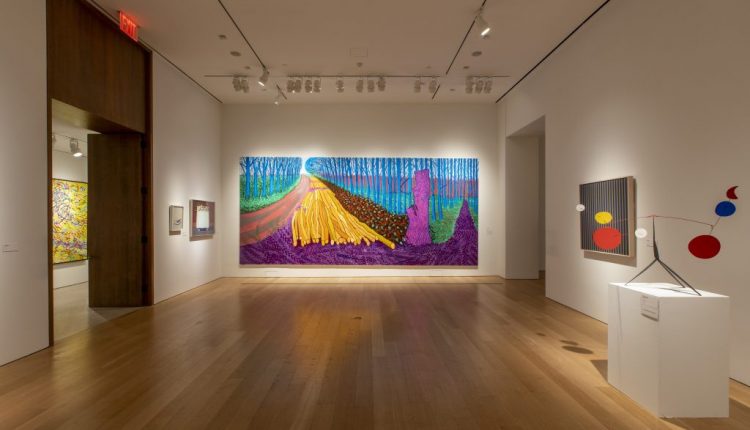 In August, Christie’s set the art world (and beyond) atwitter when they announced that they’d won the consignment to auction the billion-dollar art collection of late Microsoft co-founder Paul Allen, in a sale they’ve dubbed “Visionary.”

Although the vast span and depth of Allen’s art collection had been well known by friends, industry professionals, and museum-goers—who saw the many traveling exhibitions that featured loans from Allen—Christie’s kept details of what is set to be the art world’s most profitable auction close to the chest.

The strategy paid off, as Christie’s made headlines over the past few months, when it revealed the inclusion of Sandro Botticelli’s Madonna of the Magnificat and a cache of four paintings by Georgia O’Keefe. And since October 29, however, all 156 lots from the sale are on public view at Christie’s Rockefeller Center gallery, through November 8. The offerings include everything from art historical works by Vincent van Gogh and Georges Seurat to contemporary treasures by Damien Hirst and Anish Kapoor, as well as some interesting deep cuts—a sculpture by Pablo Picasso and a diagram by René Magritte. The sale itself will take place over two days, November 9 and 10.

Worth noting is that Allen’s tastes evidently skewed toward male artists. Only 13 of the 156 artworks were made by women, with only seven unique female names represented, including Yayoi Kusama, Agnes Martin, and Louise Bourgeois.

Still, the auction preview is a veritable museum-quality exhibition in itself, not only for the breadth of stylistic periods covered, but for the legend behind the man who accrued them. In case you can’t make it to Rockefeller Center, we have assembled a small highlight reel of everything hitting the auction block next week—until the rest of Allen’s works, estimated to still be worth more than $500 million, surface on the market too.