How LIV Golf Is Tearing The Sport Apart, In 3 Charts 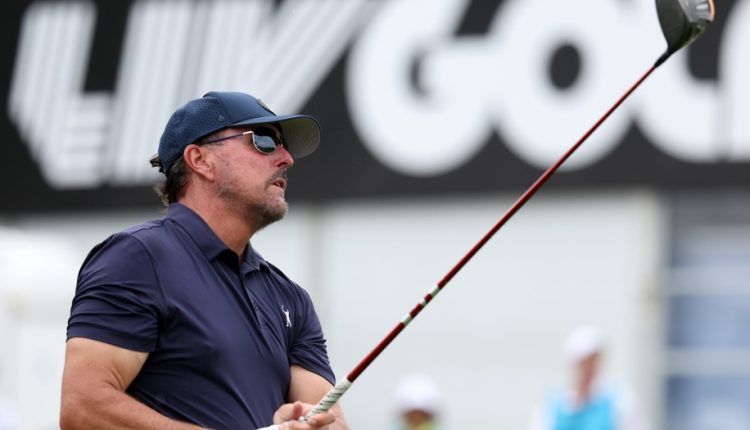 It seems you can’t go a week without players from the PGA Tour and LIV Golf sniping at each other in the press. The most recent edition featured maybe the two biggest principals in golf’s civil war — Phil Mickelson and Rory McIlroy — going at it over which tour represents the future of the game. And that very argument has been at the heart of the battle tearing professional golf apart ever since the Saudi-backed LIV Golf circuit hit the scene earlier this year.

From debates over the ethics of helping LIV Golf “sportswash” the Saudi royal family’s human-rights violations1 to questions about which pro golfers LIV Golf has afforded greater financial leverage to, it’s not melodramatic to frame the PGA Tour-versus-LIV Golf battle as a fight for the soul of the sport itself. But how did we get to the point of a major sport being ripped in two directions, within the span of a little less than a year?

One of the big reasons why the meteoric rise of LIV Golf has created such a huge rift in the sport is simply the magnitude of the names the upstart tour has poached in such a short period of time. When Mickelson became the first golfer to publicly entertain the notion of defecting from the PGA Tour — in comments made to journalist Alan Shipnuck, first published in February — he ranked among the top 100 players in the world (and was the defending PGA Champion), but he was largely out on an island as a then-51-year-old whose prime days were probably well behind him. In the time since, however, LIV Golf has managed to significantly upgrade its roster: Forty-four of the top 150 players in the world as of June 112 have departed for the rebel tour:

That group includes 2022 British Open champion Cameron Smith, who defected for LIV Golf in August. While a majority of top golfers still play in the PGA Tour and/or affiliated organizations, the fact that nearly a third have jumped ship helps explain the shockwaves LIV Golf has set off within the golf world.

And if you want to know why they left … well, it’s all about the money. (When is it ever not?) We compared per-tournament PGA Tour and LIV Golf earnings for players who went from the former in 2020-21 — the last full PGA Tour season without LIV Golf as a competitor — to the latter in 2022, and the differences for most players ranged from a modest raise under LIV Golf to an astronomical increase in money for any given event:

For some golfers, like Smith, this at least partially reflects the benefits of a well-timed career year. (Smith had nearly doubled his previous career-high earnings in a PGA Tour season even before moving to LIV Golf.) Some of LIV Golf’s higher per-event payout is also a function of having more money going to fewer events — there have been seven since June 11, compared with 19 for the PGA Tour — though most top players only play a fraction of the total events on the calendar anyway.3 But it’s mainly a testament to just how much money the Saudi government has spent to lure elite golfers away from the PGA Tour’s sphere of influence. According to The Athletic, $2 billion of the country’s $620 billion Public Investment Fund has been earmarked for spending on the startup golf tour — and that money has done its share of talking so far.

In fact, another way we can see the effect of LIV Golf’s presence on the pro golf industry is in how the PGA Tour has reacted to those defections. At various points in the summer and fall, commissioner Jay Monahan announced that the Tour would be working with players to boost the prize money for multiple events on the calendar for future seasons — clearly in an effort to retain players mulling the idea of hopping to LIV Golf.

In response to the response, LIV Golf also announced increased prize pools for its events, sparking what many have called an arms race between the two competing tours. The increased pressure to acquire and retain talent might be good for high-level players in the short run, but it’s still unclear where the increasingly bitter fight between the PGA Tour and LIV Golf will ultimately leave the sport.

A successful LIV Golf tour will do nothing to discourage the types of human-rights abuses that critics say the Saudi government is using golf to obscure. Meanwhile, if top players continue to defect in larger numbers, LIV Golf may become an even less viable option for the middle and lower class of players, whose status on the Tour is actually the most tenuous.4 (Plus, the younger players who join LIV Golf directly out of the amateur ranks could find themselves never being eligible for the PGA Tour.) And although there are historical cases of rival leagues forcing mergers and elevating the established organizations they once competed with, there are also counterexamples in which a split left its sport in tatters.

Which outcome will golf find itself in when the smoke clears on this battle? Only time will tell.

Russia to Suffer Worst Slowdown of Any Major Economy

ECB Raises Rates by 0.75 Point to Highest in More Than a Decade