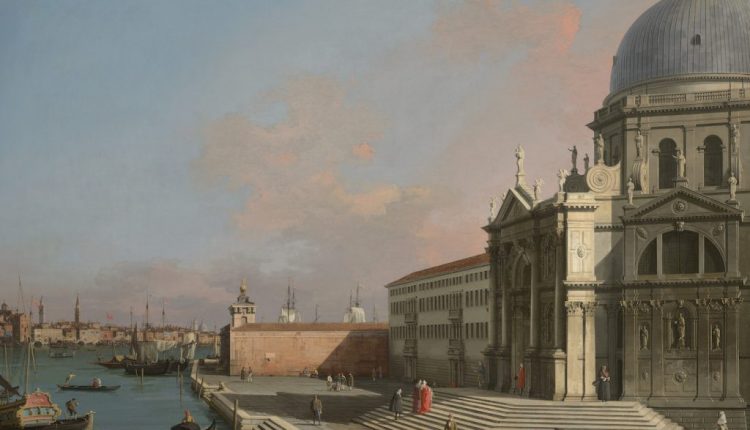 The first offering of the storied Ann and Gordon Getty collection at Christie’s was a solid if quieter than usual evening sale that pulled in $79.4 million, compared with expectations of $50 million to $77 million (estimates were revised downward after one work was pre-sold and another was withdrawn).

Of the resulting 58 lots on offer, all were sold and there were no guarantees on individual lots. While the sale may have lacked some of the usual eight-figure fireworks that have increasingly come to mark evening sales of this caliber, the eclectic mix of Old Masters, Chinese ceramics and art, as well as Impressionist and modern masterpieces, drew no shortage of intense, loyal, and enthusiastic demand, as seen in the ensuing bidding contests for works not typically seen in evening sales. Take for instance, a cut-glass mounted ormolu, 18-light chandelier from the 19th century that formerly hung in the Getty dining room. It sparked fierce competition before hammering to a phone bidder for $580,000. The Getty evening sale was the latest example of the hybrid model of physical salesroom auction with a live audience—some of whom wielded paddles and bid energetically—supplemented by phone banks manned by Christie’s specialists talking with respective clients and the notable presence of online bidders through the Christie’s LIVE platform.

The top lot of the evening was Mary Cassatt’s Young Lady in a Loge Gazing to Right (circa 1878–79), a pastel, gouache, watercolor, and charcoal with metallic paint on paper, which sold for a record $7.5 million, surpassing the previous artist record of $6.2 million set more than a decade ago, in May 2007 for an oil on canvas.

“Cassatt is one of those rare artists, like Degas, who was so adept with pastel that her works on paper frequently sell for more than oils which is why this is now a deserved record for her,” said auction veteran and private dealer David Norman. “I think this result also supports the ongoing reappraisal upwards of works by female artists,” he added. The second-highest price of the evening was $5.1 million realized for Bouquet, vase chinois (1901) by Henri Matisse. The following top lot was yet another floral still life, Odilon Redon’s Le pavot noir (circa 1905) that sold for $3.8 million.

In the hours leading up to the sale, Christie’s revealed that one of the star lots, Canaletto’s Venice, the Grand Canal Looking East With Santa Maria della Salute, was acquired in a private deal brokered for the Fine Arts Museums of San Francisco (FAMSF), supported by museum board member and patron Diana “Dede” Wilsey.

Museum director Thomas Campbell spoke with Artnet News in a phone interview from Europe immediately after the acquisition was announced. “Obviously it’s one of the jewels of the crown of the Getty collection and many of us who have visited the Getty home over the years have lusted after it,” said Campbell. “So the fact that it was going to auction at a high price that seemed unattainable was a challenge. It’s such an important painting by such an important artist that would be a perfect compliment to the Legion of Honour collection.”

“Of course we’ve been having conversations and ultimately what it came down to was a conversation with Mrs. Wilsey,” said Campbell. He recounted that roughly a month and a half ago:  “I called her one Sunday evening and I said ‘Dede, I had a crazy idea. What if we approached the auction house and see if they’ll do a preemptive sale?’ She thought about it bit and then she gave me the green light and we approached them.” Campbell called the “masterpiece” an “exciting win” for San Francisco. He declined to disclose the sale price other than to label it as “hefty.” The presale estimate on the painting given by Christie’s was $6 million to $10 million.

A number of other Canaletto view paintings were offered in the sale. At least two were bought by the same bidder via telephone bids through Christie’s deputy chairman Cyanne Chutkow. These included Venice, the Grand Canal looking South from the Ca’ Da Mosto toward the Rialto, which sold for $3.8 million and Venice, the Piazzeta, looking west, with the Liberia, for a below estimate $882,000 (missing the low $1.5 million asking price).

The identical $882,000 price achieved for A capriccio with the church of the Redentore, (also well below the $1 million asking price) sold to a third buyer bidding through another Christie’s specialist. Other top lots included Jean Antoine Watteau’s Three head studies of a girl wearing a hat, made of black and red chalk, graphite, watermark, and sold for $3.4 million, compared with a high estimate of $2.5 million.

Ever Wanted to Sleep Inside a Giant Acorn? See the Winners of Airbnb’s $10 Million Contest for (Rentable) Architectural Fantasias

Fed Set to Raise Rates by 0.75 Point and Debate Size of Future Hikes