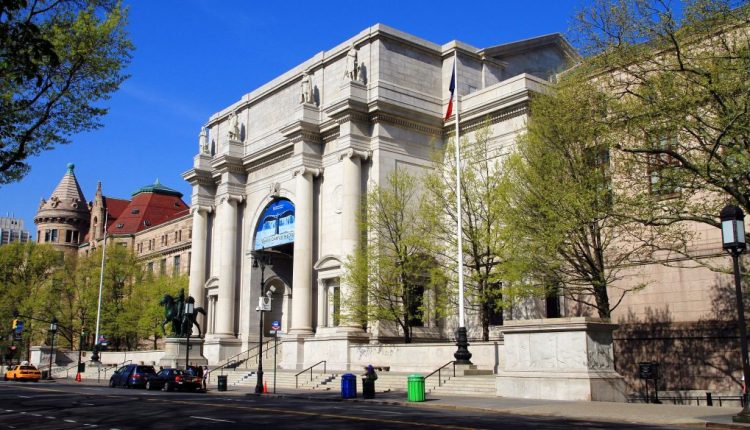 Don’t worry—the giant blue whale is safe. But there was a bit of a scare at New York’s American Museum of Natural History in the wee hours of the morning, when the FDNY was called to the scene to extinguish a small blaze in a first-floor office space at the institution.

After a 911 call about smoke at the museum, some 60 firefighters arrived on site around 1:30 a.m. to discover heavy smoke conditions, reports the New York Post. The fire was contained within an hour of the FDNY response; one firefighter on site sustained minor injuries, according to NY1.

No exhibitions appear to have been affected, so the museum’s famed collection of natural specimens such as dinosaur fossils and precious gems and minerals were thankfully unharmed.

“Further assessments are being made to determine whether any damage occurred in areas near the affected space,” the museum said in a statement emailed to Artnet News. This photo of the scene of a fire at New York’s American Museum of Natural History was uploaded to the Citizen App.

Fire marshals have investigated the cause of the fire and believe it was an accidental electrical fire. The flames were found in a closet in an office area, according to the West Side Rag.

Despite the brush with disaster, the museum opened for business as usual Tuesday morning. The only area that was temporarily closed to visitors was the Hall of North American Mammals, through which the affected area is accessed, while museum and safety officials continued to respond to the situation. The hall, which first opened in 1946, contains 43 dioramas featuring 46 mammal species. Highlights include the atmospheric “Wolves by Night” display, of a pair of wolves hunting beneath the Northern Lights.

The museum is currently finishing construction on its new Gilder Center for Science, Education, and Innovation, a major expansion set to open in February. The 190,000-gross-square-foot addition, designed by Studio Gang, has been in the works since 2014, and will feature new exhibition galleries, classrooms, and an immersive experience titled “Invisible Worlds.”

Spotlight: Under New Director, the Artissima Art Fair Is Leaning Into a Theme of ‘Transformative Experience’