Elton John Has Curated a Transfixing Show of Peter Hujar’s Photographs. Here’s What His Selection Reveals About Both Artists’ Visions 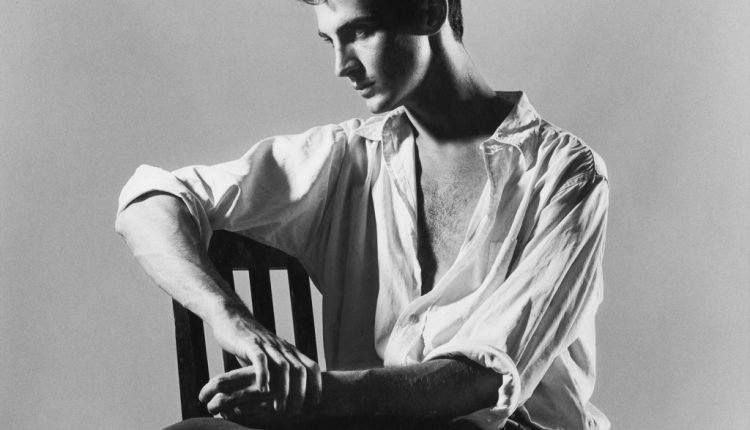 An old chest sits open on the floor of a storage room in Peter Hujar’s 1973 photograph, Clown’s Trunk. Piled inside the container are balled socks and boxes full of makeup. A dog-eared biography of Buster Keaton sits on the yawning lid like a bible atop an altar.

“That’s a picture I had seen before, but I had not paid as much attention to it as it deserved,” recalled San Francisco gallerist Jeffrey Fraenkel, who has represented Hujar’s estate since the mid-2000s.

That the unassuming photograph went overlooked amongst Hujar’s many sensuous studies of writers, rockstars, and fellow artists makes sense; it feels, at first blush, like an outlier. But when the shot happened to be among the 50 pictures chosen by pop icon Elton John for a new exhibition at Fraenkel’s gallery, the dealer looked again.

Encoded in the trunk tableau, he realized, was a portrait of a person whose rich onstage life left them with little when the curtains went down.

“This is a picture about a performer who goes out in front of an audience in god knows whatever town, does his best to entertain them, then comes back to his dressing room, packs everything into the trunk, and moves on to the next little town,” Fraenkel explained. “And I thought, ‘Wow, Elton John is somebody who would understand the deeper meanings of this picture.’”

Tellingly, Clown’s Trunk is one of many portraits of performers included in “Peter Hujar: Curated by Elton John,” an exhibition that highlights both artists’ visions. John, who is now on the road in a yearlong farewell tour, has quietly become one of the world’s preeminent photography collectors over the last three decades. In the Rocket Man’s personal collection are prints by Nan Goldin, Tina Modotti, Man Ray, and Cindy Sherman, among others.

Hujar’s name didn’t join that list until 2011, John explained, in a forward he wrote for the Fraenkel show catalogue, but he has been a favorite of the pop star ever since.

“In the years since acquiring that first Hujar, I’ve added 14 more into my personal collection,” John wrote. (Several of those were sold by Fraenkel, the gallerist confirmed.) “Hujar’s humanity, depth, and sensual insights aren’t for everyone, and don’t need to be, but once his pictures get into your bloodstream, they are impossible to shake.” That’s a loaded metaphor for an artist who died of an AIDS-related illness in 1987. But John is right that Hujar’s best work lingers with its viewers—often to ineffable effect. “His pictures share, in place of a style, an unfailing rigor that can only be experienced, not described,” New Yorker critic Peter Schjeldahl once wrote.

A sense of sorrow pervades the Fraenkel Gallery show, as many presentations of Hujar’s work often do. His early death, and the death of so many of his subjects, casts a shadow hard to escape. John, to his credit, embraces it.

Elsewhere in the exhibition is a 1974 picture of Warhol star Jackie Curtis, laid up in the hospital. Stripped of her usual gaudy makeup, she looks thin and pale. On an adjacent wall is another portrait of Curtis, this one taken after she died of a drug overdose. She lies prostrate in a coffin, and the makeup she has on is the uncanny kind they put on corpses for a funeral.

A picture of her onstage persona is perched behind her like the Buster Keaton biography in the Clown’s Trunk. It’s a connection only John could see.

“After all these years, it’s so clear to me that the most interesting way to learn something new about an artist is to look at their work through the eyes of another artist,” Fraenkel said.

See more Hujar photographs from the exhibition below. “Peter Hujar: Curated by Elton John” is on view now through October 22, 2022 at Fraenkel Gallery in San Francisco.