Editors’ Picks: 10 Events for Your Art Calendar This Week, From a Judy Chicago Chat With Dior’s Creative Director to a New Beauford Delaney Show 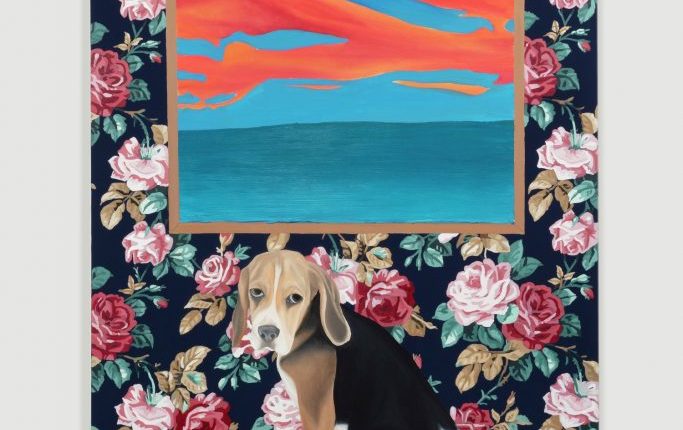 Galerie Zurcher in the East Village.


For the 25th edition of Salon Zürcher, the gallery’s presentation during Armory fair week, the work of 11 female artists will be on display free to the public. The show’s title comes from the phrase “Femmes d’esprit,” an 18th-century term for independent-minded creative women who were often sidelined by their male counterparts. This year, the 11 women featured are Rosaire Appel, Jeri Coppola, Brigitte Engler, Laural Max, Donna Moylan, Fran O’Neill, Janet Passehl, Marcy Rosenblat, Fran Shalom, Jackie Shatz, and Rebecca Smith. Beginning on Tuesday, Charles Moffett’s Canal Street gallery will be transformed into a fully immersive art experience courtesy of artist Alec Egan. Taking on the aesthetic of a heavily patterned domestic interior, Egan is extending his practice from oil paintings to include custom wallpaper and flooring, bringing the rooms he paints to life. The next iteration of this virtual series, which provides a forum for established artists to discuss the genesis and evolution of their work, will include Ed Ruscha, who joins NGA senior curator of modern and contemporary art Harry Cooper to chat about his celebrated career. The museum promises that this informal conversation should be “full of surprises.” Amie Cunat debuts eight new paintings in her second solo exhibition with Dinner Gallery (formerly Victori + Mo). In her first exhibition with the gallery, Cunat recreated a Shaker meeting house. Here she makes a broad departure, instead offering up vividly colorful canvases filled with swirling biomorphic shapes that varyingly appear like licks of flames, tangles of vegetal growth, and decorative paisleys. Devoid of any narrative context, the paintings nevertheless communicate a lot. At times Cunat’s paintings can possess an almost mandala-like intensity and purpose. But tapping into the visual tenets of Pop Abstraction and Surrealist biomorphism, Cunat also hints with discomfiting humor that these seemingly uplifting images are, upon closer inspection, a whole lot thornier. 5. “Be Your Wonderful Self: The Portraits of Beauford Delaney” at Michael Rosenfeld Gallery, New York

Beauford Delaney is famed for his swirling abstract canvases, but the American artist also pursued a highly personal portraiture practice, particularly earlier in his career. This exhibition, the third of Delaney’s work at the gallery, presents 25 of his captivating portraits alongside 7 of his abstract works, seeking to find commonalities between them. An intense familiarity pervades these portraits. There are several portraits of James Baldwin, along with images of Delaney’s dear friend Ahmed Bioud and one of his mother. Others figures are unnamed, but the vividness with which he captures them makes these mysterious subjects fascinating. Two of the art and fashion world’s most badass women are coming together for a virtual talk on YouTube for the occasion of the opening of the exhibition “Christian Dior: Designer of Dreams” at the Brooklyn Museum. Maria Chiuri, Dior’s first female creative director, and feminist art icon Judy Chicago will discuss their collaboration, The Female Divine, an installation of twenty-one text-emblazoned velvet banners, which were displayed at Dior’s Spring-Summer 2020 show in Paris. To expand its current solo exhibition (through October 31) of the multidisciplinary artist Grada Kilomba, as well as debut its dedicated performance and event space (known as Géza), Brooklyn’s Amant foundation will host an in-person-only conversation between Kilomba and acclaimed artist Simone Leigh. The evening will also include a screening of Kilomba’s film Plantation Memories, completing her exhibition’s unfurling across the entirety of Amant’s campus. The artist’s inaugural gallery show is marked by a body of new work that focuses on plantations in Louisiana, continuing his examination of African American history and his efforts to make the Black past resonant in the contemporary moment. The show also marks the debut of Evergreen, a three-channel video reflecting the artist’s ongoing visual investigation of memory and place within the Black imagination. An added bonus: Bey himself will be at the gallery on Saturday, September 11 from 12-4pm. Alvaro Barrington’s first New York solo show in four years kicks off a planned four-part tribute to Marcus Garvey. The artist and the Jamaican political activist men were both born in the Caribbean before moving to the  U.S. (Alvaro now lives in New York and London.) Inspired by these parallel migratory paths, Alvaro’s paintings consider both Garvey’s legacy and his own career path, using birth and family as a starting point. If you can’t make it to Simon Fujiwara’s site-specific “Who the Baer” show at Fondazione Prada in Milan (through September 27), the artist helped conceive of an interactive digital tour with user-driven, stop-motion animation and exclusive interviews. From your smartphone, you can experience Fujiwara’s contemporary fairytale through the eyes of “Who”—a nondescript cartoon bear, searching for an identity in a world of images.