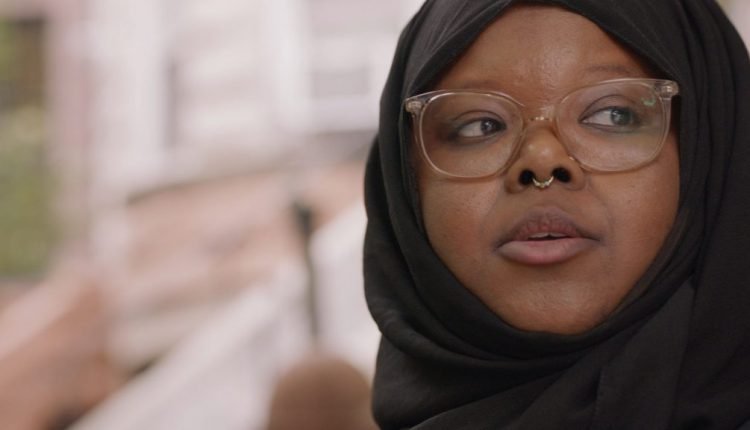 Artist and writer Kameelah Janan Rasheed‘s fascination with language was planted early in her childhood. In the early 1980s, when Rasheed was a young girl, her father converted to Islam and learned religious texts by re-typing them in full, then annotating, analyzing, and studying them. That action of learning through engaging with a text took root in Rasheed’s consciousness, and is now the backbone of her artistic practice.

A new site-specific exhibition at Pomona College’s Benton Museum will feature the artist’s interpretation of an amalgam of texts, including works by writers Jorge Luis Borges, Ashon Crawley, and Saidiya Hartman. In the show, titled “Worshipping at the Altar of Certainty: 1985,” Rasheed engages with the scholars’ conceptions of thinking, often in ways that challenge traditional modes of learning. For the artist, words themselves are a material that can be sculpted, twisted, darkened, and expanded, just as the language words form can be interpreted, skewed, and analyzed in any number of ways.

In an exclusive interview shot in 2021 as part of Art21’s New York Close Up series, Rasheed elaborates on her personal process. “Text has this illusion of comprehensiveness,” she says, speaking from her Brooklyn home. “Even if you’ve read something once, it doesn’t mean that you understand it.”

And so, the artist plays with the words, making them “very legible or making something very, very opaque.” When she completes a piece, Rasheed does not believe the work is finished—it needs a viewer, another reader or self-proclaimed “learner” like the artist. “It’s really an invitation” she says, “come think with me.”

The process of trying to understand language is not unlike trying to understand a person, she explains. Approaching a sentence that isn’t clear, or doesn’t make sense presents two options, either take it in and move on, “or you can spend a bit of time unpacking it.” That, she says, “is almost a proxy for thinking about how we can move through other ways of reading the world with a bit more care and slowness.”

Watch the video, which originally appeared as part of Art21’s series New York Close Up, below. “Kameelah Janan Rasheed: Worshipping at the Altar of Certainty: 1985” is on view through December 18, 2022 at the Benton Museum of Art at Pomona College.

The Curator of a New Mondrian Show Made a Startling Discovery: Its Star Painting Had Been Hung Upside-Down for 75 Years