Can Democrats Win 52 Senate Seats And Kill The Filibuster? 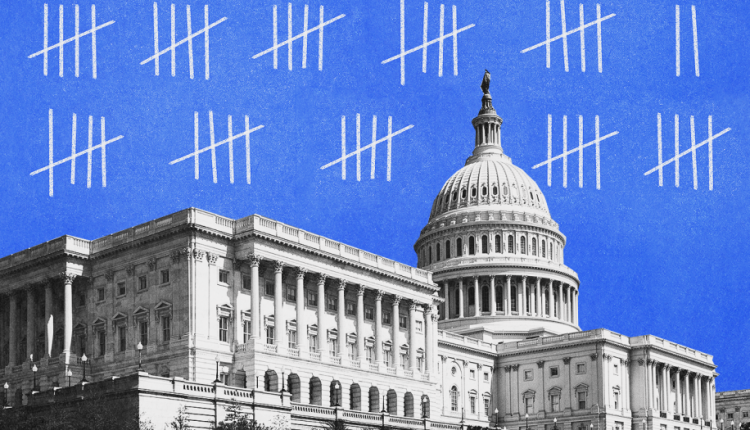 Democrats may currently control the Senate, but many within the party believe 52 Democratic senators are necessary for a true governing majority. That’s because moderate Democratic Sens. Joe Manchin and Kyrsten Sinema are reluctant to change the Senate rules and abolish or circumvent the filibuster, which requires a 60-vote supermajority to vote on most legislation.

However, suppose the party wins 52 seats this November and at least 50 senators vote to suspend the filibuster in the following Congress. The Senate could then pass stalled Democratic priorities like codifying abortion rights into federal law and expanding voting rights. As a result, that’s where Democrats are setting the bar this election cycle: Even President Biden has publicly asked voters to “give me two more Democratic senators.”

But, while Democrats have a 66-in-100 chance of holding onto control of the Senate (according to the Deluxe version of the FiveThirtyEight forecast),1 their odds of winning 52 seats are dicier. In the two most likely scenarios, the party would win either 50 or 51 seats (there’s a 32-in-100 chance of that happening).

But, of course, just electing “two more Democratic senators” wouldn’t be enough to enact the full Democratic agenda. Those two extra senators would have to actually support it. Luckily for the party, that would probably be the case. The most likely candidate to gain a Senate seat for the Democrats looks like Pennsylvania Lt. Gov. John Fetterman, who has a 71-in-100 chance of winning. And he has been outspoken about his desire to eliminate the filibuster so Democrats can “get shit done” — such as protecting voting rights and passing stricter gun-control measures.

But liberal Democrats have one more roadblock. Abolishing the filibuster to pass these bills in the Senate would be pointless if Democrats can’t also get those bills through the House. And that’s their real challenge. They have just a 29-in-100 chance of maintaining control of the lower chamber, a bit lower than their chances of winning at least 52 Senate seats.

And in our forecast, not every scenario in which Democrats hold the House is one in which they also win 52 or more Senate seats. Our Senate and House forecasts are powered by the same model, which means we can calculate the likelihood of Democrats’ ideal scenarios coming true in both chambers simultaneously. The result: There is a 22-in-100 chance that Democrats will win a majority of House seats and at least 52 Senate seats.

The president’s party almost always loses congressional seats in midterm elections. So it’s remarkable that they have a shot at ending 2022 in a better governing position than they are currently in. But it’s still not likely to happen; Republicans would have to underperform expectations significantly. The probability is roughly the same as flipping a coin twice and getting heads both times — it wouldn’t be shocking, but you shouldn’t count on it either.

Art Industry News: A TV Show Will Vote to Destroy Art by ‘Problematic’ Figures, Including Picasso and Hitler + Other Stories