As Russians ‘Pillage’ Ukraine’s Museums in Annexed Territories, Artifacts Are Turning Up in Moscow and on the Black Market 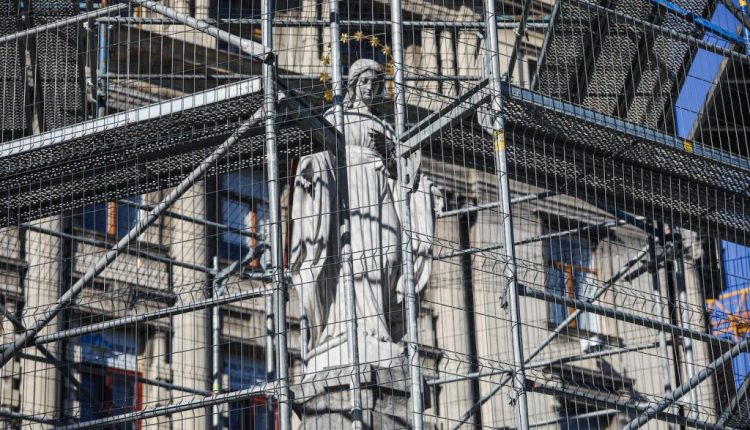 Museum employees in Ukraine have put up a fierce fight—sometimes risking their lives—to resist the looting and destruction of cultural property in the wake of the Russian invasion.

The situation has grown more dire in recent days as Russian president Vladimir Putin has announced plans to annex more parts of Ukraine. Kremlin representative Dmitry Peskov said that four regions of Ukraine—including Luhansk, Donetsk, Kherson, and Zaporizhzhia—would be folded into Russia. That includes museums in the respective regions, meaning that cultural property in those institutions would come under Russian control.

The areas are home to millions of Ukrainians and thousands of artworks and artifacts. Since the beginning of the war there have been reports of widespread looting by the Russian military of valuable artworks and historic gold collections in cities including Mariupol and Melitopol. In a number of cases, it was unclear whether missing objects and collections had been successfully hidden away for safekeeping or were destroyed or stolen.

As of September, UNESCO has verified damage to 196 sites since February 24 (up from 161 sites in mid July)—including 82 religious sites, 13 museums, 37 historic buildings, 36 buildings dedicated to cultural activities, 18 monuments, and 10 libraries.

In the early days of the invasion, Kyiv-based museum veteran Milena Chorna banded together with several colleagues to form the Ukraine Museum Crisis Center. “We decided to join our efforts to help all our colleagues who need more assistance than we did in Kyiv,” she told Artnet News at the time. It has grown from four staffers to 25, according to its website.

“No annexation can stop Ukrainians from struggling for their independence and fighting back in order to liberate the land of their ancestors,” Chorna told Artnet News following news of Putin’s latest move.

“Things have changed so rapidly,” said Peter Doroshenko, the newly appointed director of New York’s Ukrainian Museum, which has launched an assistance program called SAFE. “We’re just in the thick of things, getting them computers so that they can start transferring files on what they have in the collection, and their financial situation. We pay for their cloud services if they need that. That way, if the museum does take a missile, at least the information is safe.”

Museums in Crimea and annexed parts of the Luhansk and Donetsk regions have already experienced theft, including looting at the prestigious Gorlovka Museum. One dealer in Gorlovka who specializes in antiquities told Chorna that he stashed his inventory in another friend’s garage, but within two days, an unidentified squad showed up and took everything. Damage at the Hryhoriy Skovoroda Memorial House in the the Ukrainian village of Skovorodynivka. Image via culturalcrimes.

This past summer, Ukraine’s minister of culture, Oleksandr Tkachenko, was quoted in the Art Newspaper as saying, “What is needed is not the opposition of museum directors, as we have often seen in those regions where hostilities have already taken place, but cooperation with local authorities,” he said. “We don’t have the budget to evacuate anyone.”

Numerous sources have told Artnet News that objects lost during the Crimean annexation in 2014 have begun cropping up in Russia and on the black market.

“There are are a lot of wonderful people doing important things [in Ukraine] and they are getting the support as the front line morphs and changes,” said Doroshenko. “However, these geopolitical issues come up. The great things have been weeded out and wonderful artifacts have somehow appeared on the black market or in museums in Moscow.”

Luhansk has one of the largest collections, of more than 60 sacred Polovtsian statues known as stone babas, according to the Art Newspaper. Some date as far back as the 9th century, and they have drawn comparisons to Easter Island’s Moai statues.

In Kherson, the Museum of Local History has a collection of more than 170,000 items. This past summer, Alina Dotsenko, the director of the Kherson Regional Art Museum, reported that the Russian military and masked police came to install a “new director.”

Meanwhile, in Zaporizhzhia, the city of Melitopol remains under Russian control, along with its Museum of Local History. Director Leila Ibrahimova was briefly kidnapped several months ago. A valuable collection of gold artifacts at a museum in Melitopol, another Russian-occupied town in southern Ukraine, reportedly went missing in April in what has been described as a “heist.” A museum caretaker, speaking to the New York Times, described the thief as a mysterious Russian-speaking man in a white lab coat, who showed up with “a squad of Russian soldiers [who] stood behind him, with guns, watching eagerly.”

On the other hand, some sources believed that museum staff had successfully hidden away the collection for safekeeping. “There is no way to check information from Melitopol, which is a battlefield at the moment,” a source familiar with the situation told Artnet News at the time.

“It’s really sad because I know for a fact after speaking to numerous colleagues in Ukraine that museum professionals in Russia are part of the system in terms of culling or pillaging,” said Doroshenko. “That’s shocking and it’s unfortunately the status.”

Demand for Rediscovered Artists and Young Talent Remains Strong, If Not Frothy, at Christie’s $26 Million Postwar to Present Sale