Art Industry News: King Charles Becomes the First Monarch to Have His Art Sold at Auction—and for 10 Times Its Estimate + Other Stories 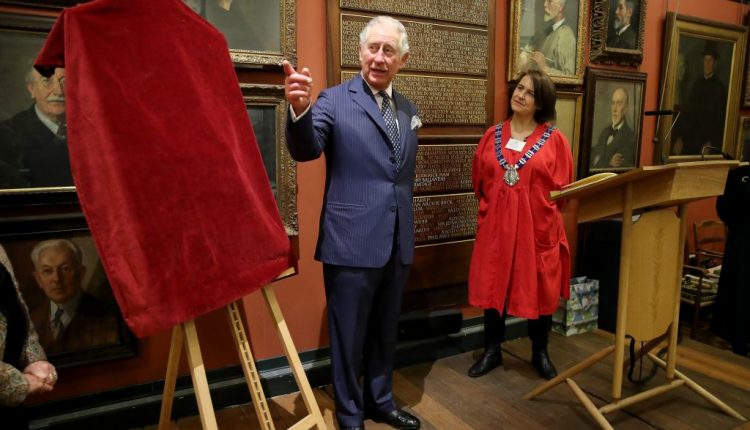 Art Industry News is a daily digest of the most consequential developments coming out of the art world and art market. Here’s what you need to know on this Tuesday, October 25.

Artists Blast Gilbert & George’s Private Museum – Chika Okeke-Agulu and Candice Breitz called out the acclaimed U.K. artists for their remarks about the political situation in museums today. Gilbert & George are planning to open a museum for themselves in early 2023 in large part, they have said, because museums favor “all Black art, all women art, all this art and that art,” resulting in their work being sidelined or “never shown.” (The Art Newspaper)

Rodney Graham Has Died – The beloved Canadian conceptual artist, a member of the “Vancouver School” of artists that includes Ken Lum and Stan Douglas, has died at 73 after a year-long battle with cancer. A musician, filmmaker, photographer, actor, and painter, Graham’s wide-ranging work was united by an interest in the performative. (Press release)

Bonhams Sells King Charles’s Print – A 2001 print (one of an edition of 100) made by the sometimes-artist King Charles that was estimated to sell for $675 ended up selling for almost 10 times its estimate, for a total of $6,500. The print shows Balmoral Castle, the Scottish estate where Queen Elizabeth often spent her summers and where she died on September 8. He is now the first monarch to have his art sold at auction. (People)

Spencer Tunick Returns to Sydney – Artist Spencer Tunick is looking for a “rainbow” of naked bodies” to take part in his next mass installation, set to debut in Australia in November. The artist hopes that 5,000 volunteers sign on (and expects only half that number to actually show up) to participate in the work, which will draw attention to the lives claimed each year by skin cancer. (Guardian)

Matthew Slotover to Turner Contemporary — The Frieze magazine and fair founder will become the chair of the gallery in Margate, replacing Clive Stevens, on January 1. (Press release)

Blue Ivy Goes on a Bidding Spree – The precocious daughter of music moguls Beyoncé and Jay-Z bid $80,000 on a pair of Lorraine Schwartz earrings that once belonged to her mother at the swanky Wearable Art Gala in L.A. Back in 2018, the 10-year-old lost out on a painting of Sidney Poitier, but went home with an artwork made from deconstructed textbooks for $10,000. (E!)


Monica Bonvicini Gets New Representation – The Venice-born and Berlin-based sculptor has joined the stable at the New York and Los Angeles gallery Tanya Bonakdar. Bonvicini’s work interrogates gender and power through architecture and other built environments. (Press release)

Jerry Saltz Talks With Art-World Power Players – The New York magazine critic is promoting his forthcoming book, Art Is Life: Icons and Iconoclasts, Visionaries and Vigilantes, and Flashes of Hope in the Night, with a pair of talks. In the wake of tonight’s “Take Home a Nude” gala at the New York Academy, Saltz will chat will honoree Tracey Emin at the school on Wednesday night. On Monday, he will speak about the role of artists in contemporary culture with wife and fellow art critic Roberta Smith of the New York Times, at 92Y. (New York Academy of Art, 92Y)

Stüssy Collaborates With Goldie – The British musician and graffiti artist gained a cult following in the 1990s, and is reprising his visual artwork for a new capsule collection. Items from the collection feature the brand’s name stylized with a playing card, classical Greek pillar, and a die. (Hypebeast, Instagram)

Home Prices Fell in August in Biggest Monthly Decrease Since 2011