Art Industry News: Hollywood’s Top Art Advisors Dish on What It’s Like to Shop for the Stars + Other Stories 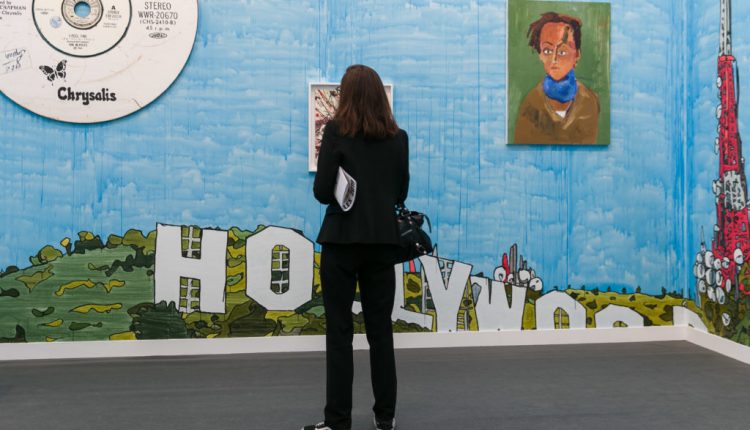 Art Industry News is a daily digest of the most consequential developments coming out of the art world and art market. Here’s what you need to know on this Wednesday, October 5.

David Hockney Is Taking Over – The veteran British artist is taking an unorthodox approach to his next exhibition, presenting versions of the same 20 iPad flower “paintings” from 2021 at all five of his galleries later this fall: LA Louver in Los Angeles, Galerie Lelong in Paris, Annely Juda Fine Art in London, Gray in Chicago, and Pace in New York. (Press release)

Should Museums Change the Way They Invest? – Tom Finkelpearl and Pablo Helguera, authors of an upcoming book on the challenges facing U.S. museums, argue that institutions must invest their billions in “positive good instead of amoral” industries. Endowments, they say, should be used to help build new public schools, hospitals, and libraries. (Hyperallergic)

Behind the Scenes With Hollywood’s Art Advisors – Advisors to the stars stars dish on what it’s like to rep Tom Cruise, the Kardashians, Gwyneth Paltrow, and more, from arranging after-hours gallery tours to explaining to a 25-year-old pop star why she can’t get access to the best material. (Daily Beast)

NFT Drop Canceled Due to Bad Art – Azurbala, a Bored Ape Yacht Club-inspired profile picture collection of NFTs, was called off when organizers revealed cat-like characters, which the community stamped as totally lame. It’s back to the drawing board; a new drop is planned for an unconfirmed date in the future. (Coindesk)

Calls for Export Ban on Lowry Work –  The mayor of Salford, U.K., has called for an export ban to be placed on L.S. Lowry’s 1953 painting Going to the Match so that his city can raise funds to keep it in the country. The painting is set to star at Christie’s auction in London to benefit the U.K.-based Players Foundation. (BBC)

Georg Baselitz vs. Nazi-Era Painting – The German artist claims that Adolf Ziegler’s painting The Four Elements is “Nazi propaganda” and should be removed from the Pinakothek der Moderne in Munich. The work appeared as part of the Nazi-organized show “The Great German Art Exhibition” in 1937 as a counter to a show of so-called “degenerate art.” (ARTnews)

Bill to Inventory New York’s Museums – Assemblywoman Didi Barrett is sponsoring a bill that would require New York State to “study and take inventory of its public and private museums for the first time.” The survey would record visitor statistics, museum size, and funding sources. (Spectrum Local News)

New Details on Art SG – Ahead of its January 2023 launch, the new Singapore fair shared the sectors for its 150 galleries, including “Reframe,” an entire section dedicated to digital technology and—you guessed it—NFTs. (Press release)

Kusama’s Pumpkin Returns to Naoshima – The yellow gourd covered in Kusama’s signature dots has returned to the Japanese island of Naoshima after being violently upended in 2021 by a typhoon. (Time Out)