Art Industry News: Florida’s Hordes of Mega-Collectors Are Hurrying Their Art to Safety of State Ahead of Hurricane Ian + Other Stories 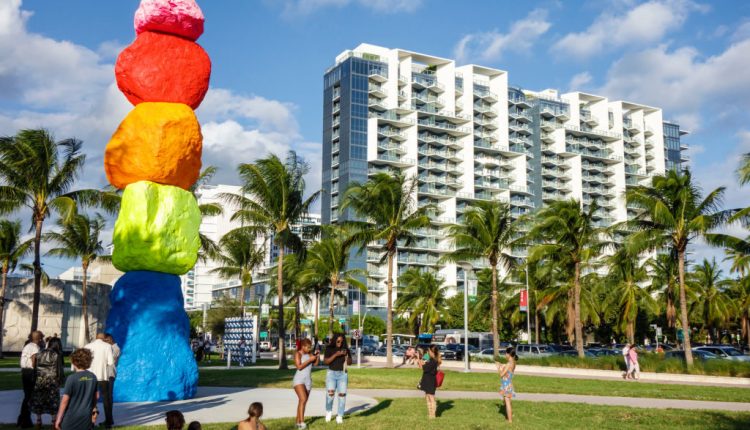 Art Industry News is a daily digest of the most consequential developments coming out of the art world and art market. Here’s what you need to know on this Thursday, September 29.

Tbilisi Art Fair Tries to Distance Itself From Politics – The art fair in Georgia avoided boycotting Russian artists and galleries this year, unlike much of the art world, but no Russian galleries applied to show. Still, politics is an inevitable topic as the country shares a 556-mile border with Russia. (The Art Newspaper)

Legal Update on Colston Statue – Judges at the Court of Appeals ruled the toppling of the slave trader statue in Bristol was a “violent” act and not protected by the European Convention on Human Rights. The ruling won’t affect the four demonstrators involved, who were all acquitted of criminal damage, but is expected to set off another round of legal debates. (Evening Standard)

Florida’s Wealthy Are Evacuating Their Art – The state’s ultra-rich collectors are rushing to move their prized art collections safely to storage before Hurricane Ian makes landfall to avoid lasting damage. One opted to move objects into her bathrooms, as far away from windows as possible. (Daily Beast)

David Zwirner Backs Literary Mag – The mega-gallery is now the lead funder of Drift, a hip literary magazine founded by Kiara Barrow and Rebecca Panovka in 2020 that publishes three editions a year. Zwirner will host the publication’s gala beginning next year. (ARTnews)

Time Names Who’s Next – The magazine’s TIME 100 Next list, which identifies rising talent across industries, has a few art-world folks in the mix: artists Oscar Murillo, Jordan Casteel, and Tyler Mitchell, as well as architect Frida Escobedo, who is designing the Met’s new modern and contemporary wing. (Time)

Museum Honcho Heads to Gallery – Sylvie Patry, the Musée d’Orsay’s deputy director for collections and curatorial affairs, will be joining Kamel Mennour gallery in Paris as its artistic director in December, with a brief to organize museum-grade shows at the gallery. (ARTnews)

Documenta Attendance Stays Strong – A total of 738,000 visitors attended Documenta 15 this year, a modest 17 percent drop from the last pre-pandemic edition. About one-third of visitors came from abroad. (Hyperallergic)

Whitechapel Show Explores Sign Language and Kung Fu – “Moving Bodies, Moving Images” brings together a series of artist-made short films focusing on the movement and performance of bodies as explored through dance, choreography, and moving image. The show opens on October 12 and runs through January 8, 2023. (Guardian)

The Rarely Seen Art Collection of a Former T.V. Lawyer Could Sell for $100 Million at Sotheby’s

Wet Paint in the Wild: Curator Roya Sachs Goes Backstage to Produce Some Art Wizardry at a Psychedelic Music Festival