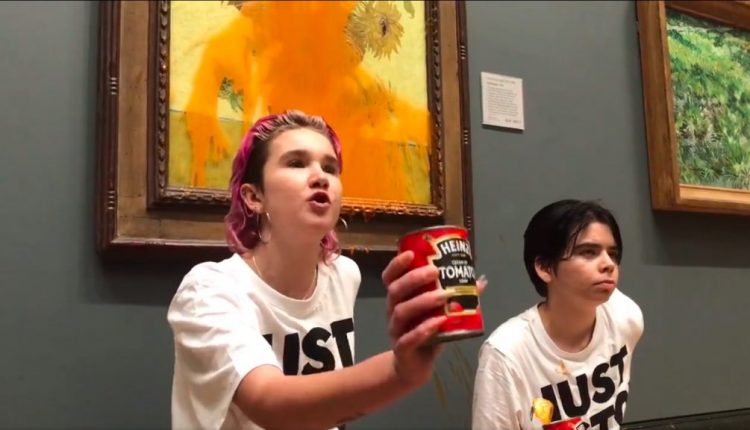 Art Industry News is a daily digest of the most consequential developments coming out of the art world and art market. Here’s what you need to know on this Wednesday, November 2.

Jerry Saltz Plays It Safe – The New York magazine art critic’s new book, “Art Is Life: Icons & Iconoclasts, Visionaries & Vigilantes, & Flashes of Hope in the Night,” feels uncharacteristically safe, according to reviewer Zoë Lescaze. The collection of essays leaves out some of the writer’s more controversial takes. Maybe that’s why, Lescaze notes, “those who wince at Saltz’s extemporaneous comments and online presence might be the ideal audience for this book.” (New York Times)

Just Stop Oil Temporarily Halt Their Campaigns – The group has paused their ecological protests, which included attention-grabbing actions targeting masterpieces at museums. Members said they want to give the U.K. government time to consider their demand to halt new oil and gas projects, but vowed to escalate their disruption by November 4 if they do not receive a response. (Evening Standard)

The Race to Document Namibia’s Art – Namibia is home to one of Africa’s largest collections of rock art engravings and tens of thousands of paintings as much as 30,000 years old. But archaeologists fear that climate change-fueled floods, dust, and animal migration patterns may destroy the cultural heritage before it can be properly documented. (Reuters)

Turner Paintings Return to Britain After a Century Away – The Frick Collection in New York is loaning two paintings by JMW Turner that rarely travel to London’s National Gallery for a special exhibition this winter titled “Turner on Tour.” (Evening Standard)

E.T. Model Could Fetch $3 Million at Auction – The original extra terrestrial model that starred in Steven Spielberg’s classic film E.T. (1982) could fetch up to $3 million at a sale organized by Julien’s Auctions and Turner Classic Movies in December. (Evening Standard)

Shirin Neshat Banner Unfurled at Berlin Museum – In a show of solidarity with the pro-democracy and women’s rights demonstrations unfolding in Iran, the Neue Nationalgalerie has unfurled a banner by the Iranian artist depicting a 1993 self-portrait from her “Women of Allah” series and the protest slogan “Woman, Life, Freedom” in Farsi and English. (The Art Newspaper)

The Republican Path To A House Majority Goes Through The Suburbs

Taipei’s National Palace Museum Admits to Accidentally Breaking $77 Million Worth of Chinese Artifacts, But Denies a Cover Up