Art Industry News: Art Basel Staffs Up to Build a Year-Round ‘Marketplace’ Outside of Fairs + Other Stories 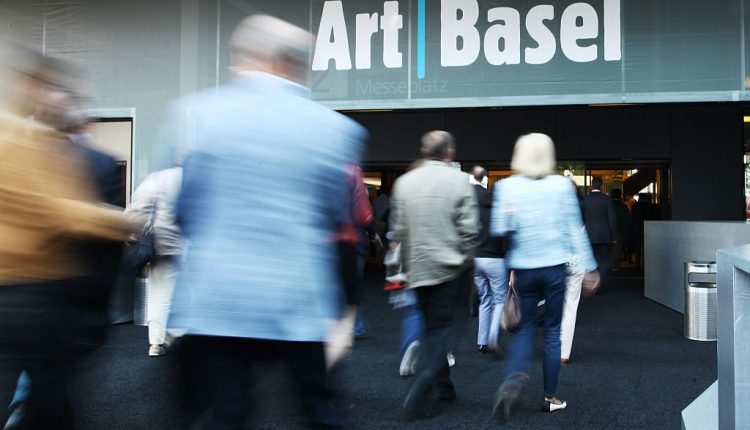 Art Industry News is a daily digest of the most consequential developments coming out of the art world and art market. Here’s what you need to know on this Thursday, September 15.

L.S. Lowry Painting Could Break Record in Football Charity Sale – U.K. charity The Players Foundation is selling L.S. Lowry’s Going to the Match (1953), which carries a £5 million to £8 million estimate, at Christie’s London next month. The painting—which the foundation’s former parent company, the Professional Footballers Association, bought for a then-record £1.9 million in 1999—will set a record for the British Modernist yet again if it sells for more than £5.6 million. (The Art Newspaper)

Dia Staffers Vote to Unionize – More than 90 percent of workers at the Dia Art Foundation across its locations in Manhattan, Beacon, and the Hamptons, as well as site-specific locations in Utah, New Mexico, and Germany, voted in favor of unionization. They will join the United Auto Workers (UAW), which also represents workers at the Museum of Modern Art, the New Museum, and the Whitney. (ARTnews)

Is Art Basel Launching a Marketplace? – The Canvas newsletter spotted a bevy of job advertisements that suggest Art Basel may be planning to launch a year-round art marketplace. Postings for a digital gallery relations associate, digital consumer service manager, and other roles indicate that the fair’s parent company MCH is making good on its pledge to expand beyond IRL art fairs. A spokesperson for Art Basel declined to provide additional information about the plans. (TAN, Canvas)

Glenn Brown Is Opening a Museum in London – The artist plans to open a museum to show his own work during Frieze Week in October. The London-based painter and sculptor will show paintings, sculptures, and drawings spanning his career and will eventually show them alongside works by historic artists in his private collection. (TAN)

UCLA Museum Names Director – Silvia Forni will take the helm of the Fowler Museum at UCLA, replacing Marla Berns, who retired after 20 years at the institution. Prior to joining the Fowler, Forni was the senior curator of global Africa at the Royal Ontario Museum and was deputy vice president of the museum’s department of art and culture. (L.A. Times)

Untitled Names Exhibitors for Miami Beach Edition – More than 140 galleries and nonprofit organizations will participate in this year’s edition of Untitled Miami Beach, slated to take place November 29 to December 3. For the second year, Untitled will host a program called Nest, which helps subsidize booths for emerging galleries; the fair will also debut a new program dedicated to the work of deceased artists. (ARTnews)

Artnet Auctions’ Postwar Sale Delivers More Than $1 Million – Presented in partnership with postwar connoisseur Dakota Sica, the sale “GEMS: Collecting Post-War Abstraction” delivered more than $1 million. Highlights included a bold and colorful painting by Paul Reed that realized $35,000, a new record for the artist; a large-scale canvas by Friedel Dzubas, which achieved $175,000; and a signature work on paper by Frank Stella, which fetched $137,500. (Press release)

PPOW Collects Donations for Asylum Seekers – Texas Governor Gregg Abbott has sent more than 7,400 migrants from his state to D.C. since April, and more than 1,500 to New York City since August. The New York gallery is working with artist Guadalupe Maravilla to support the new arrivals with donations of specific goods. You can drop off clothing, hairbrushes, toothpaste, and more at PPOW, located at 390 Broadway in New York. (Press release)