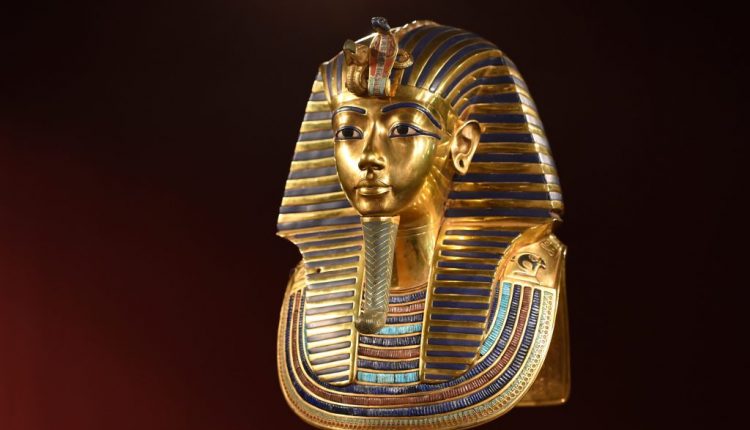 Art Industry News is a daily digest of the most consequential developments coming out of the art world and art market. Here’s what you need to know on this Monday, October 31.

Why the Art World Is Silent on Kanye – Some of the world’s biggest brands (as well as Christie’s) have cut ties with Kanye West, but artists who have worked with the rapper largely remain silent. (One of the few to give a statement, George Condo, said he stood against hate speech but did not name West.) One reason for this, Alex Greenberger argues, is that West is seen as a genius who “is hard to disentangle” from contemporary art history. (ARTnews)

Looting in Ukraine Could Hit a New High – Valuable artifacts have been removed by the Russian soldiers from museums in the annexed Ukrainian territories since Russian president Vladimir Putin’s declaration of martial law on October 19, which made looting of Ukraine’s cultural heritage “legal” under Russian law. (The Art Newspaper)

A Debate Over King Tut’s Tomb – Debate over the famous tomb of the Egyptian king rages on. In a new publication, former British Museum and the Metropolitan Museum of Art curator Nicholas Reeves doubles down on his argument that King Tutankhamun was buried in a hasty manner when he died in 1,323 B.C. at the age 19, resulting in a mysterious tomb layout complete with hidden rooms. (The New York Times)

German Curator Embroiled in BDS Controversy – Bonaventure Soh Bejeng Ndikung, who is set to begin his tenure at Berlin’s Haus der Kulturen der Welt museum in January, told the German press that he did and does not support the pro-Palestine Boycott, Divestment, Sanctions movement following accusations from local politicians. (ARTnews)

Columbus Museum Workers Form Union – Employees at the Columbus Museum of Art in Ohio voted on October 27 to form a union, less than two months after they first announced their intention to organize. (Artforum)

See What’s in the 10th Art for Tibet Auction – Among the lots on offer for the annual fundraiser is Ai Weiwei’s Hanger (2012), the prototype for a series of sculptural works relating to the famed Chinese artist’s personal captivity. Other works come from longtime supporters of the cause Shepard Fairey, Al Diaz, and Iranian artist duo Icy & Sot. The online component of the auction is up now. If you’re in New York, the official 10th anniversary Art For Tibet fundraiser will be held on November 3 at Now Here Gallery. (Instagram)