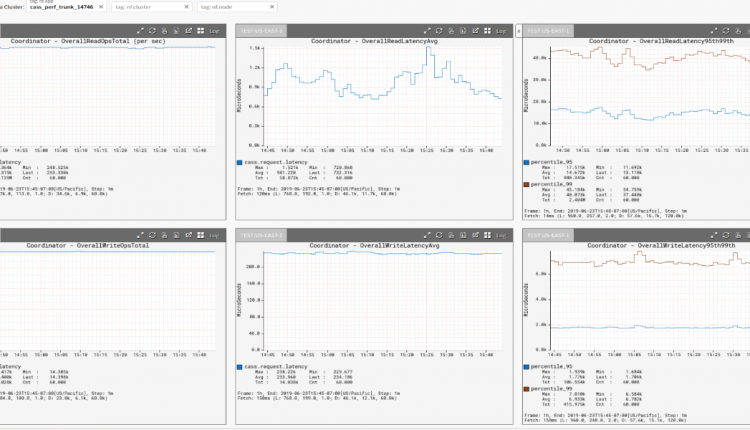 Maintainers of the open source Apache Cassandra Project today announced an update that can stream data up to 5 times faster during scaling operations while providing up to 25% faster throughput on reads and writes. Version 4.0 of the Apache Cassandra database has also been optimized for deployment in the cloud, as well as on Kubernetes clusters, said Ekaterina Dimitrova, a software engineer at DataStax, which provides a curated instance of Cassandra to enterprise IT organizations.

Other added capabilities include the ability to keep data replicas synchronized to optimize incremental repairs, audit logs for tracking user access and activity with minimal impact to workload performance, simpler configuration settings, enhanced compression, and improved latency achieved via reduced pause time for a garbage collector that cleans up memory.

Finally, the Apache Cassandra Project maintainers announced today they are now shifting to a yearly release cycle, with each major release to be supported for three years.

The latest version of the Apache Cassandra databases has been in development for more than three years. The goal is to simplify the migration process by providing a highly stable upgrade instead of a platform that might otherwise be viewed as a work in progress, said Dimitrova. “There have been more than 1,000 bug fixes,” she said.

Apache Cassandra as a NoSQL database has gained traction as an alternative to relational databases that were not designed to process massive amounts of unstructured data. Originally developed by Facebook, Cassandra is based on a wide-column store that makes it possible to efficiently process massive amounts of unstructured data spanning thousands of writes per second with no single point of failure. Facebook donated the database to the Apache Software Foundation in 2009.

The challenge advocates of Cassandra continue to face is that deploying and managing a Cassandra database requires a significant amount of expertise. In many cases, applications only find their way off an open source document database once they run out of headroom. Developers don’t always know to what degree their applications might one day need to scale. Many of them can configure a document database without any intervention of a database administrator (DBA) required.

However, a database that can scale up to process petabytes of unstructured data may eventually be required. The good news is that after an organization encounters that issue the first time, it’s more likely to bring some level of Cassandra expertise to bear on the next application that needs to be refactored to run on a database designed to scale.