Another French Museum Loses a Senior Leader to the Private Sector—But Could That Actually Be Good for the Cultural Ecosystem? 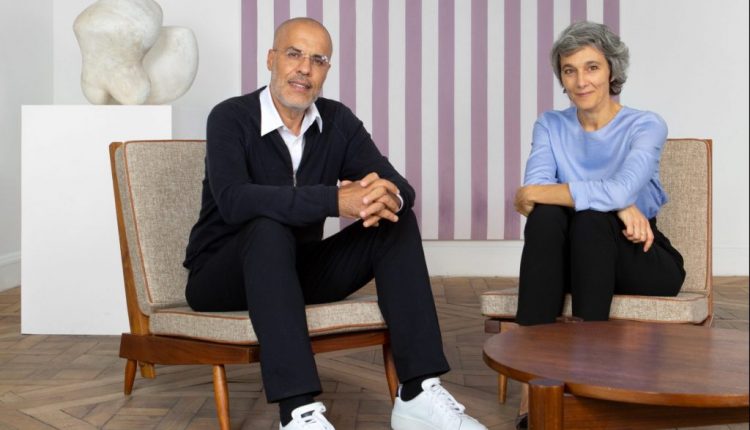 When it was announced earlier this week that the Musée d’Orsay’s second in command, Sylvie Patry, was leaving her position as deputy director of collections and curatorial affairs, to join Paris gallery Kamel Mennour as artistic director, jaws dropped in France.

The news was a “thunderclap,” an “explosive announcement,” and “total surprise,” wrote the French daily Le Figaro, reporting that someone of Patry’s storied institutional background and vaunted expertise in Impressionism and Post-Impressionism, would opt to work in the private sector—and for a profit-making, contemporary art dealer, to boot.

Poking at the Mennour gallery’s media announcement, which showed a photo of Patry and Mennour smiling in front of an artwork by Daniel Buren, the left-leaning daily Liberation asked: “Is it really reasonable to rejoice thus at outwitting public institutions?”

To many in the French media, Patry’s move to Mennour’s 23-year-old gallery—with four spaces in Paris—is yet another blow to public cultural institutions, already struggling to compete with an encroaching private sector.

The latest to join the Paris scene is the Bourse de Commerce, the public art space for Francois Pinault’s collection of contemporary art, which opened in May 2021. Its CEO, Emma Lavigne, also left a career in public museums, to lead the private collection’s three museums and various projects. Ditto for Suzanne Pagé, who left Paris’ Museum of Modern Art to become artistic director of the private Louis Vuitton Foundation for Creation in 2006. She was followed there by a group of former museum employees. With Patry’s departure, “it seems we’ve once again crossed a threshold,” commented Liberation, deriding private art foundations that drain “personnel as much as subsidies, which once proliferated for public institutions.”

The public versus private debate in state-heavy France is an old one, particularly as government-sponsored museums lose out on artworks they can no longer afford, picked up by their well-heeled, private counterparts. Yet the success of private museums, and the growing attraction of the art scene and market in Paris, have appeared to convince, at least some, that private-funded art initiatives deserved a shot after all.

Le Monde and the other media mentioned above recognized that the French art scene has changed, however unimaginable that might once have been. “In the United States, or in other European countries, the [news of Patry’s move] will intrigue less than in France, where, until recently, such shifts from public to private seemed all but unthinkable,” Le Monde suggested.

Patry herself would not have thought of it, if Mennour hadn’t proposed the idea to her, she told Artnet News. “In the beginning, when he suggested this possibility, I was happily surprised, but it’s true it’s not exactly what I would have imagined,” she said. “Still, I seized the opportunity, and accepted his proposal.”

Why did she leave her position at “one of the most beautiful jobs that exists,” as she called it herself? There are several reasons, including Mennour’s track record, “which is a true example of energy, engagement, and a demanding ethos,” she said.

Working more directly with living artists is another. Mennour represents some 40 artists and estates, including Alicja Kwade, Ugo Rondinone, Lee Ufan, Zenib Sedira, and Latifa Echakhch. “I’m at a moment in my professional life where I also wanted to change, even though I love what I do,” she said.

“My deep motivation, whether at the Orsay, my previous positions, or soon at Kamel’s, is the idea that in my modest way, I can work with everyone towards Paris becoming, or continuing to hold, a position as a leading capital in the cultural and artistic world,” she added. “We’re witnessing a real dynamic movement in Paris right now.”

Patry noted that art dealers have historically been key supporters of local art capitals, by connecting artists to international audiences. Rather than work against public institutions, “I believe with fervor in the museum as a public service, a tool and forum of accessibility for all,” she said. Patry applied to become president of the Musée d’Orsay last summer, but lost to current president Christophe Leribault, who replaced Laurence des Cars, when she became the current director of the Louvre. Patry’s candidature, “signaled that I wanted to do other things, so if I wasn’t going to preside over Orsay, I would do other things. I wanted to evolve,” she said.

Mennour and Patry have known each other for more than a decade, introduced when Patry worked on an exhibit about trailblazing French art dealer Paul Durand-Ruel. They worked together again when Patry was a curator and director of collections at the Barnes Foundation in Philadelphia for a few years, and presented a show of works by Mohamed Bourouissa, who is represented by Mennour. Patry said Bourouissa was one of the first people she notified of her move to the gallery.

Patry has in fact worked with contemporary artists throughout her career, including at the Orsay, where living artists are invited to exhibit as part of a special program. She “has always been extremely sensitive [to contemporary artmaking],” Mennour told Artnet News, “so it was natural to follow through with a concept that is very important to me: That there are no chapels [or hierarchies], and that instead, there is just Art with a capital ‘A.’”

Patry, the dealer added, “is one of the world’s great specialists of 19th-century art, but she has a very sharp eye for contemporary art, and modernity.”

meMennour said that for more than 15 years, his aim has been to build a gallery where sales were not the driver. “We need to sell to pay the artists and collaborators, but we’re not a commercial gallery,” said Mennour, sighting gallery shows and projects where the majority of works are not for sale, as well as curated exhibitions of differing generations and movements of artists.

In February, Mennour also hired the former director of the Giacometti Foundation in Paris, Christian Alendete, as the gallery’s scientific director. And during the height of the global pandemic, Mennour decided to expand the gallery’s museum-like role as a free exhibition space for the public to see artworks. “Less than 1% of our visitors buy something,” he said.

France needs institutions of all kinds to build a robust art scene, Mennour maintained. “It’s very important that our public museums are strong—I was raised on public institutions, and love them,” he said. “I wouldn’t have the presumption to say that art galleries are a substitute.”

Instead, he advocated for a close “back-and-forth with a lot of tolerance and intelligence,” he explained. “It’s about allowing for dialogue, and the possibility to make the best possible exhibits. That’s what’s really meaningful to me.”