Already Pin-Worthy, the Louvre Ups Its Social Media Appeal in a New Video Series With Pinterest 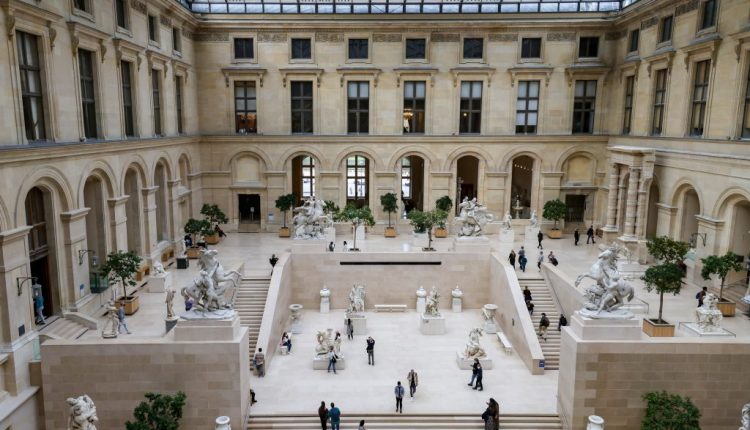 The Louvre doesn’t want you to photograph the Mona Lisa or pose for selfies in front of its glass pyramid. That’s one takeaway from the museum’s “A Look at the Louvre,” a video series it’s created alongside Pinterest, as part of a recently announced collaboration.

With around 10 million followers across Instagram, Twitter, Facebook, and Pinterest, the world’s most popular museum doesn’t lack for online attention. What it wants is for visitors to venture beyond the beaten path and discover something new—something they will presumably post about, or pin, instead.

“Our original series offers a new experience of the Louvre,” Johan Gipch, Pinterest’s Head of Content for Southern Europe, told Artnet News. “Art is one of the most popular categories on Pinterest and so the series offers the museum as a source of inspiration and a place to explore.”

Each of five the snappy 90-second videos highlight an unusual aspect of vast Parisian institution. There’s one to teach photographers how to use the museum’s many windows, another devoted to romantic nooks that wonders how many trysts the Court Marly’s marble sculptures have witnessed, and a sweeping tour of the Salle des Etats’ paintings that dares visitors to “miss the unmissable” and give the Mona Lisa the cold shoulder.

Both French and English language versions have been created and the videos will be posted on Pinterest’s Daily Inspiration page in France, Italy, Spain, the United Kingdom, Japan, and the United States.

The Louvre was a relatively early Pinterest adopter, joining the platform known for its vibrant pin boards in 2012. It has more than 40,000 followers and uses the account to share stills of its remarkable collection, the occasional gardening tip, and art from home projects. The account draws an average of 230,000 views each month, with its drawings and sculpture posts receiving the most attention, according to the museum’s communication department.

The campaign arrives at a challenging moment for Pinterest. After going public in April 2019, the platform saw its user base and value boom during the lockdown months of the pandemic, only to see the growth ebb away in 2021 (it lost nearly 50 million active users). Part of its bid to regain ground and users involves forming new cultural partnerships in a bid to raise the quality of its content. Earlier this year, for example, Pinterest worked with French painter Alain Godon on a series of short videos as part of its Creator Originals program.

“These art collaborations are attractive to our audience for this category,” Gipch said. “The collaboration with the Louvre opens the door to future projects and discussions are already underway in France, but also around the world.”