An Art Teacher Stashed Some Drawings by Famed Artist L.S. Lowry in a Cupboard Years Ago. Now They Could Fetch $60,000 at Auction 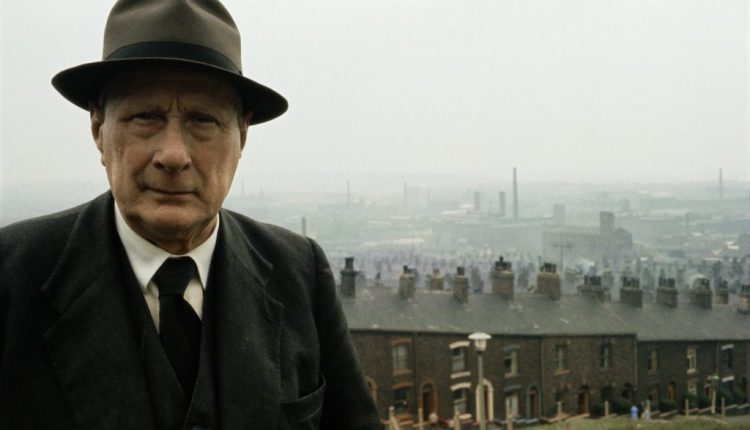 Three previously unknown sketches by L.S. Lowry were recently discovered after being stashed away in a cupboard for 20 years. The works had been the property of former Liverpool School of Art teacher Mary Morgan Lloyd, who was a friend of the artist.

One shows a tramp, another a quaint visit to a country cottage, and the third immortalizes the English landscape.

Completed between 1959 and 1961, the drawings hail from Lowry’s “matchstick men” era of industrial scenes. Now authenticated, they will be sold on October 23 at Unique Auctions, and are expected to fetch more than $20,000 each.

“They have never been seen before,” the auction house’s head of marketing Darryl Kirk told the Telegraph, adding: “It is unusual to get three original undiscovered Lowry drawings come to auction at the same time.”

It’s believed that Lowry personally gave these drawings to Lloyd, but they arrived at Unique Auctions recently through an anonymous local enthusiast, who bought a collection of paintings, prints, and ephemera from Lloyd’s estate 20 years ago—and stored them in a cupboard ever since.

“She didn’t realize what she had,” Kirk told Telegraph. “She wanted to re-use the frame a print was in.” Hidden behind it were two of Lowry’s drawings, signed and dated. Further exploration unearthed a third.

“The vendor thought there was no point keeping them,” Kirk continued, “after all, she had them for 20 years without realizing.” The drawings will hit market for the first time later this month in Unique’s “Exciting Antiques & Collectors” sale, alongside miscellaneous coins, trains, and heavy machinery.

Lowry is an auction house regular in the U.K., appearing earlier this year in Queen Elizabeth II’s Platinum Jubilee exhibition at Sotheby’s, and commanding millions at sale.

As with any surprise discoveries, however, questions may remain about these works authenticity. The sketches do not resemble Lowry’s painting style at the time they were made, according to the Times, and Artnet News has not asked an expert to examine the works.

Meanwhile, Salford mayor Paul Dennett is making arrangements to keep a Lowry painting titled Going to the Match (1953) since the city’s Professional Footballers’ Association said in September they can’t afford to keep it.

According to the BBC, the association scooped up Lowry’s painting—which shows crowds gathering at Burnden Park, the former grounds of the Bolton Wanderers football club—at auction in 1999 for more than $2.2 million. It was then loaned to the city for public viewing for two decades.

Now valued at more than $9 million, Going to the Match is slated to be sold at Christie’s London on October 19. Dennett has called on the government to issue a temporary export ban while he petitions local leaders to help buy the painting on the city’s behalf.

Artnet News is awaiting comment on the status of his efforts.