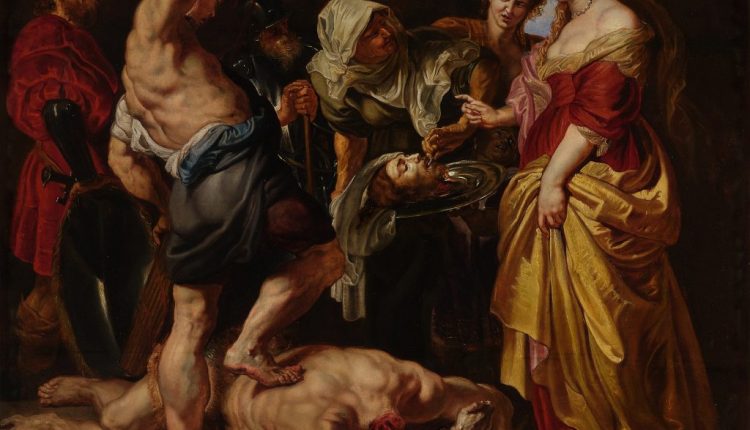 As a Met board member, Mark Fisch was behind some of the museum’s biggest acquisitions. As a private citizen, the retired real estate developer is now behind one of the highest-value Old Master works ever to come to auction.

When Sotheby’s opens its Masters Week on January 26, 2023, all eyes will be on Peter Paul Rubens’s Salome Presented with the Severed Head of Saint John the Baptist, a macabre early work rediscovered in 1998. Experts estimate it could sell for up to $35 million, more than five times the price paid for it at a New York Sotheby’s auction in 1998, then a record for a Rubens work at auction.

The 1609 work is one of 10 paintings from the Fisch Davidson Collection, arriving at Sotheby’s courtesy of a protracted divorce between Fisch and Rachel Davidson, a former New Jersey judge. Featuring 17th- and 18th-century masterpieces by Orazio Gentileschi, Valentin de Boulogne, and Bernardo Cavallino, the auction house is labelling the collection “one of the most important collections of Baroque art ever to appear on the market.”

Away from the auction block, the separation is notable for its potential to have a long-term impact on divorce proceedings in New York State. Lawyers of affluent clients seeking a divorce have long raced to be the first to file, often in smaller counties where they feel judges will be more conservative and partial to wealthy men, a practice known as “forum shopping.” Fisch’s attempt to file in Suffolk County, where the couple’s $4 million Southampton vacation house is located, however, was rejected by an appellate court, thereby forcing him to fight the divorce case in Manhattan.

Ahead of the January auction, paintings from the collection, which is valued between $40 million and $60 million, have been on display at Sotheby’s New York, and will later go on view in its locations in Los Angeles, Hong Kong, and London. Aside from the Rubens, highlights include Penitent Saint Mary Magdalene, a late Renaissance work by Orazio Gentileschi ($4 million to $6 million), and a recently discovered portrait by the leading artist of the French Caravaggio movement, Georges de la Tour, Saint James the Greater ($3.5 million to $5 million). Also of interest is Valentin de Boulogne’s Christ Crowned with Thorns ($4 million to $6 million), depicting a placid-faced Jesus being tormented, the early Baroque work sold for $5.2 million at Sotheby’s in 2016.

The Fisch Davidson Collection auction follows in the wake of other prominent divorce-motivated sales, such as the Macklowe Collection which netted $922 million, the most valuable collection ever sold at auction, also Sotheby’s. The January sale may lack the force of works by Warhol, Rothko, and Richter all going to market at the same time, but the circumstances surrounding the 2023 event are no less bitter.