A Panel Convened to Address Antisemitism at Documenta Called for Action on Yet Another ‘Problematic’ Artwork. The Show’s Artists Claim It’s Censorship 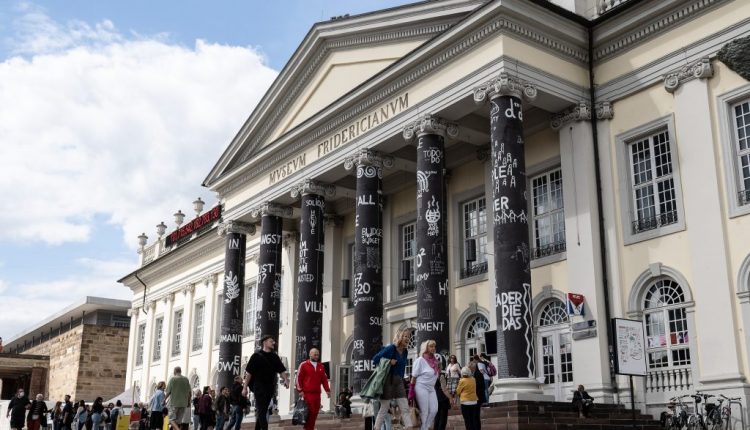 After months of heated allegations of antisemitism leveled at Documenta and the curatorial team behind its 2022 show, the exhibition’s shareholders and supervisory board convened a “scientific advisory panel” last month to look into the issues and make recommendations. Now the committee has released its initial findings—and they’ve stirred up fresh controversy.

In a press release last weekend, the panel recommended “immediate action” be taken to address Tokyo Reels Film Festival, a video work made by the collective Subversive Film that comprises clips of pro-Palestinian propaganda from the 1960s to 1980s.

Calling it “highly problematic,” the panel said the film is “filled with antisemitic and anti-Zionist set pieces” that are presented as objective fact. The artists’ “uncritical discussion” glorifies the “terrorism of the source material,” the committee argued.

In response to the panel’s assessment, ruangrupa, the Indonesia collective that curated this year’s exhibition and 65 signatories issued a fiery open letter addressed to Documenta’s board and shareholders, which include the city of Kassel and the German state of Hesse.

“We are angry, we are sad, we are tired, we are united,” begins the letter, which came out today. “This report represents a new line crossed, and we categorically refuse it: This line marks a racist drift in a pernicious structure of censorship.”

“Because we stand by our rejection of censorship,” the authors continue, “we vigorously opposed the creation of this scientific advisory panel. We do not accept the allegations of their preliminary report, which unashamedly reproduce poorly researched claims from the media; likewise, the report lacks scientific proof, academic references, rigorous argumentation, and integrity.”

We are angry, we are sad, we are tired, we are united: Letter from lumbung community

Formed in 2011 and based in Ramallah and Brussels, Subversive Film is known for collecting and re-presenting historic material related to Palestine.

The group’s Tokyo Reels Film Festival is described by Documenta as a “cinematic program [curated] around the screening of a recently restored film” that sheds light on the “overlooked and still undocumented anti-imperialist solidarity between Japan and Palestine.” In the film, Israel is referred to as “fascist” and accused of “genocide.” The program features footage thought to be lost until recently, which had been amassed by Masao Adachi, an experimental director and former member of the Japanese Red Army who resided for many years in Lebanon.

The Japanese Red Army was a militant communist organization active from 1971 to 2001. Three members of the group were also responsible for the Lod Airport massacre outside of Tel Aviv, a terrorist attack in 1972 that killed 26 people.

Representatives from Documenta did not immediately respond to a request for comment on ruangrupa’s letter.

Documenta 15 has been besieged by controversy since well before it opened in June.

In January, a group called the Alliance Against Anti-Semitism Kassel issued a press release accusing Documenta’s curators and several participating artists of antisemitism, citing their alleged connections to the Palestinian-led Boycott, Divestment, and Sanctions movement. Though their allegations have been widely discredited, it was picked up by numerous media outlets. The curators planned a three-week lecture series on the topic, then abruptly canceled the event days before the first discussion was set to take place.

In May, several weeks before the show’s opening, vandals attacked a Documenta exhibition venue with hate speech.

Then, after the exhibition opened, two artworks on display, a mural by the Indonesian collective Taring Padi and a set of illustrations by Syrian artist Burhan Karkoutly, stoked outrage for allegedly depicting antisemitic imagery. Both were eventually removed from view. In July, Sabine Schormann, Documenta’s director general, resigned from her post.

“For months we have continuously faced smearing attacks, humiliations, vandalism, and threats in major media outlets, as well as in the streets and in our spaces,” ruangrupa wrote in today’s letter. “What is even scarier is the normalized dismissal of these actions.”

The NFL Is Back, And So Are The Wild Comebacks (And Kicking Woes)

‘It’s All Art’: Legendary Gallerist Linda Goode Bryant on Why She Doesn’t Like the Term Social Practice, and How Feeding People Is a Creative Act