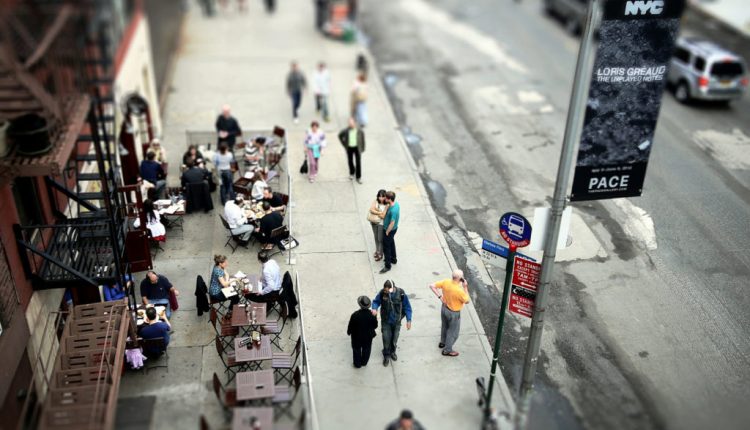 A new wave of lawsuits accusing art galleries of operating websites that are allegedly not compliant with the Americans With Disabilities Act (ADA) has landed in New York courts in recent months, Artnet News has learned.

At least three New York-based plaintiffs who are visually impaired have brought more than 100 lawsuits against a wide range of businesses and organizations, including an estimated 50 art galleries. Two law firms have handled most, if not all, of the suits.

A slate of similar cases was filed against roughly 80 galleries three years ago. The main difference this time is that even though the lawsuits have been filed in the Southern District of New York, they now target galleries outside of New York City—including in Los Angeles and Miami—based on the fact that those galleries sell to New York clients or operate websites that can be used by buyers in New York.

Representatives for the Art Dealers Association of America (ADAA) confirmed to Artnet News that they are aware of 50 galleries being sued in recent weeks by the same law firms as in 2018 and 2019, bringing the total to about 180 galleries. The ADAA did not disclose the names of galleries that have been sued. The two law firms cited in court papers are New York-based Justin A. Zeller and Gottlieb Associates. Neither firm responded to Artnet News’s request for comment. A search of court records confirmed that New York galleries including Casey Kaplan, Cheim & Read, Almine Rech, and Los Angeles galleries Kayne Griffin and Corcoran, Kohn Gallery, and Night Gallery are among the dozens that have been sued.

None of the galleries responded to a request for comment.

Most of the lawsuits against the galleries were filed by a plaintiff named James Murphy, who is described as “a visually-impaired and legally blind person who requires screen-reading software to read website content using his computer,” according to the complaint. Another plaintiff named Yony Sosa, with an identical description of visual impairment, has filed more than 80 lawsuits, court records show, including against Pratt Institute and Stricoff Fine Art in Chelsea, several antiques dealers, and food and candy companies such as Tootsie Roll Industries LLC.

A third plaintiff named Denise Crumwell, also described as being visually impaired, brought the lawsuits against Cheim & Read and Casey Kaplan. She has also sued a company described as The Laundress, which provides plant-derived laundry and home cleaning products, the personal-care company Love Wellness, and the candle purveyor Boy Smells.

As a result of the new set of claims, the ADAA recently held the second of two webinars in three years for member galleries in which attorney Joseph DiPalma explained the legal background and recommended resources to help galleries determine whether or not their websites are compliant.

“We have been tracking cases since late 2018 and have seen an uptick again,” said ADAA executive director Maureen Bray. After a quiet 2020, “the fall of 2021 is when we saw another significant spike in these type of lawsuits across industries, but of course in the gallery industry as well.”

What struck the association this time around, she says, is the additional text in the suits that specifically talks about “physical nexus.”

“Galleries in other states, like California for instance, are being sued in New York,” Bray noted, “claiming nexus here due to their participation in a New York art fair, or because their websites make them open to business from New York-based clients.” While Bray said that “galleries want their websites to be accessible to as many people as possible… the real frustration is that there are no clear and concise guidelines to make compliance straightforward.”

When the ADA law was first passed in 1990, the internet was not as omnipresent as it is today, leaving a vast gray area over what defines an accessible website. Since 2010, the Department of Justice has been working to develop uniform guidelines. But the Trump administration, which had actively sought to reduce government regulations, abruptly stopped drafting the new rules in late 2017. It remains unclear whether the Biden administration has plans to tighten or further clarify the rules.

In a statement to Artnet News, Tom Stebbins, executive director of Lawsuit Reform Alliance of New York, noted that lawyers often target specific industries so that they “do not have to change much on their cut-and-paste lawsuits.” As the pandemic accelerates the public’s reliance on digital tools, he added, “it is more important than ever for Congress and the Biden administration to create clear rules for website accessibility. It is time for Washington to act, and protect both businesses and people with disabilities from predatory lawyers.”

Attorney Joseph DiPalma said that he anticipates these types of cases to continue in large numbers “until there is some legislation to address this issue.”

The lawsuits contend that the Department of Justice first said the ADA applies to websites more than 20 years ago. They allege that each gallery is responsible for a “failure to design, construct, maintain, and operate its website to be fully accessible to and independently usable by plaintiff and other blind or visually-impaired people.”

The suits further allege that the discrimination is “particularly acute during the current COVID-19 global pandemic,” since “Americans living with disabilities are at higher risk for severe illness” and “are recommended to shelter in place throughout the duration of the pandemic.”

The complaints also appear to draw a link between website access and visiting the gallery space. For instance, Crumwell’s suit against Casey Kaplan alleges that “on several separate occasions, plaintiff has been denied the full use and enjoyment of the facilities, goods, and services” on the gallery’s website. “These access barriers… now deter Plaintiff on a regular basis from visiting defendant’s brick-and mortar art gallery location and exhibitions.”

The complaint states while trying to get information about purchasing an artwork on the website, most recently as of August 2021, Crumwell encountered “multiple access barriers that denied… a shopping experience similar to that of a sighted person and full and equal access.” Crumwell adds that she intends to revisit the site to obtain information “about viewing and/or purchasing works of art” as soon as these barriers are removed.

Among the problems cited in several of the complaints about the galleries’ websites are empty links that contain no text; redundant links; and linked images missing alt text.

According to a recently released report from accountability.com, in 2021, there were 2,352 web accessibility lawsuits filed in federal court and in California state court under the Unruh Act. This represents a 14.3 percent increase from the 2,058 cases filed nationwide in 2020. New York had the highest number of filings, with 1,474 cases.

Is Trump’s Hold On The GOP Still Strong?