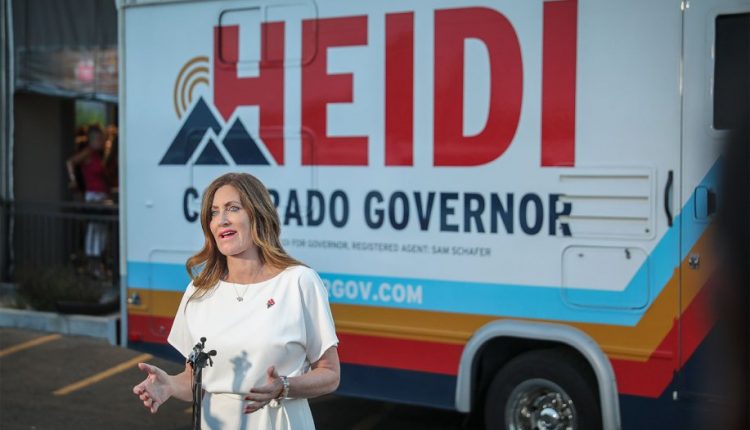 In the last midterm elections, Democratic women won a historic number of congressional races. Two years later, the GOP had its own “Year of the Woman.” But now that the 2022 primaries are long over, we can say that any signs that Republican women would continue to gain on their Democratic counterparts were likely a flash in the pan, not a watershed.

FiveThirtyEight, with an assist from political scientists Bernard Fraga and Hunter Rendleman, collected a trove of demographic and political information (such as endorsements, race and ethnicity and gender) for every major-party candidate running in a Senate, House and governor’s race this cycle. Based on our analysis of this data, the share of women running for office this November is lower than it was in 2020 (with one type of office serving as a notable exception). Both parties have passed on opportunities to add more women to their ranks. But Democrats have provided more opportunities for female politicians than Republicans — thanks in part to divisions in the GOP’s infrastructure for electing women.

How many women are running and winning?

Overall, women remain underrepresented in politics. Women are 51 percent of the voting-age population in the U.S., but only 27 percent of candidates who ran in primaries for Senate, House or governor this cycle were women.1 This is not because 3-in-10 candidates in each party are women: As has been the norm for a few decades, women made up a larger share of Democratic candidates than Republican candidates. There are many explanations for this persistent disparity. For instance, the potential candidate pool for Democrats is larger, as pipelines to political office are occupied by more Democratic than Republican women, and more women identify as Democrats than Republicans.

This trend gets more complicated if you look beyond Congress, as women from both parties broke records in gubernatorial races. Among Democrats, women were 30 percent of the gubernatorial candidate pool but 44 percent of nominees. Among Republicans, women constituted 20 percent of the candidate pool but 24 percent of nominees. This is remarkable because while women have increased their representation in Congress and state legislatures for the last several election cycles, governors’ mansions have been more of a challenge. There are still 19 states that have yet to have a female governor. But this year, three of those 19 states could elect their first female governor: Arkansas, Colorado and Georgia. (According to the FiveThirtyEight forecast, Republican Sarah Huckabee Sanders is almost certain to win in Arkansas. But Republican Heidi Ganahl in Colorado and Democrat Stacey Abrams in Georgia are underdogs.)

In five other states — Alabama, Arizona, Iowa, Michigan and Oregon — both majority-party nominees are women, guaranteeing a female governor (though not the first in any of these states). In Oregon, there is even a competitive three-way race between female candidates: Democrat Tina Kotek, Republican Christine Drazan and independent Betsy Johnson. Of the 36 governors races this cycle, a woman will be on the general election ballot in 20.

How racially diverse are women candidates?

White men are still the largest share of candidates and nominees for both parties, and both parties ran and nominated far more white men than white women. But, interestingly, there is more gender parity among candidates of other races.4 For example, according to Fraga and Rendleman’s data, Republicans nominated almost as many Latinas as Latinos. And Democrats nominated more Black women than Black men. That’s notable given how Black women are often considered the “backbone” of the Democratic Party.

How many women won primaries without incumbents?

Incumbents are disproportionately men. Incumbents also almost always win reelection. So female candidates tend to have the best shot in open seats. But women in 2022 aren’t succeeding in incumbent-less primaries at nearly the same rate they did in 2020 or 2018.

How important are endorsements from women’s groups?

Another reason Democrats nominate more women than Republicans is that groups that recruit, train and support women are more integrated into their party’s networks. EMILY’s List, for instance, has deep pockets and has influenced primaries for decades by recruiting and financially supporting qualified and experienced women early in their primaries.

The GOP also has organizations that aim to elect more women. Still, they are less integrated into their party’s donor networks and have less influence. Republican voters have also made less of a push to prioritize electing women. In 2018, the now third-ranking Republican in the House, Rep. Elise Stefanik, started E-PAC to support a bench of female candidates, a move that initially received pushback from the party. However, the party and E-PAC eventually made amends, and their candidates did well in 2020 primaries.

We looked at the candidates endorsed by EMILY’s List and four Republican women’s groups in the 2022 incumbent-less primaries and how often they won. Unsurprisingly, EMILY’s List had the best win rate of the five groups, exceeding its 2020 win rate of 84 percent. EMILY’s List also endorsed two candidates running against incumbents: Jessica Cisneros, who challenged Rep. Henry Cuellar in Texas, and Nellie Gorbea, who challenged Gov. Daniel McKee in Rhode Island. (Both women lost.)

This illustrates one of the many obstacles to Republicans electing more women: a lack of coordination among party elites. Of course, women are not a monolith. These endorsement disagreements may reflect existing (and growing) ideological fissures within the GOP, such as embracing Trumpism. However, the ideological winds could have been working against Republican women in other ways. According to political science research, Republican women who run for office are perceived as more moderate than Republican men, even when they aren’t. And the perception that women are more moderate may have hurt women in Republican primaries in deep-red states, especially when they face off against a candidate with Trump’s endorsement.

The GOP’s struggle to elect more women clearly has more than one root cause. But both parties still have a long way to go before they reach gender parity.

CORRECTION (Oct. 12, 2022, 6:10 p.m.): The data originally used in this article did not include Taysha DeVaughan, the Democratic nominee for Virginia’s 9th Congressional District. The share of Democratic nominees in incumbent-less primaries who are women and the tables listing the total number of female nominees by party and each party’s share of candidates by gender and race have been corrected to reflect her addition.

The Poet e.e. cummings Was Also a Painter, and His ‘Radical, Abstract’ Work Is on View at the Whitney