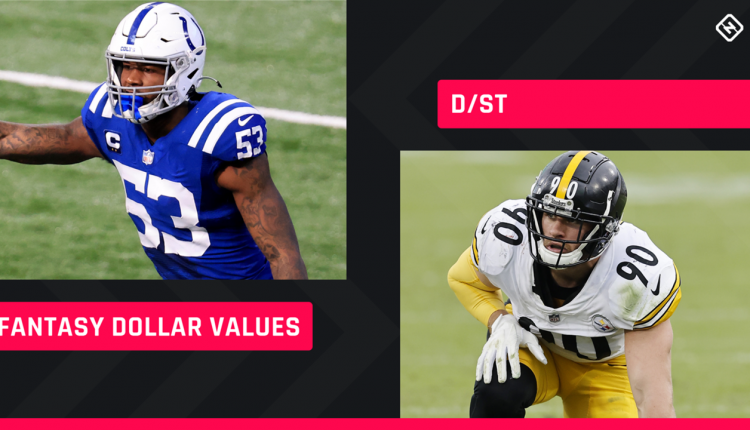 There’s always at least one fantasy football owner in a snake draft who overdrafts a defense. Sometimes it’s because they’re on autopick or they think they need to fill in all of their starters before taking backups; other times it’s because they’re convinced they’ve finally cracked the preseason code for which defense will vastly outscore all others. In auction drafts, it’s much less likely someone significantly overpays for a D/ST…unless they have money left over at the end and defense is the only position they need. Simply put, projected preseason auction values for D/STs are always low, and even a novice fantasy owner can figure out that every dollar matters.

FantasyPros’ D/ST auction projections are a good guide for how to handle things when the first defense gets nominated. Based on consensus experts’ rankings, FantasyPros has determined that you shouldn’t be bidding more than $2 for any defense. You can debate which ones are actually worth $2 — our snake-draft rankings are higher on the Ravens and Patriots, for example — but even if you really want an elite defensive unit, don’t get caught in a bidding war. Defense is as volatile as any position in fantasy football, and chances are you will be dropping your D/ST at some point in the season, be it because of a bad matchup or a bye.

You never want to look back at the end of your auction and regret not bidding a dollar or two more on a stud position player because you wound up paying $3 or $4 for your preferred D/ST. If you want the Steelers but wind up with the Colts, you’ll survive. We promise.

Again, you might quibble with the list below because of the teams included. It’s easy to make a case that the Bills, Chiefs, or Vikings will be better than the 49ers, Seahawks, or Cardinals this year. If you want to pay $1 for them, go for it. Ultimately, the best strategy might be studying a teams’ first two or three games and finding one with favorable projected matchups. After a few weeks, you can play matchups the rest of the way (assuming you have $0 free agent pickups). That’s usually a better strategy than setting-and-forgetting anyway.

Regardless of your season-long D/ST gameplan, it should all start with not overpaying in your auction. It’s always easier (and cheaper) to replace a defense than it is to find or replace a stud RB or WR.

We’ll update these D/ST auction values until Week 1, so check back for updates.

Scoring based on Yahoo default settings.

All D/STs not listed valued at $0.

For more rankings and analysis of individual D/STs, click here.