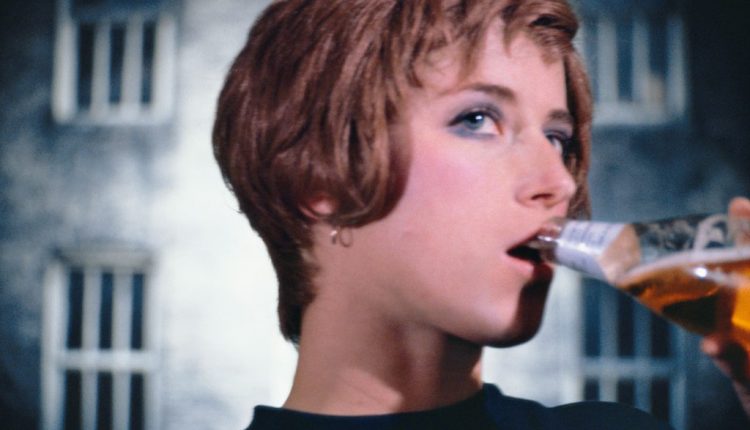 In Los Angeles, the gallery calendar this season is packed with a healthy range of excellent work to see, from conceptual to social realist, from textile-based to figurative. There are two very different takes on studio portrait photography, as well as wide-ranging presentations by or devoted to beloved artists who’ve recently passed, plus a spate of galleries who are new in town (Karma, branching out from New York, and more to come). To get you oriented, Artnet News has compiled our top 10 picks below. Before her untimely death from cancer in 2021, Kaari Upson was a beloved fixture in the art community of Los Angeles and beyond, whose multidisciplinary practice evinced a dark humor and boundless imagination. Sprüth Magers presents her final bodies of work, including Portrait (Vain Germans), ghostly wall-mounted panels of both painting and sculpture that debuted during the most recent Venice Biennale. Yukie Ishikawa’s distinct style of painting is notable for its pointed deconstruction of Minimalism’s monochromes and tidy, right-angled grids, deploying curved and irregular lines in their place. Blum & Poe presents the latest in the Japanese artist’s “Impermanence” series, an ongoing body painted over previous works, sometimes adding sand to the paint for texture. Based on the ever-changing view outside her Hidaka City studio window, fine-lined grids form the ghostly abstractions of buildings that shape the urban landscape.

Shahryar Nashat, “Happier Than Ever” Nashat makes intriguingly tactile floor- and wall-based sculptures, as well as paintings and video installations. In his second showing with David Kordansky, “Lover.JPEG,” Nashat coolly conveys the at times unsettlingly brutal aspects of love and passion. We see paintings of a cross-section of a chest cavity; skeins of viscous urethane dripping down from the ceiling, as if sweat traveling down a spine; while floor sculptures offer hints of a now-absent bodily form, like the imprint of a paramour’s body in bed. Shooting nudes against a black-velvet backdrop with salon-style furniture, Paul Mpagi Sepuya explores the traditions of 19th-century European and North American photography through a queer, playful lens. In the artist’s latest photographic series, “darkroom” functions as a double entendre, where his subjects are bathed in the red light of processing film while evoking clandestine encounters. He also captures them the bright light of day, producing two opposing moods in the exhibition. The Los Angeles-based Nikita Gale is a conceptual artist working in assemblage and installation, often with kinetic and sound-based features. Their latest solo exhibition of roving spotlights and musical equipment considers the holocene, an era of life on earth defined by large-scale agriculture and the civilizations shaped by it, as a hollow scene—that is, a site of potential to be filled.

“Stars Don’t Stand Still in the Sky: A Tribute to Lawrence Weiner” Bidding fond farewell to the groundbreaking pioneer of Conceptual art, who passed away late last year, Regen Projects presents works by a sprawling constellation of more than 50 artists who revolved in Weiner’s orbit in one way or another. There are the text-based artists working in his legacy of language as a medium (Jenny Holzer, Ed Ruscha); the artists who made his portrait (Catherine Opie, Wolfgang Tillmans); and those who were longtime friends (Matthew Barney, Abraham Cruzvillegas, and many more). Taken together, their works show that the dialogue Weiner sparked remains potent.

Where Peter Bradley’s abstract canvases are colorful and effusive, splattered and brushed with kaleidoscopic shades of gel-acrylic, the late Hughie Lee-Smith often painted the desolation of urban decay, evoking his early life in the industrial Midwest during the Great Depression. According to Karma, these disparate bodies of work shown together represent “two divergent paths of Black Modernism,” as well as inaugurate the New York gallery’s new West Hollywood space. Known for her chromatic, abstracted approach to the female body, Mira Dancy subverts the traditional annunciation painting in her latest works, musing on bodily autonomy by depicting a Madonna without child. The gallery’s recently expanded space also has on view “Convict Lake,” a solo exhibition of new photographs by Melanie Schiff, and a group exhibition, “The Heavy Light Show.” The latter features sculpture and installation in which light is the “silent collaborator,” as orchestrated by artists including Olivia Erlanger, Anne Libby, and MPA. Hauser & Wirth delivers a trio of heavy hitters this fall. Curated by Legacy Russell, of the Kitchen in New York, “The New Bend” features artists, including Dawn Williams Boyd, and Eric N. Mack, whose quilting and textile practices are part of a legacy passed down from the traditions of Black women in the American South. Also on view are over 100 works from Cindy’s Sherman’s groundbreaking early series from the 1970s and ’80s, including the “Untitled Film Stills” and rear-screen projections, plus the first solo exhibition in Los Angeles by Turner Prize-winning artist Martin Creed. Splitting his time between his birthplace of Lexington, Virginia, and his adopted home of Gaeta, Italy, the ever-prolific Abstract Expressionist painter Cy Twombly continued working well into the 21st century, returning to large-scale canvases in the final decade of his life. Gagosian presents a suite of late Twomblies, including paintings, works on paper, and the sculptures he made from scraps in his studio, to coincide with the Getty Museum exhibition “Cy Twombly: Making Past Present,” on view through October 30.

Is Arne Glimcher’s New Tribeca Gallery a Vanity Project? ‘Maybe It Is,’ He Says